Are Parasites Key to Longer Life?

Ant workers that are infected with a tapeworm live much longer than their uninfected nest-mates. Parasitic infections are usually harmful to their hosts, but there are some exceptions. According to the results of a multi-year scientific study, ants of the species Temnothorax nylanderi show exceptionally high survival rates when infected with a tapeworm. “The lifespan of the infected ants is significantly prolonged. According to our observations, such workers have a survival rate similar to that of queens,” said Professor Susanne Foitzik of Johannes Gutenberg University Mainz (JGU), leader of the study. Queens of this species can live for up to 20 years, while female workers rarely reach the age of two. Among possible explanations for this extended lifespan are the change in the physiology of infected ants caused by the parasites and the fact that infected workers are better supplied with food.

Social care in the nest linked to longer life

In the case of ants, there is a stark divergence in lifespan between female castes. Many ant queens can survive for several decades. They spend almost all their lives safely in the nest where they are cared for by the workers, their daughters. In contrast, ant workers live for only a few weeks or months or, in rare cases, a few years. The infertile workers carry out all tasks in the nest, starting in brood care and progressing to riskier activities outside the colony as they grow older, such as foraging for food. The high life expectancy of queens is due to their low mortality rate, which is attributable to the high levels of social care they receive, their safe environment, and the activation of physiological repair mechanisms.

These factors may also contribute to the extremely high survival rates of Temnothorax-nylanderi workers infected with a tapeworm. This species of ant is common in Central Europe and forms small colonies on the forest floor, inside acorns or wooden branches. The insects are relatively small, with a body length of just two to three millimeters. They serve as an intermediate host for the tapeworm Anomotaenia brevis, whereby a single ant can be infected by up to 70 parasitic larvae. The parasites survive in the hemolymph, the body fluid of insects. Their complex life cycle is completed once they have been ingested by a woodpecker that feeds on the ants.

The research team led by Professor Susanne Foitzik looked at the long-term consequences of the parasitic infection by collecting ant colonies from forests around Mainz and observing them in the laboratory. “We tracked the survival rate of the workers and queens in both infected and uninfected ant colonies over three years, until more than 95 percent of the uninfected workers had died,” explained Foitzik. At that point, over half of the infected workers were still alive — exhibiting a survival rate practically identical to that of the long-lived queens. “It is quite extraordinary that a parasite can trigger such a positive change in its host. This lifespan extension is very unusual,” emphasized the JGU-based evolutionary biologist.

The infected ants are easily distinguished from their brown nest-mates due to their lighter, yellow color, an effect that results from their cuticle being less pigmented. They are also less active and receive enhanced care from other workers in the nest. “The infected insects get more attention and are fed, cleaned, and looked after better. They even benefit from slightly more care than the nest’s queen,” explained Professor Susanne Foitzik. The tests also revealed that infected ants have metabolic rates and lipid levels similar to those of younger ants. It would seem that these ants remain in a permanent juvenile stage as a result of the infection. This is likely down to both the tapeworm larvae altering the expression of ant genes that affect aging and to the parasites’ release of proteins containing antioxidants into the ants’ hemolymph.

Even though the mystery of their long life has not yet been fully resolved, the behavior of the infected ants themselves does not seem to be the decisive factor. The research team, which included scientists from the Max Planck Institute for Biology of Ageing and Tel Aviv University, found no evidence that the insects actively beg for better care. However, chemical signals on the cuticle of infected ants were found to elicit more attention of their nest-mates. “The infected insects live a life of luxury, but the fact that they receive more social care cannot alone account for their prolonged lifespan,” concluded Foitzik. The scientists will undertake further research in order to identify the factors, particularly on the molecular and epigenetic level, behind the infected workers death-defying attributes. 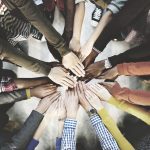 How Does Cooperation Manifest Itself?Naturopathic News 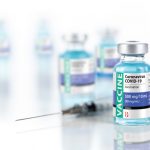