Autism Linked to Maternal Antidepressant Use

A cohort study published in JAMA Pediatrics found that antidepressants taken during pregnancy led to an 87 percent increased risk of autism. The study included 145,456 children born in Quebec to measure whether exposure to antidepressants in utero affected the risk of developing autism spectrum disorder. The study defined “exposure to antidepressants” as the mother having one or more prescriptions for antidepressant medications filled in the second or third trimesters of pregnancy. Researchers studied children from conception through age 10, taking into account other factors such as family history, maternal age, and various socio-economic factors.

After reviewing the data collected over a 10-year period, researchers concluded that the use of antidepressants, more specifically selective serotonin reuptake inhibitors, in second and third trimesters substantially increases the risk of a child developing autism. While these findings are significant, researchers still need to look further into specifically what dosages and antidepressant types are most closely associated with autism. 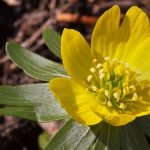 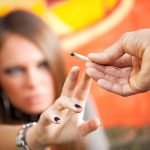