New research presented at this year’s Euroanaesthesia congress in Vienna, Austria (1-3 June) shows that mortality in patients who had undergone heart bypass surgery was over 4 times higher in individuals with a high body fat mass, while body mass index (BMI) by itself was not associated with an increase in mortality. The research was conducted by Dr Xavier Leroy of the Department of Anaesthesia and Resuscitation, CHU Lille, Lille, France and colleagues.

Mortality 4 x higher for heart bypass recipients with high body fat mass, while (BMI) by itself was not associated with increased mortality

There is conflicting evidence about the existence of the so-called obesity paradox when it comes to cardiac surgery, which is the theory that obesity as defined by BMI may offer a protective effect to the patient and reduce their risk of post-operative mortality. The authors suggest that other factors which are known to impact clinical outcomes in a range of settings such as body composition, referring to fat mass (FM) and lean body weight (LBW), may complicate the situation and lead to the inconsistent results seen in previous research.

The team performed a retrospective study of 3373 patients who had undergone elective cardiac surgery with cardiopulmonary bypass from January 2013 until December 2016. Patient BMI (measured using the WHO definition) and body composition were calculated from clinical and administrative records and compared to patient mortality within 30 days of the operation. A further analysis was performed to investigate the association of BMI and body composition with a prolonged stay in the intensive care unit (ICU), with prolonged defined as being in the uppermost quartile (patients in the highest 25%) of length of stay (LOS).

Across the entire sample of patients, mortality within 30 days occurred in 2.1% of cases and significant differences were observed among BMI, FM, and LBW categories. Unlike BMI however, FM and LBW were found to be independently associated with mortality.

The authors conclude: “BMI was independently associated with a prolonged ICU length of stay, as were being in the highest fat mass and lowest lean body weight categories,” explains Dr Leroy. “The lower the LBW or the higher the FM and BMI were, the longer the length of stay in intensive care.”

Here’s what the findings revealed

He concludes, “overall, our findings showed that unlike BMI, lower lean body weight and higher fat mass in patients were independently associated with increased mortality after heart bypass surgery.” 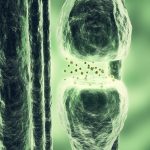 Targeting the Endocannabinoid System May be Next Solution to OCDNaturopathic News 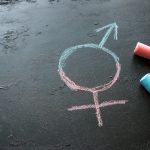 Transgender No Longer a “Mental Disorder,” and Other ICD-11 ChangesNaturopathic News