House Cleaning and Handwashing Can Lower Exposure to Flame Retardants

A recent study showed that cleaning your house frequently, and washing your hands may actually help lower your contact with flame-retardant chemicals.1 The study is from Columbia Center for Children’s Environmental Health (CCCEH) at Columbia University’s Mailman School of Public Health.

The study looked at a common OPFRS, Tris (1,3-dichlorisopropyl) phosphate, known as Tris, and 6 other flame retardants. The Environmental Protection Agency (EPA) actually does recommend taking steps such as handwashing and dusting with moist cloth, wet mopping and vacuuming in order to reduce flame retardant exposure. To determine the effectiveness of these practices, researchers designed a study that looked at both handwashing and house cleaning. 32 women were enrolled in the study. Each participant was assigned to one of the two interventions for one week. During the second week of the study, participants were asked to do extra handwashing and house cleaning. Urine samples were taken before the study began, and at one and two weeks. 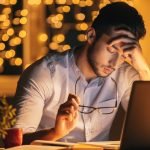 Estrogen May Also be a Factor in Migraines for MenNaturopathic News 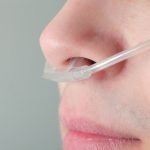