Mental And Physical Exercise Provide Different Benefits For Our Brain

A recent study released by the Center for BrainHealth, at the University of Texas, has discovered that cognitive brain exercises, and aerobic physical exercises, provide unique benefits to brain function.

Researchers were interested in the positive effects that cognitive and physical training would have on brain function. Thirty-six adults, between the ages of 56 to 75 were recruited, and randomly selected to one of two groups. Individuals were considered to be sedentary at baseline.

Each group participated in either physical, or cognitive training, based on their group assignment. Training involved three hours per week, over a period of 12 weeks. Neurocognitive, physiological data, as well as magnetic resonance imaging (MRI), was completed for each individual, in order to monitor changes. The cognitive exercise group participated in Strategic Memory Advanced Reasoning Training (SMART), which focuses in executive functioning. More specifically its purpose is to train strategic attention, the ability to synthesize information on a deeper level, and problem solving. The physical activity group participated in three, 60-minute bouts of activity. This included five minutes of cool down and warm up, with a 50 minutes aerobic exercise component, in the form of walking on a treadmill or cycling. These participants were required to maintain 50 to 75 percent maximum heart rate.

Results emphasize that both cognitive and physical activities are necessary to promote overall brain performance and functioning, as each type of training provides different benefits. 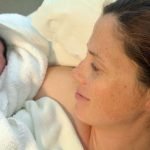 How are Labor and Delivery Triggered?Naturopathic News 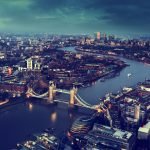