Study on a Very Real Phone-nomenon

A recent article has elucidated quite nicely some specific considerations which may not be intuitively obvious to an older generation when it comes to the idea of “smart-phone addiction” or overuse. A study which was recently published has been researching this very real phenomenon, and has some very interesting points, and some new terminology.1

Nomophobia: A Physiological Experience That May Raise Blood Pressure and Heart Rate

There is a feeling of anxiety that many people experience when they are without their phone, either leaving it at home or when it runs out of battery. It’s a very real physiological experience that can raise blood pressure and increase the heart rate. The psycho-medical term for this condition is: “nomophobia,” which is short for “no-mobile device phobia.” The explanation of this phobia suggests that individuals are increasingly perceiving their phones as an extension of the self, which inherently leads to attachment to the devices. When people are separated from their phones, they feel anxiety much in the same way as lots of individuals feel separation anxiety when away from a partner, child or parent.

The current study concludes that the underlying reason for this anxiety is a fear of missing out, or Fomo. As more and more of people’s lives are intimately intertwined and contained on devices, such as social media platforms, emails, and apps that store all sorts of personal information, it’s not surprising that it feels strange when these things aren’t accessible. In fact, teenager’s entire lives may be seen as contained within their devices, the age group that has been raised by these new technologies. However, the researchers of this study did comment on the relative ease that teenagers seem to have adjusting when on holiday without internet connection – which does undermine the idea that “addiction” is a general phenomenon of ubiquitous phone use.

There is a quiz that was included in the article which was interesting.2 It contains 20 questions that address the specific emotional experiences individuals have when relating to their phones, or when they are without their phone.

Like many various forms of anxiety, the recommended solutions to nomophobia are to use mindful awareness practices as well as setting aside time to intentionally be without a phone. The idea presented in the article is not to train oneself to go without the phone, but to be aware that being without the phone doesn’t inherently have to lead to anxiety and feelings of discomfort. It is not realistic for most people to go long periods of time without their phones, especially when these devices contain personal information and are utilized for business. But we don’t have to be plagued by feelings of lack, loss, and fear when we accidently leave it at home. 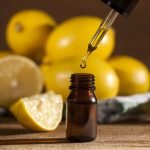 All Essential Oils are Not Created EquallyNaturopathic News 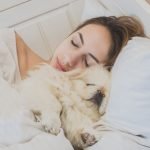 How Does Sharing a Bed with Your Dog Affect Your Sleep?Naturopathic News