Research is showing that oregano essential oils have antimicrobial attributes and may be used to fight gram positive bacterium such as Staphylococcus.

Oregano oil is derived from the leaves and flowers of the bushy perennial herb native to Europe. While herbalists have used oregano oil as an antibacterial, antiviral and antifungal for centuries, modern science is confirming its qualities through studies, such as the one from Argentina, “Antimicrobial, mechanical and barrier properties of triticale protein films incorporated with oregano essential oil,” published online in Food Bioscience’s September 2013 edition.

That articles evaluated different concentrations of the oil on antimicrobial activity and on mechanical and barrier properties of films plasticized with glycerol compared to control films without an antimicrobial agent.

The results proved the permanence of OEO in the polymer matrix after processing, making them able to be used as active additives in film formulation.
Adam Graves ND, LAc, who practices at Colorado Natural Medicine, in Castle Rock, Co and specializes in Hormones, Digestion, Pain and Fatigue, says “Oregano oil has been used traditionally as an antimicrobial agent. This study adds to the evidence that it has anti-microbial activity, specifically when in come to Staphyloccoccus.”

He said the use of oregano oil should be taken into account more often as a result of this study.
“In a time of antibiotic resistance bacteria, natural antimicrobials will play a larger role in preventing infections, and oregano oil should be strongly considered based on this research,” Graves said. 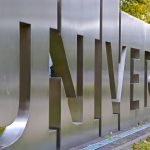