Reversing Memory Loss of Alzheimer’s May be Around the Corner

A recent research study is looking at the possibility of reversing memory loss progression in Alzheimer’s Disease (AD) by addressing an enzymatic component which underlies the cognitive degeneration seen in the disease.1 In AD, there seems to be an enzyme that forms a blockade in the process of memory creation and utilization. The enzyme is known as HDAC2, part of the histone deacetylase family. HDAC2 is responsible for turning off genes.

HDAC2 has been a target of AD research for some time, however, blocking the enzyme has led to negative effects on other HDAC family enzymes (toxic effects). The current group has figured out a way to specifically target HDAC2 through its interaction with binding protein Sp3. HDAC2 is thought to serve as a master facilitator of memory gene expression. During AD it becomes elevated and causes an epigenetic block of memory genes being expressed. By either inhibiting activity of HDAC2, or decreasing levels, it may be possible to regain memory in affected individuals.

Most of the current drugs which block HDAC also affect HDAC1, which because of its necessity for cell proliferation can have toxic side effects. After analyzing thousands of genes which interact with HDAC2, one specific gene, called Sp3, was found to be necessary in recruiting HDAC2 to chromatin, an initial step in the memory blockade. By deactivating Sp3, long-term memories were able to be formed, signifying an alteration of the HDAC2 activity. The scientists used an RNA strand to “knockdown” the Sp3 genes, which worked in the murine model, but for clinical usefulness the development of protein derived drug or chemical compound will be necessary. The most likely candidate at this time is a small component of the protein HDAC2 that binds to Sp3. When this protein fragment was engineered to be overproduced by neurons, it helped “sopp” up most of the Sp3, thereby inhibiting HDAC2 from being bound. The protein fragment seemingly did not interfere with other HDAC enzyme activity. 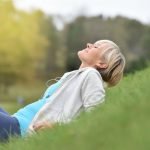 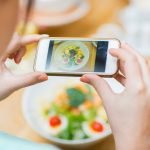 Instagram Photos May Help Diagnose Depression in the FutureNaturopathic News