Registration to be included in the directory is free, and is open to accredited NDs only. A membership at MedicineTalk.org is not required for the public to view listings.

For more information, visit the ND Corner at www.MedicineTalk.org.

Participants of the study remained free of the fear memory for at least a year.

“Inspired by basic science studies in rodents, these new findings in humans hold promise for being translated into improved therapies for the treatment of anxiety disorders, (such as post-traumatic stress disorder/PTSD),” said NIMH Director Thomas R. Insel, MD.

The results add support to the hypothesis that emotional memories are reconsolidated – rendered vulnerable to being modified – each time they are retrieved. That is, reactivating a memory opens what researchers call “reconsolidation window,” a time-limited period when it can be changed.

“This adaptive update mechanism appears to have evolved to allow new information available at the time of retrieval to be incorporated into the brain’s original representation of the memory,” Phelps said.

The human study conditioned human participants to fear colored squares by intermittently pairing them with mild wrist shocks. Then, a day later, the memory was reactivated by re-exposing participants to the squares. A measure of nervous system arousal confirmed that they experienced a fear response. Extinction training – repeated trials of exposure to the colored squares without shocks – followed.

Those trained after the 6-hour consolidation window remained afraid of the squares – as did a control group that received extinction training without first experiencing reactivation of the fear memory.

In a follow-up experiment to gauge long-term effects a year later, 19 of the original participants received a potent regimen to reinstate the fear: four shocks followed by presentations of the colored squares.

In a similar experiment, the researchers also confirmed that the fear memory was blocked only for the specific colored square for which fear memory was reactivated prior to extinction training. The effect did not generalize to a differently colored square associated with the shocks. This indicated that memory re-writing during reconsolidation is highly specific and that prior reactivation with the specific stimuli is critical.

“Timing may have a more important role in the control of fear than previously appreciated,” Phelps said. “Our memory reflects our last retrieval of it rather than an exact account of the original event.”

Evidence suggests that the behavioral manipulation may work through the same molecular mechanisms as experimental medications under study for quelling traumatic emotional memories.

“Using a more natural intervention that captures the adaptive purpose of reconsolidation allows a safe and easily implemented way to prevent the return of fear,” suggest the investigators. 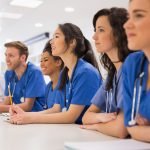 Research in ND Land Myths and Possibilities in a Brave New World: Part 2 of 2Naturopathic News