Director-General of the WHO, Tedros Adhanom Ghebreyesus, states that “A lack of effective antibiotics is as serious a security threat as a sudden and deadly disease outbreak.” He acknowledges that in order to “turn back the tide of antimicrobial resistance,” action in multiple sectors is crucial; this includes agricultural and pastoral uses. It is already well known that there is overuse of antibiotics in medicine, however, the use of antibiotics on animals is way more prolific than in humans; in healthy animals.

First of its Kind from the WHO

This is the first formal guideline document of this nature from the WHO. It calls to attention that in many countries 80 percent of antibiotic consumption is from animals, and this is a major threat for antibiotic resistance. It calls for a “complete reduction in the use of all classes of medically important antibiotics in food producing healthy animals.” It also states that “antibiotics should not be used for the purposes of disease prevention without diagnosis.” The WHO urges disease prevention through improved hygiene and animal husbandry practices.

This statement comes 11 years after the European Union banned the use of antibiotics for enhancing animal growth. The consumer market is also demanding antibiotic free end products. The WHO is looking to support similar bans in other countries with this release, as well as the banning of all future antibiotics developed for animal use. 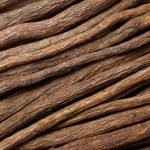 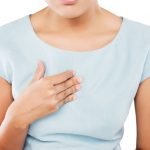