When a cancer gets to be a mass of cells about 1mm in diameter, it must get extra blood and lymph vessels to maintain the abnormal rate of growth. Oxygen and nutrients can only passively diffuse across that magic millimeter. As malignant cells run low on oxygen, they release distress signals that recruit peripheral stem cells and immune cells to make chemicals that sprout new vessels, particularly vascular endothelial growth factor (VEGF). If they cannot get this increase in blood and drainage, the cancer will not continue to grow fast enough to be a disease – and tumors can die without oxygen. Note that all of this happens long before a tumor is detectable to any current diagnostic test.

In every way, the immune cells act to support the health and growth of the tumor cells. They appear to see the cells as damaged host cells, and go into repair mode. Macrophages even provide the tools to soften the intracellular matrix and allow tumor invasion into healthy tissue, including into blood and lymph vessels.

By the time a cancer is diagnosed, at a diameter around 1cm, chaotic blood vessels in the tumor are typically so leaky they raise the fluid pressure in the tumor so high it squashes the blood flow, and the tumor develops areas of low oxygen, resulting in hypoxia. There may even be areas that have no oxygen at all, and parts of the tumor will die. Areas with severe anoxia die by necrosis. Hypoxic cells cannot be killed by radiation, and the poor blood supply precludes adequate drug delivery.

The cancer cells survive by switching to fermentation of sugars for energy, which is less efficient. Unfortunately they do not slow down for long. The lactic acid byproduct of fermentation is a major growth trigger that accelerates the doubling of the cancer cells. Soon another cycle of angiogenesis ensues.

Hypoxia directly impacts the ability of the mitochondria to produce energy from sugar by oxidative phosphorylation. Free radicals build up, particularly hydrogen peroxide, which alters mitochondrial membrane potentials and induces membrane lipid peroxidation. Damaged mitochondria cannot release cytochrome C to initiate apoptosis, and the cell loses energy needed to run vital protective functions such as apoptosis. The cancer cell will not die, despite severe stress. Glycolysis shifts to the cytoplasm, and a fermentative process. Dormant mitochondria will not spontaneously revert to oxidative metabolism even if oxygen levels are restored to normal.

We have known for years how to wake up the mitochondria in patients with chronic fatigue syndrome and fibromyalgia. Coenzyme Q10, magnesium malate and alpha lipoic acid are commonly used by NDs targeting putative autoimmune damage to mitochondria. The clinical improvement in patient vitality is thought to also include more available energy for repair of the damaged organelles. We have not been keen to try this with cancers because burning sugars in mitochondria makes about 18 times more energy than by fermentation outside the mitochondria. No one wants to give the cancer
more energy to grow on!

However, it turns out from studies in rats using the drug dichloroacetate (DCA) that blocking the enzyme pyruvate dehydrogenase kinase that makes lactate from pyruvate wakes up the mitochondria in cancer cells – and the cells immediately go into their death and recycling program. This apoptosis program is innate in every human cell, and will turn off any cells found to have passed 50 doublings or having more than 50,000 to 60,000 errors or mutations in its DNA. The p53 gene runs this check on the DNA at the cellcycle checkpoint just before copying the cell. If enough cells enter apoptosis, the tumors disappear and the patient has hope for a cure.

The bad news is that DCA is very experimental, despite the January 2007 New Scientist article brazenly titled, “New Drug Cures Most Cancers.” The only cancer study is breast cancer in rats. The only human studies testing DCA for advanced diabetes showed tremendous toxicity problems. All of the patients either died or dropped out of the studies early. I have read many commentaries on DCA referring to it as a safe or relatively non-toxic drug. This is truly alarming, as it is more toxic than any chemo drug I have ever seen. Within a few weeks’ use, it takes the myelin off peripheral nerves, causing
pain, numbness, tremor and staggering. It can cause central nervous system damage, including confusion, sedation, hallucinations and memory impairment. It also is very toxic to the liver and is known to cause cancer! It can trigger oxalate-based kidney stones and increase uric acid levels, risking gout.

After a brief flurry of self-prescribing DCA from American internet sites, the only Canadian source is now an MD in Toronto who is selling it – at quite a markup in price. Despite medications to control side effects, it is just not safe therapy, even though the tumor shrinkage we see is tantalizing.

Fortunately, a number of non-toxic natural medicines exist that inhibit this enzyme and are proven to wake up the mitochondria in cancer cells in humans. These agents are approved by Health Canada (the federal department responsible for helping Canadians maintain and improve their health) for over-the-counter sale for other purposes (see Table 1). Many have been shown to arrest human cancers in published studies.

The grouping of supplements in Table 1 is novel, although all are remedies I have used for many years in an oncologyfocused practice. It is a complete protocol, sufficient to get good responses in many cases of advanced cancer. Typically we have a scan or tumor-marker test to confirm a response within four to six weeks of starting this program. If the patient is stable, we continue. Often they are better than stable, with a partial or complete response in many cases.

Other agents that basic scientific research shows can support mitochondrial recovery include:

I have no ethical compunction about prescribing a safe and rational new protocol to patients who are experiencing progression of their disease despite trials of all known effective agents. Desperate times call for desperate measures. Fortunately, results have been quite gratifying in some very advanced cases of breast and colon cancer that never responded to all the usual therapies. Even more exciting is the responses seen in cancers I have never had brilliant results with in the past, including lung cancer and sarcomas.

These supplements have little interaction with many common oncology drugs, including warfarin and dexamethasone. I would not mix this program with cytotoxic chemo or radiation therapy, preferring other supports through those therapies and for about three weeks after the last dose.

There is no reason to limit care to these agents. They combine well with targeted vaccines, mistletoe injections, IV vitamin C and other aggressive therapies. As with any generic protocol for cancer, we also would want to integrate agents known to target the specific growth factors driving the particular cancer we are treating.

Neil McKinney, BSc, ND has a practice focused on oncology in Victoria, B.C. He is a professor of naturopathic oncology at the Boucher Institute of Naturopathic Medicine, is a member of the Oncology Academy of Naturopathic Physicians, and author of Naturally There’s Hope, a handbook for the naturopathic care of cancer patients. Visit www.drneilmckinney.ca. 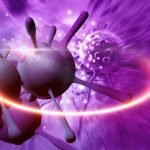