In his book The Neurobiology of Peripheral Nerve Regeneration,1 Professor Douglas Zochodne states: “Neuropathic pain is a severe and debilitating pain that can render patients unable to walk, work, sleep or enjoy life…[Full] and effective regeneration of the peripheral nervous system usually extinguishes this pain.”

The above statement probably describes some of the people who come into your office. Physical pain can cause severe suffering and debilitation, and is frequently the only reason many people seek out a doctor. Often, they have been looking a long time for effective treatment for their pain. What if they could find a doctor that knows how to treat their pain effectively without surgery or addictive medications?

In this article I will be writing about 2 very effective therapies for pain: neural therapy and neural prolotherapy. These are both injection therapies and require advanced training. Procaine is used in neural therapy and has been safely used since 1905, when neural therapy was first used as an eye anesthetic. Its effects are on the sodium potassium pump and is broken down in the plasma by the enzyme pseudo-cholinesterase. Neural prolotherapy uses 5% mannitol M5W or 5% dextrose D5W, both of which are isotonic. Mannitol is used to reduce edema of the brain in traumatic head injuries, and D5W is used as a base solution in IV therapy. All injection solutions have the potential to crystallize, which can cause adverse reactions in patients if used.

“Interference field” is the term applied to areas of the autonomic nervous system (ANS) in which function has been disrupted due to injury, trauma, infection, or a combination of these factors. A common result of this dysfunction is the continual transmission of pain messages, even when the original problem has been healed for many years. These areas can be identified using good history and assessment techniques. Neural therapy involves injections of procaine into these interference fields, which allows the nervous system to return to homeostasis. A proposed mechanism for how this works is that procaine hyperpolarizes the nerve cell membranes, thereby allowing them to “reset.”2,3

As an example, a patient of mine was in the 82 Airborne in Vietnam. He broke his back 2 different times during the war, parachuting out of airplanes. Thirty years later he was the liaison for the Paralyzed Veterans of America; progressive paralysis from the feet up prevented him from riding in a car or to sit for more than a half hour without severe pain. The VA told him he would be fully paralyzed within the next couple of years. During his first visit to my office, he stated that when rain recently flooded his basement, he had to dig a new line for the drain but was forced to hire someone for the job because he could only dig 1 or 2 shovelfuls per 15 minutes. He simply wanted to be able to “do the things he needed to do as a man.” He had refused pain medication, as he saw what it did to his friends.

Weekly neural therapy treatments changed his life. Within the first month he was able to ride in the car for longer periods, stand longer at military parades, and had more energy. At about 3 months his basement flooded again. This time he was able to dig half the trench while the helper dug the other half; he got pretty sore but felt good about it. He also no longer needed the ankle foot orthoses to support his lower legs. At 6 months the basement flooded again, and he dug the whole thing by himself without pain. He started working on veterans projects, such as putting up whole monuments by himself; these trips often required 6 to 7 hours of driving. At 1 year, he was discharged from the Paralyzed Veterans of America because he was no longer paralyzed.

Most practitioners have heard of neural therapy as a treatment for scars, but it offers much more. Organs, joints and other areas can be treated by superficial injections in the skin. This is called “segmental therapy,” which acts much like hydrotherapy, in terms of its ability to improve the circulation and enhance uptake of medications to the treated site. Trigger point therapy also came from neural therapy and has been a valid pain therapy for many years. Neural therapy removes obstacles to cure that the patient is not able to remove by themselves.

The other injection modality I use regularly to treat pain syndromes is neural prolotherapy. This therapy involves treating painful areas of the body with subcutaneous injections of 5% mannitol (M5W) or 5% dextrose (D5W). The injections are done near the cutaneous nerves that are sending the pain signals; their selection is based on the patient’s report, range-of-motion (ROM), and palpation. This is a treatment that has been developed and advanced by John Lyftogt, MD, of New Zealand.4 He presents research that shows how M5W or D5W blocks TRPV1 receptors in the C-fibers that are responsible for sending both inflammatory signals (substance P and calcitonin gene-related peptide, or CGRP) and anti-inflammatory signals (galanin and somatostatin) in the unmyelinated C-fibers. It has been shown that low TRPV1 receptor activity promotes tissue homeostasis, whereas high TRPV1 receptor activity results in neurogenic inflammation and neuropathic pain, and prolonged high TRPV1 receptor activity results in the spreading of pain to other areas, causing disease and degeneration.

Neural prolotherapy’s effectiveness was illustrated recently when my wife woke up with a severe pain in her shoulder and neck. Using her description, ROM, and palpation to determine which nerves were involved, I was able to diagnose that her posterior supraclavicular nerve and the cutaneous branch of the radial nerve were sending the pain signals. After injecting M5W along these nerves, her pain was gone and function (checked by ROM and palpation) was restored within 15 minutes. She was smiling and grateful as she headed out the door to her appointments. When she arrived home that evening she was still pain-free.

Neural prolotherapy produces amazing results. It has been successful in treating some of the most difficult pain syndromes, from trigeminal neuralgia and severe migraines, to back, shoulder, and knee pain, to name a few. It has successfully treated chronic regional pain syndromes (CRPS) all over the body. It works very quickly for athletes with acute injuries, while it takes more time for the longer, deep-seated pain syndromes. At the end of an office visit, I expect the patient to be pain-free for 4 hours to 4 days, and when I see them the following week, to be one step better. If their pain originally registered as a “9”, the next week I expect them to be at an “8,” and to continue to improve until the pain is resolved. I know it sounds amazing,but any pain signal that is carried by a nerve can be effectively treated with neural prolotherapy.

In an age where double-blind clinical trials are financially prohibitive for emerging therapies that use medicines that are not patentable, practitioners are busy doing office-based studies on these treatments. In the case of neural prolotherapy, results of one of these studies, by a practitioner in Hawaii using it to treat low back pain, will be published later this year. Other studies are in progress.

I believe we are in a new era in the treatment of pain. Neural therapy restores the healing power of the autonomic nervous system and neural prolotherapy brings the power of the TRPV1 receptor into the treatment arena. As NDs, through the use of these therapies we can provide solutions for many people who are disillusioned and hurting from failed mainstream treatments for pain. I have witnessed many lives transformed and restored after treatment using these techniques has eradicated their pain.

Jeff Harris, ND, graduated from Basty University and has practiced in Seattle, WA for 20 years. He teaches Neural Therapy in North America, teaches Medical Procedures at Bastyr University, and hosts workshops for John Lyftogt, MD, in Seattle. His practice focuses on acute and chronic pain, sports medicine, infectious disease, and chronic illness. He has put much effort toward learning deeper methods of healing that are non-physical including: emotional, mental, archetypal and spiritual in nature. For more information, visit his website at: www.jeffharrisnd.com. 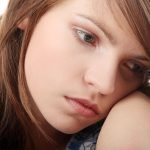 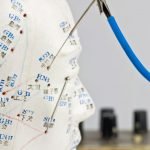