Tough decisions: What are parents to do when their child is obviously having trouble staying focused in school … and falling behind in their studies … getting in trouble … and acting out with behavior problems at home? The child’s pediatrician reviews the checklist of symptoms and makes a snap diagnosis … “Attention deficit hyperactivity disorder” (ADHD), and then prescribes a stimulant such as Ritalin. The doctor offers encouragement that this medication will help control the symptoms.

The parent may wonder … “What is ADHD anyway?” “How sure is the diagnosis?” “How long will the drugs be necessary?” “At some point, we will want to stop giving the medication … what will happen then?” “Are there any effective alternative treatments?”

Statistics indicate that as high as 8% of America’s school children may have ADHD. It is estimated that more than 60% of children with ADHD continue to suffer attention deficit symptoms as adults. More than half of those with the diagnosis are being treated with prescribed stimulant medication. Surveys have shown that most prescribing physicians would prefer safer alternatives to stimulants, expressing concerns about side effects, although they may have few options to offer.

Adult patients and parents searching for safe alternatives are increasingly turning to naturopathic physicians, who offer safe, evidence-based therapies for ADHD and other brain and mood disorders. The biological, natural approach to treating brain/mood disorders commonly addresses underlying causes, such as nutritional deficiencies and environmental factors, including toxic metals (such as lead and mercury); and the natural approach also makes use of targeted nutrient therapies, or neutraceuticals, designed to improve brain function.

Increasingly, alternative medicine is also beginning to incorporate “neurofeedback” into the menu of treatment options for ADHD and other brain and mood disorders.

Neurofeedback involves the use of sensitive computers that measure electrical activity in the brain, turning brainwave signals into real-time images and sounds, so the client is able to “watch his own brain” as the electrical brain signals change, moment by moment. Neurofeedback is a form of biofeedback, but specifically focused on brainwave activity as measured in an electroencephalogram (EEG). Sensors gently applied to the scalp read the brain’s EEG signals and deliver the information to the computer, which then generates graphic images on the computer screen to represent the moment-by-moment changes in brainwave activity. The client watches or listens to the brainwave activity with a specific goal to increase or decrease the signal. While the motivated client observes very subtle changes in brainwave activity, the brain somehow ‘learns’ to produce desirable and lasting changes in brainwave activity. These subtle, learned brain ‘changes’ may involve the ability to make more of certain beneficial neurotransmitters in the brain, and new neural pathways that lead to more stable and efficient brain function. In clients with ADHD, these subtle changes in brain activity may translate into significant improvement in brain function, mood, behavior, attention, reduced impulsivity and increased academic (or work-related) achievement.

Most people with attention deficit actually produce excessive amounts of slow brainwaves compared to faster ones. For example, brainwaves generated at frequencies of 4-8Hz (cycles/second) are known as theta waves. Theta waves are produced in greater abundance when a person becomes day-dreamy and inattentive. When a person is highly focused on a mentally challenging activity, such as making calculations or learning a new complex task, the brain will typically begin to produce more beta waves (13Hz or greater), which are faster and allow for greater focus. For example, children and adults with attention deficit may have abnormally elevated theta waves, which may become even stronger when challenged to learn new or “boring” material. Instead of the brain “lighting up” to learn something new, requiring more beta waves, it may slip back into a theta wave pattern, making it very hard to stay focused and attentive. Problems with low beta/theta ratio partially explain why people with ADHD respond favorably to stimulant drugs such as Ritalin. The stimulants push the brain to generate faster brainwave activities, which in turn allow for greater focus and attention.

To individualize the neurofeedback treatment to the unique brainwave patterns of a client, the Southwest Naturopathic Medical Center makes use of a screening test called quantitative EEG (QEEG). A QEEG involves the use of a 19-sensor medical EEG that has been analyzed to produce graphic images of brainwave activity. The EEG data is collected by an EEG technician, who places the sensors gently in strategic locations about the scalp. Next, the digital data is sent electronically to an EEG-processing service that provides a certified report, including medical review by a neurologist, as well as a certified QEEG “brain map” used to assess patterns of brain functioning. These color-coded brain maps are designed to visually demonstrate how the various brainwave frequencies are distributed around different regions of the brain, and how these EEG activities compare to a standardized, “normal” database. The normative databases used to make these comparisons were originally generated from analyzing EEGs of hundreds of apparently brain-healthy individuals. When the symptoms and complaints of the client are explained by abnormal EEG patterns seen in the brain map, we are then able to inform and justify a plan to improve brain function using neurofeedback therapy.

In the example given, a client with attention deficit whose brain map shows elevated theta and reduced beta/theta ratio in the frontal region of the brain would most likely be trained to inhibit theta and reward beta in that area. In other cases, attention deficit may be associated with excessive production of alpha waves (8-12Hz), and a low alpha/beta ratio, for example. A brain map helps to identify and clarify appropriate treatment strategies in these cases.

Nevertheless, some neurofeedback practitioners appear to get good results without the routine use of brain maps, using time-honored protocols for various conditions and varying the treatment protocol according to the response of the client. Over a course of 25-30 neurofeedback sessions, clients learn to “light up” their brain with more efficient brainwave activity to produce significant clinical improvements related to their symptoms. They can do this with or without concurrent use of medication or supplements, and the benefits appear to pass the test of time.

Not Only for Attention Deficit

Similar strategies of assessment and neurofeedback therapy are known to be helpful in other neurological conditions. For example, studies of neurofeedback therapy have shown it to be effective in the treatment of depression, anxiety, obsessive-compulsive disorder and even epilepsy. In each condition, neurofeedback provides a safe and effective method useful to help normalize brain function by training the brainwaves to become more normal.

The medical center at which I practice has developed a clinical program that incorporates neurofeedback into a comprehensive naturopathic approach to treatment. The program includes a focus on appropriate diagnosis as well as the integration of safe and natural treatment strategies. A typical new client will receive a comprehensive medical intake, including a relevant and focused history, and a neurological exam. To assure a proper diagnosis, physicians may recommend additional neuropsychological testing procedures, such as IVA continuous performance test, QEEG, IQ or other revealing tests and measures. Medical screening tests may also include a check for heavy metals, such as lead, food allergies, nutritional deficiencies and other factors known to cause or aggravate neurological conditions. In this way we are able to direct the treatment to address underlying causes.

A 7-year-old boy presented to our clinic with complaints of attention deficit without hyperactivity. He had difficulties in school where teachers said he would not complete assigned tasks and was avoiding work with new material presented. He could not read after completing 1st grade, and was held back a year for this reason.

He was not taking any medication.

A QEEG was performed. The pre-treatment brain map image indicates relative percentage power of his brainwave activity, where the theta/beta ratio measured at the top of his head is statistically higher than the normative database. This finding was consistent with his symptoms of attention deficit, and lend support to the diagnosis.

After 15 sessions of neurofeedback, the boy’s parents reported noteworthy improvements in his behavior and focus. His teachers also reported increased ability to maintain focus on classroom assignments. He continued to demonstrate gradual clinical improvement by the time of his 30th and last session of neurofeedback. By this time, he had begun to actively read aloud for the first time, and was doing much better in school. His parents noted dramatic improvements in behavior and mood, and noted that he even seemed to enjoy going to school. Of course, some of the positive clinical improvement could be due to the targeted dietary and nutritional support also provided as part of his naturopathic care; however, a repeat QEEG – in particular, his theta/beta ratio – also normalized, indicating significant improvement in brain function. Normally, an unmedicated baseline EEG does not change significantly over time. The changes here, resulting from a comprehensive naturopathic approach plus neurofeedback training, were associated with significant clinical improvement and are likely to be long lasting. 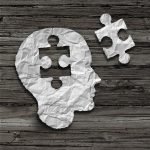 Evidence for the Metabolic Cause of AutismAnxiety/Depression/Mental Health, Detoxification Medicine, Endocrinology, Pediatrics 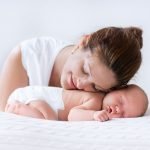