One of the greatest challenges in practice is treating resistant nephrotic syndrome in children. Nephrotic syndrome, which features protein wasting from the kidneys, will present at any age with edema, fatigue, hypercholesterolemia, and mildly elevated blood pressure. Over time there’s a high risk of permanent kidney damage, bone degeneration, cardiovascular disease, and muscle wasting. However, with children there is the additional problem of stunted growth and delayed puberty.

Nephrotic syndrome can directly affect growth and development as albumin is lost in the urine. Levels of peptide hormones are often significantly lower in children with nephrotic syndrome, especially thyroid hormones. There are significant decreases in serum thyroxine (T4), triiodothyronine (T3), and thyroid-binding globulin (TBG) concentrations in nephrotic children, compared with the patients in remission and age-matched controls.1 These patients are also prone to infections, as decreased albumin will suppress the immune response. Many of these children have been placed on antibiotics repeatedly.

As calcium is bound to albumin, the loss of albumin in the urine will result in a lower serum calcium.2 Simply adding a supplement, however, will not be especially helpful if the ability to absorb and assimilate calcium is compromised. If the proteinuria continues to progress and damage the kidneys, there will also be the added problem of elevated blood phosphorus and hyperparathyroidism that can continue to compromise the bones.

Anemia may also be factor in delayed growth in children with chronic kidney disease. While progressed kidney disease will cause anemia as the kidneys lose their ability to produce erythropoietin, nephrotic syndrome will cause anemia with urinary losses of the hormone.3 Anemia will also result in reduced kidney perfusion and exacerbation of cardiovascular risk factors, found in nephrotic patients of all ages.4

Conventional treatment of nephrotic syndrome in children has relied heavily on steroid treatment. While steroids are often effective in reducing proteinuria, particularly with Minimal Change Nephrotic Syndrome, many children have frequent relapses when steroids are withdrawn. These children become steroid-dependent and may need to continue prednisone therapy for months, possibly years. This extended use of steroids will not only suppress the HPA axis and suppress bone growth,5 but the weight gain and associated cosmetic changes are often difficult for children emotionally.

My treatment goals for children with nephrotic syndrome involve reducing systemic inflammation and proteinuria, with minimal reliance on steroid therapy. I also strive to be mindful of potential impact on bone development with any therapy used. To this end, omega-3 fatty acids from fish are often extremely effective at reducing proteinuria. Parents will report that the urine is significantly less foamy with fish oil supplementation. (Large amounts of protein in the urine will result in visibly foamy urine, but as the amount of proteinuria decreases, at-home test strips will be able to detect the presence of albumin in the urine.) Omega-3 supplementation will not only help the nephritis, but it is also helpful for bone development.6 In choosing a fish oil supplement, I use one with EPA and DHA, but avoid krill oil, which is higher in phosphorus.

While increasing omega-3 intake, I seek to decrease omega-6 intake, which is often high in these children. As the kidneys are one of the fattiest tissues in the body, the quality of lipids in the diet has an enormous impact in kidney health. Omega-6 consumption can weaken the kidney membrane, as well as promote inflammation.7 Parents often believe that canola, soy oil, corn oil, vegetable oil, safflower and sunflower oil are healthy choices for their children. A high consumption of many types of nuts can also tip the balance toward higher omega-6 intake.

Surprisingly, a small amount of saturated fat can be beneficial to kidney health. As the kidneys are the largest stores of saturated fat in the body, the saturated fats of coconut oil appear to have a protective effect and keep the kidney tissue from breaking down and forming scar tissue.8 While Minimal Change Nephrotic Syndrome, the most common type of pediatric nephrotic syndrome, does not cause the kidneys to scar, not finding scar tissue on a biopsy is not always a guarantee. Minimal Change is the diagnosis parents and practitioners hope for, as it is the only form of glomerulonephritis that does not change the kidneys to become scar tissue. Minimal Change has all the same complications associated with low blood albumin, but these changes reverse when remission is achieved. All other forms of glomerulonephritis will cause the nephrons to become scar tissue, leading to permanent damage. However, as a diagnosis may change with a second pathology report, or as the child matures and pediatric nephrotic syndrome becomes adult nephrotic syndrome, I will treat each case of nephrotic syndrome as though it has the potential to leave the kidney scarred.

Changes in the diet will have an impact on the level of proteinuria. A gluten-free diet can often decrease inflammation in the kidneys and reduce proteinuria.9 This is important, as many parents, in striving to give their child a low-protein diet, will fill the child up with high-starch foods; these diets are often especially high in gluten. Parents should be given guidelines for protein consumption, as too much dietary protein will aggravate proteinuria, but too little will cause muscle wasting and inhibit growth. A protein intake of 1-2 g/kg/day is generally acceptable for children with nephrotic syndrome.10 The diet should be mostly vegetarian, but not completely vegan, as small portions of animal protein will be useful in these children who are prone to anemia. For an optimal omega-6 to omega-3 ratio, animal products should be grass-fed rather than grain-fed.

Natural anti-inflammatory agents are often extremely effective at reducing proteinuria. Green tea, curcumin, and bromelain are agents used successfully in adults with nephrotic syndrome. However, large amounts of green tea may inhibit bone growth.11 Curcumin may also have a detrimental effect on bone development, as it has been shown to inhibit osteoblast activity.12 Bromelain, however, does not appear to have an inhibitory effect on bone growth and can be used safely with children.13 Parents have reported that after using bromelain, their child’s urine looks substantially less foamy.

An overlooked approach to nephrotic syndrome is therapeutic use of melatonin. Insomnia is often present in children with nephrotic syndrome and low kidney function, but parents should be concerned if their child is staying awake past midnight on a routine basis. Melatonin, like many other peptide hormones (eg, osteocalcin, thyroid hormones, erthyropoietin, insulin), is found in low levels in patients with nephrotic syndrome. Animal models have shown that supplementation with melatonin can directly improve kidney function and reduce proteinuria.14 Routine loss of sleep is one of the more reliable indicators that one is at risk for developing kidney problems.15 A low dose of melatonin is safe for children to take16 and will also help promote healthy bone development.17

In summary, a proper diet and supplementation can help, even in some of the most persistent cases of proteinuria. A naturopathic approach helps reduce the need for steroids but should also aim to help promote bone growth and development. Increasing omega-3 fats, decreasing omega-6 fats, and adding coconut oil can help reduce inflammation and protect the kidney. A glutenÐfree diet with low-to-moderate protein will ensure adequate nutrition and reduce inflammation. Agents such as fish oil, bromelain, and melatonin can also be used in children to reduce levels of protein in the urine. 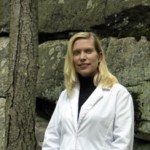 Jenna Henderson, ND is a 2007 graduate of the University of Bridgeport College of Naturopathic Medicine. A kidney patient, herself, for over 20 years, she practices in Connecticut and has an international clientele of kidney patients. More than 3500 people follow her on Holistic Kidney on Facebook and at www.holistic-kidney.com. She has been published in Natural Medicine Journal, NDNR, and the Townsend Letter. 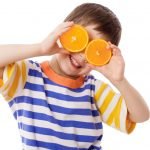