Five Things Naturopaths Can Learn from the Olympic Games 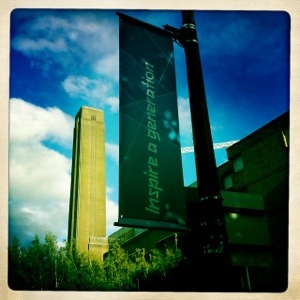 My wife and I just returned from a couple of weeks in England at the London Olympics. The experience was fantastic, with a unique atmosphere in London and without even a sniff of the typical British pessimism. As a Brit and ex-London resident, our time there was quite refreshing. Several striking moments led me to think about what our industry can learn from such an impressive event.

1. Mastery is the Supreme Goal

“True mastery consists of embracing the dynamic relationship of our bodies to life.” – Donielle Wilson ND

One of the most obvious things on show at the Olympics is mastery. Whether in diving or equestrian events, not only are all the athletes supremely gifted, but also they make it look so easy, with seemingly tiny interventions changing the outcome considerably. Where is the mastery in medicine? It is certainly not in western medicine, where the norm is algorithmic thinking, symptom anchoring, and arbitrary intervention.

In Malcolm Gladwell’s book, Outliers, he estimates mastery as 10,000 hours of practice, which works out at about 5 years at 40 hours a week. How do NDs get this practice time? Is it by practicing on patients?

In my estimation, apprenticeships need to be a greater part of our medical education system (Flexner did away with them 100 years ago), as they benefit both the student and the teacher. A combination of burning desire to help others, an inquisitive mind, and a passion for self-improvement are also prerequisites!

I have had the pleasure to meet a number of “master” NDs in my time, and all of them not only make it look easy, but also their patients feel the confidence of honed skills and true professionalism. The result is a full practice and the spread of the art.

More than any other Olympics, the theme of London 2012 was legacy. Not only a physical legacy of the regeneration of East London, but also the emotional legacy of inspiration for the British public. Swathed on every banner was “Inspire a Generation,” and this long-term project could not have had a better start, with a mountain of goodwill to build on.

If we were to treat medical education the way that Seth Godin outlines in his education treatise “Stop Stealing Dreams,” your role in your clinic would be to do only the work holistic practitioners do best. This includes the diagnosis and treatment recommendation, of course, but more importantly the inspiration and empathy for patients to aide the overcoming of self-imposed hurdles.

By inspiring patients, not just treating them or forcing information down their throat, we are starting numerous positive feedback loops, encouraging both greater health and the spreading of naturopathic principles.

Over and over again at the Olympics, it was plainly obvious that external energy was influencing function. The aforementioned energy countrywide was one thing, but strange things kept on happening, always more to do with energy than preparation or form. One event we attended live was the Gold Medal Women’s Indoor Volleyball final. USA competitors were firm favorites, unbeaten in the tournament, and the Brazilians had lost twice, including once to the USA, and comfortably. The first set was all America, but a little run in the second set made the ultra-partisan Brazilians’ fans (about 2/3 of the crowd) get into a loud victory party mode, and no amount of U-S-As! could bring America back.

Just as the home team always has an advantage in professional sports, Britain brought home a record number of medals, 29 times as many Golds as we won in Atlanta! The energy in all the stadia propelled the British athletes to new heights.

There have been plenty of debates in naturopathic circles about energy medicine, its various forms, and its ability to influence function or diagnostics. Some are zealous in its defense, some naysaying from the safe haven of green allopathy, and some practicing it without knowing it.

In my opinion, if our industry continues to be splintered on this issue, we will lose the “first movers advantage” as the venture capital arrives and technological improvements show what we most agree on: talking in certainties is flawed, life is all percentages, and that all forms of energy medicine have some value. Whether that value is enough to be useful in routine practice needs more research and wider use.

Planning and Organization Are Key to a Successful Outcome

Since it was announced that London won the bid in 2005, London has undergone somewhat of a structural transformation. Plenty of work went into planning just for the bid, but once it was confirmed, a cycle was put into motion that transformed the communication, transportation, and organizational infrastructure.

In all businesses, sales and systemic growth have a necessary oscillation, as either one getting too far ahead of the other will have negative impacts on the overall outcome.

I have met many an ND who wants to create a sustainable one-man show, an integrated wellness center, or even further, a franchisable model. These all require significant investment of time and resources in planning and system development. Time invested at regular intervals to build structure and save time are key to the development of anything sustainable, never mind spectacular!

The Right Coverage is Important

Having spoken to hundreds of people in the last 3 weeks about their experience of the Olympics, both over in the UK and now back in New York, the major focus, both positive and negative, has been about the coverage. Everyone loved the BBC, with 24 channels and seamless (fast) web integration. In the USA, not so much…

When the American networks started to ask people not to tweet live reports, so as not to ruin their coverage, it was a startling reminder of just how behind the ball the behemoth TV networks are. Are we going to wait for them to catch up?

“The Naturopathic Revolution will not be Televised” – James Maskell

If we want to spread the word about natural medicine, the time is now. Anyone can start their own blog, vlog, TV channel or otherwise, and has all the tools to be able to spread it. Being friends with a lot of NDs on Facebook, I see that content is being created all the time, and all we have to do is master spreading it.

If you are keen to learn about techniques to spread the word, come and join our FREE “Revive NYC Inner Circle” group on Facebook. 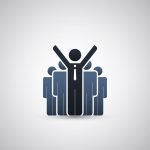