A Naturopathic Approach to Intrauterine Insemination

Infertility is a surprisingly common condition with significant psychological, social, medical and economic implications. The National Survey of Family Growth estimates that 1.2 million women sought medical attention for infertility in 2002 and 10% had received some form of treatment for their infertility at least once in their lifetime.1 For patients who have access to reproductive medicine, there is variability in attitudes and experiences about their health care regardless of their outcome. A more holistic approach to artificial insemination is a niche that naturopathic doctors are perfectly poised to fill.  The atmosphere of a fertility clinic is often cold and sterile which is not conducive to relaxation and fertilization, much less the spiritual undertaking of creating a new being.  As naturopathic doctors we can provide our patients with a holistic approach to infertility, create a comfortable and caring environment, and allow their partners to participate in the reproductive process.

Intrauterine Insemination (IUI) is a sterile technique where a washed, prepared sample of sperm is placed inside the uterus using a specialized catheter.2 Couples can choose to use donor sperm or fresh sperm.  Fresh sperm samples need to be washed before IUI because the cervix normally acts as a barrier to seminal fluid, prostaglandins, bacteria, and leukocytes.  Inseminating without washing first can lead to unwanted side effects such as uterine cramping and anaphylactic shock.  Washed samples also have immature and immotile sperm filtered out thereby increasing the concentration of healthy, motile sperm placed in proximity to the oocyte.3 One of three techniques are usually employed: (1) a simple wash in a protein-rich, antibiotic media, (2) a density gradient sperm wash using a centrifuge, or  (3) a swim up technique in which only the fastest sperm are selected.4 The investment necessary to wash sperm in-office is modest, requiring a reusable incubator ($400) and wash kits ($80) for each sample.  Donor sperm can be obtained from a large number of different sperm banks.  Patients can browse by ethnicity, body type (hair or eye color, height, build, etc.), religious preference, education level, blood type, willingness to meet, and many other qualities.  Samples cost between $300 and $600 dollars per vial, with 1-2 vials used per month.  Donor sperm is kept frozen and shipped out to the patient (or doctor) when needed.

Intracervical Insemination (ICI) differs from IUI in several important ways.  ICI can be done using a fresh sperm sample (with no special processing) and is done by placing the sample right at the face of the cervix.  A conception cap can be placed on the cervix afterwards to help encourage sperm migration into the cervix. Check the scope of practice in your State to determine if you are licensed to perform IUIs and/or ICIs.

Timing is critical for artificial insemination and must be done on the day of ovulation. Ovulation Predictor Kits (OPKs) measure levels of Luteinizing Hormone (LH).  The serum LH spike typically predicts ovulation within 24-56 hours, which translates to ovulation approximately 32 hours after the urinary LH spike5.  The egg has a lifespan of approximately 24 hours after ovulation.  Normally ejaculated sperm have a lifespan of approximately five days6 but frozen or washed sperm may not survive as long.  From a practical standpoint, the day after the LH spike is best for insemination.  If the couple chooses to do two inseminations per cycle the insemination is performed the two days following the LH peak. However studies have not shown a significant improvement in pregnancy outcome with double insemination protocols.7

Conventional IUI protocols may include ovarian stimulation via clomiphene citrate and/or human menopausal gonadotropins, although further discussion of such medications is not within the scope of this article. Human chorionic gonadotropin (hCG) can be used to trigger ovulation, with or without ovarian stimulation. Most protocols use an hCG injection in the evening followed by IUI 36 hours later.  Controlling when ovulation occurs can help increase the chances of conception in a given month.  Research your state license to see if the use of hCG is included in your scope of practice.  Even if you don’t administer hCG you can order serial ultrasounds near ovulation to watch for follicular rupture.

The effective rates of pregnancy using these two techniques are difficult to quantify.  Most traditional couples using IUI or ICI are utilizing these techniques as a first step in overcoming infertility issues, such as low sperm count or scarred fallopian tubes.  On the other hand, same-sex couples have wildly different success rates because they are not using IUI to counter infertility.  Most couples can expect to conceive naturally within six months, and 60% of those conceptions happen within the first two months.  IUI success rates have been reported as approximately 10-20% per cycle.  By comparison, the natural conception couples have a 30% chance per cycle for the first two months then a decreasing success rate as time goes on.  It is often suggested that women trying to conceive with IUI should consider 4-6 cycles and if unsuccessful move on to more rigorous methods like in vitro fertilization (IVF). The Sperm Bank of California compiled data in 2008 and determined that IUI with their clients was twice as successful as ICI and had an average success rate of 17.2% per cycle(Sperm bank)8 They looked at who was using their services and only 7% were heterosexual couples.  The remainder were single women or lesbian couples.

As naturopathic doctors and primary care doctors, we can not only increase access to reproductive services but we can provide high quality, holistic reproductive services by creating a nurturing, compassionate environment for the insemination process. Some principles by which a naturopathic approach can improve the insemination experience are as follows:

Many single women, same sex couples and infertile couples are looking for compassionate reproductive services.  What better way to treat the whole person and the whole family? 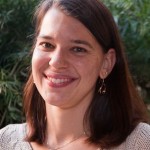 Deborah Gleisner, ND, LM, CPM received her doctorate of naturopathic medicine and midwifery degree from Bastyr University in 2009. She has a private practice in West Hollywood, CA, where she works with women and babies at all stages of life. Her website is www.DeborahGleisnerND.com, and she can be reached at deborahgleisner@gmail.com. 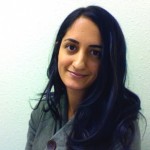 Setareh Tais, ND received her doctorate of naturopathic medicine from Bastyr University in 2009. She is currently in her second year of residency at the Northwest Center for Optimal Health, a family medicine clinic in Marysville, WA, where she sees a diverse patient population and has been working on various clinical research projects. She can be reached at stais@ncoh.net.

The Sperm Bank of California, Fall 2008 Newsletter. Volume XIV, No 4. 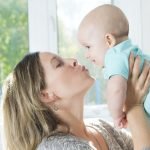