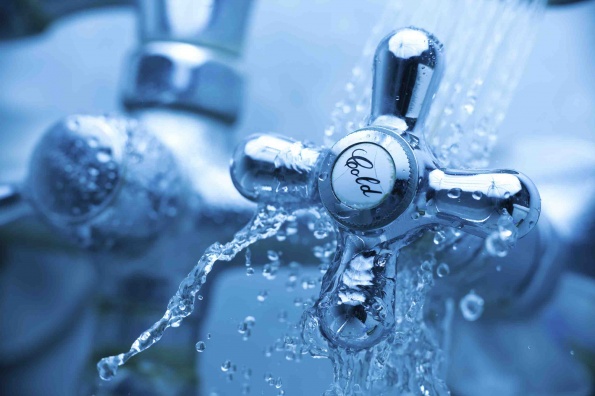 By pouring water on the patient a quicker reaction is brought on than by bathing; pouring was Father Kneipp’s special method.

‘The Kneipp Cure’ is one of these therapeutic innovations that, starting with an obscure priest in search of health… over fifty years ago, has proved a veritable blessing, an ‘Eldorado’ to thousands who have taken it up as ‘forlorn hope’ when other forms of medication had failed to cure.

Father Kneipp’s theory regarding the water cure is that water of different temperatures, variously applied to the system will dissolve morbid matter in the blood.

In the late 19th century, the people who came to North America in search of riches and fulfillment of their dreams often encountered bitter disappointment. One such immigrant was Benedict Lust. He came to America, the land of milk and honey, at the age of 20 years. Shortly after his arrival, he developed tuberculosis. Faced with his mortality, he decided to return to Germany, his homeland, to die.

Every cloud has a silver lining, he was later known to say. How true for those of us who have been so lucky to have found a place in the naturopathic profession today, as Lust’s subsequent struggles led to the creation of our profession. Among the what-ifs of history, had Lust not contracted tuberculosis, he would not have needed to return to Germany, he would not have discovered the power of hydrotherapy taught by Fr. Sebastian Kneipp, and naturopathy would have had a different incarnation.

Lust found Fr. Kneipp to be “a man of very simple life, but he possessed of a large share of personal magnetism that created confidence and love and made people willing to obey him promptly and unquestioningly” (1904, 145). Coupled with that charisma, however, was the elegance of the simple and the natural. As Bohn explains, “If the maxim is right that everything really great is effected with simple means, the Kneipp Cure certainly bears this sign of greatness; a well with fresh water, a watering can, a few yards of rough linen, a vessel with boiling water and a bathtub—these are the utensils of the Kneipp water cure” (216).

Lust, a keen observer and lifelong learner, knew instinctively that Kneipp’s contribution to the early movement of naturopathy was significant. Kneipp tapped into nature, which provided remedies for every ailment “in the things that are freest and most abundant: as air, water and vegetation” (Lust 1902, 233-4). That water and “nature cure” were the least common denominators of Kneipp’s effectiveness was not lost on Benedict Lust. He quickly learned that Kneipp had himself been afflicted with tuberculosis and that his nature cure, water cure treatments came from a place of deep personal conviction and from a substantial record of success with patients who flocked to the “priest-physician” from all over Europe.

Water was instrumental in curing Kneipp of his own tuberculosis. It was not just any kind of water. When Kneipp first administered his treatments, the water he used was actually very cold: “Kneipp, in those days, practiced what was called the ‘horse cure’—so called because of the strength of constitution needed to stand the applications” (Lust 1904, 146). As he developed the training and clinical supervision techniques for which he became so well known later in America, Lust began systematically to describe how these applications worked.

As early as 1904, at the very inception of naturopathic medicine as a system, Lust explained: “These cold water applications always produce heat and increase vitality, and the different douches cause better metabolism, or assimilation of food; therefore patients need more food, more rest and more exercise while taking them” (148).

Lust was a prolific reader and tireless student of methodology, clinical application and nature cure theory supported by the experiences of many physicians of the day who were also interested in nature cure, especially water treatments. He was familiar with Dr. Baumgarten, for example, who spent time working alongside Kneipp at Wörishofen, Germany, the home of the Kneipp cure. Baumgarten had also observed and documented the numerous water cure treatments used by Kneipp. He recounts a story of the power of cold water, illustrated by the following example. Ten sailors on a ship to the West Indies from England came down with typhoid. Typhoid is very contagious, especially on board an ocean sailing ship, and because the “necessary medicines” were unavailable, “it dawned on the physician aboard to treat his patients with cold water” (Baumgarten 1902, 515). It was the experience of this physician that “all those who were treated with medicines would invariably die while those treated with water recovered” (Baumgarten 1902, 515).

Much can be learned from Kneipp and his cold water treatments. Kneipp’s well-known use of cold gushes and douches was a particular manifestation of water cure and was immortalized in his first book, My Water Cure (1892), subsequently translated by 1904 into 52 languages (Lust 1904, 147). Kneipp believed and witnessed water cure to heal many diseases because of its power to remove the roots of disease. He declared not only to his patients but also to other physicians, healers and visitors that water was able to dissolve the morbid matters in the blood, evacuate what is dissolved, make the cleansed blood circulate rightly again and, finally, harden the enfeebled organism (Kneipp 1892, 9).

Gushes and douches have lost their prominent place in hydrotherapy and definitely do not have much meaning for us in the modern world. The Kneipp douches were not showers as we use today: “The water just runs over the skin, but is not directed against the body with any force” (Lust 1904, 147). Lust often observed the administration of a Kneipp douche and marveled at the simplicity and effectiveness more than once. He frequently reported how Fr. Kneipp’s simple equipment such as a hose or a watering can for gardening represented the instruments of healing. The douches were generally warmer and were performed slowly, whereas the gushes were quick and cold.

The douches and gushes were administered to specific body parts depending on the pathology. For example, the arm douche was indicated when the arm was powerless “caused by paralysis…[or] in rheumatism” (Kneipp 1909, 492). Baumgarten “found the arm douche to be very efficacious for heart failure” (1903b, 184). The mechanism of action in the arm douche was that blood would be diverted from the weakened heart to the extremities.

Another Kneipp treatment was the “hip douche.” In taking the first hip douche, a patient experiences water applied to the back of the feet and very gradually ascending to the knees. The stream of the water is gradually raised from the knees to the hips to the middle of the back. However, Kneipp emphatically cautioned that “the douching from below to above must be conducted very slowly” (1892, 82). Water was not applied haphazardly but methodically such that “the water must flow equally over the hip so that it looks as though covered with a sheet of glass” (Kneipp 1896, 74). For the hip douche, six to 10 watering cans were used, or about 4 gallons of water. For weak persons, one can of water could be sufficient (Kneipp 1909, 493). Kneipp would use up to 10 cans of water in treatments to counter obesity.

Baumgarten, an early advocate of Kneipp’s methods, commenting on the effect of douches when pouring a sheet of water at 80°F over the body, explained: “we notice an immediate change in the color of the skin, a deep pale pink. The blood now courses to the interior” (1903b, 184). The cells of the skin spasm, which subsides in a short time, the skin turns red, and the blood returns. As Baumgarten further notes, “The effect of a Kneipp douche is a spasmodic opening and closing of the pores of the skin, thus restoring perfect circulation” (1903b, 184).

Stop When the Skin Turns Red

Baumgarten, a contemporary of Lust, also gives directions about the duration of treatment when administering the Kneipp douches. He recommends that water should be used until the skin turns red again (Baumgarten 1903a, 124) and “is stopped then, in order to avoid the loss of heat and vitality” (Lust 1904, 148). Baumgarten continues, “the reaction so much spoken of in the water cure is nothing more than a rush of blood to and from the inner organs which in coming to the skin gives it the peculiar red coloration” (1903a, 125). When commencing at the feet, the hip douche would bring warmth to habitually cold feet, as explained by Kneipp: “Where the water first falls that part is the soonest warmed” (1902, 141). In any case, for those given a douche, it was important that the patient was warm before and after: “As soon as it is over, the shirt or chemise must go on as quickly as possible, followed by the remaining articles of clothing without drying the body in the least” (Kneipp 1909, 493). If the body felt cold, exercises were given to increase circulation and to restore body warmth.

Both Baumgarten and Lust patterned many of their treatments on Kneipp’s methods. Kneipp himself explains, “When four or five douches have been taken from the feet upward there is no harm in beginning from the hip because the blood is now in better order” (1892, 82). He often contended that the hip douche exerted benefits to the liver, kidneys and all of the abdomen and had great curative power in the case of piles (hemorrhoids) (Kneipp 1892, 82).

Kneipp was fond of narratives about specific patients, eager to explain his water cure practices with concrete examples. For example, he recounts a girl who “suffered so much from headaches that she was compelled to [stay] in bed and every remedy she applied seemed to increase the suffering” (Kneipp 1896, 75). He prescribed a hip douche and “in short time the headache disappeared.… The cause of the headache was stomach trouble and this was removed by the hip douche” (Kneipp 1896, 75). In such treatments, although Kneipp advocated the watering can or hose for the douche, he preferred the watering can “because with it the stream can be more easily regulated” (1896, 73).

Next month, we will continue to explore Kneipp’s legendary treatments, focusing on the 10 golden rules of how the Kneipp cures should be taken. In the interim, may I suggest in the interest of delving more fully into the world of Fr. Kneipp that you reacquaint yourself with the vigor and the rigor of a cold shower.

Sussanna Czeranko, ND, BBE, is a licensed ND and a Buteyko Breathing Educator. She is currently practicing in Vancouver, Washington, and has incorporated carbon dioxide therapies within her practice. She continues her studies in the rare book room at National College of Natural Medicine (NCNM) and is compiling a series of books with the help of NCNM students.

Kneipp, Sebastian. My Will: A Legacy to the Healthy and the Sick. Bavaria, Germany: Jos Koesel Publishing, 1896. 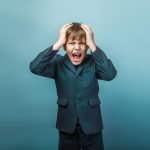 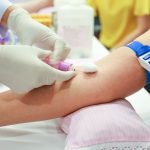