Zika is in the Headlines

One in 10 American women infected with Zika virus have birth defects.1 Reports of Zika have come in from 44 of the 50 US states, and the Centers for Disease Control and Prevention (CDC) still estimates that Zika is underreported.2 Zika’s medical tsunami of birth defects and nerve damage is solely caused by mosquitoes foraging farther north as the globe warms. Or is it?

Imagine a new patient comes in from New York City. She’s worried because she’s pregnant and she’s heard about Zika. More specifically, she’s worried about a mosquito bite she got yesterday. In New York she’s seen posters put up by the CDC about mosquitoes and how they pass the virus. New York City has reported more than 1000 cases of Zika virus, and she’s scared that she’s just become one of them.

So, how to counsel her? A good place to start might be to point to a New York Times article that states that New York mosquitoes are not a big risk: “not one of the nearly 1,000 cases diagnosed there by year’s end was transmitted by a local mosquito; all were either picked up elsewhere or transmitted sexually.”3

In fact, the history of Zika shows that most large-scale transmission has been sexual. In exploring past Zika outbreaks for my book, Zika Virus When You’re Expecting, I found that mosquito transmission only happens locally. The virus must be transferred from female mosquito to egg, then wait until the next generation reaches adulthood before being transferable. Many infected mosquitoes do not transmit the virus to humans.4 Even when they do, infectious mosquitoes travel less than 400 meters from their birthplaces.5 So, infectious adult mosquitoes do not grow or spread rapidly enough to explain the explosive Zika outbreaks we’ve seen globally. As Ali et al, from Hainan Medical University in China, reported this year, “(s)ince May 2015, ZIKV has spread to at least 20 countries in the Americas. As of July 2016, ZIKV has been reported in 65 countries, whereas microcephaly and other neural defects have been documented in 13 countries.”6

The World Health Organization has concluded that diseases similar to Zika infection are passed from person to person, using mosquitoes just as intermediaries to infect neighbors and family members.5 But person-to-person sexual transmission seems less palatable to the public than an infectious virus passed primarily by mosquitoes. Currently, US Zika cases are presumed to all be due to returning travelers. The CDC’s focus thus remains on avoiding mosquitoes, not unprotected sex, despite documenting purely sexual transmission within the United States in 2016.7

If silent sexual transmission is a primary source of infection, are we looking at a massive new epidemic or a massive new awareness of an existing issue? It’s not easy to know, since many of the reports do not specify which Zika virus they are reporting. We know of 158 different Zika genomes. The current Brazilian epidemic involves the Asian lineage of Zika, not the African lineage, which can also be traced to the outbreak in the Fiji islands.10 In Brazil the Zika virus might have mutated again, producing a more virulent strain than is found in the rest of the world. But we have no evidence that a major mutation has taken place.11

Is Zika as deadly to infants as it seems? Not likely. Birth defect statistics, like all public health statistics, are most accurate served cold. In our superheated media world, we are getting hot statistics, which could lead us to messy conclusions. The best information we have about Zika is a retroactive look at the Pacific Island outbreak, which puts the birth defect rate at around 1%.12 Anything being reported currently “as it happens” is likely to contain significant error rates. The current reporting goes well beyond microcephaly, grouping together a wide range of plausible birth defects, and puts risks for US birth defects (up to 10%) at twice the rate of the US territories such as Puerto Rico (5%).13 It is likely that both of these risks are increased due to a much smaller sample size than the previously concluded Pacific Island Zika epidemic.

Overreporting the risks of Zika has the consequence of terrifying mothers. Increases in Brazil’s illegal abortion rates mean that Brazilian children are far more likely to be unnecessarily aborted than to be born with a birth defect from Zika.14 For these mothers we are basing the Zika diagnosis on flawed testing that may give both false positives and false negatives:

The RT-PCR shows serum or plasma positivity for a short period of time, no more than five days after the onset of the signs and symptoms. The ZIKV urine test is positive for a longer period, up to 14 days. There are still no reliable techniques for the serological diagnosis of this infection.

One of the major problems with testing for Zika is the false-positive rate caused by other flaviviruses, such as dengue. Previous dengue infection can result in false-positive results for Zika, meaning that the antibodies for both may cross-react. It may also point to a more complex reality, that Zika may act in the body like a variation of dengue.

Dengue is a much larger problem than Zika, affecting as many as 100-million people worldwide every year, endemic in over 100 countries.16 The mutation rate of dengue has resulted in 4 distinct variations, labeled 1 through 4. Mothers who contract one variation of dengue are not immune to the others. If they contract a second dengue variation during pregnancy, their children may suffer severe birth defects. A single dengue infection is not sufficient to cause birth defects; 2 different infections are found in 98% of cases involving the more severe form of infection. The hypothesis is that the initial declining immunity to the first dengue infection results in Antibody-Dependent Enhancement (ADE). ADE means that the aging antibodies from the first infection bind to the second variation of dengue, protecting it without killing it, thereby enhancing its ability to grow and even cross the blood-brain barrier into the nervous system.16

While little attention has been paid to the concurrent and ongoing dengue epidemics in Brazil during the Zika outbreak, it is more than plausible that mothers dealing with Zika have also been previously exposed to dengue. In the prior French Polynesian outbreak, the 20-fold increase in Guillain-Barré incidence coincided with both an outbreak of Zika and an outbreak of dengue. The patients with Guillain-Barré tested positive for both Zika and dengue, but controls were also 95% positive for dengue, making any clear correlation impossible.17

If previous exposure to dengue can provide the Zika virus with ADE, it may be acting like a Trojan Horse to bring the virus into the nervous system. The subsequent risks for pregnant mothers infected with Zika may be much higher or much lower, depending on their previous dengue exposure. Previous exposure to other flaviviruses (there are 7018) may also increase their risk. Of particular interest might be cross-reactions between Zika, dengue 1-4, West Nile, and yellow fever. Previous infection (or inoculation) by any of these may generate increased antibody reactions to another.19 This is termed the “original antigenic sin” wherein the body’s own immune system may not only facilitate the growth of the new virus, but may also become pathogenic by ferociously attacking itself as the virus continues to spread.20

My sense of the Zika epidemic is that it is more of an epidemic of awareness rather than a sudden epidemic of the virus itself. Even with human-to-human sexual transmission, the rate of autochthonous infections far exceeds any transmission between countries. As a disease, Zika has more in common with lead paint poisoning than the annual influenza epidemics. It’s been there all along, quietly doing damage to infants, but we’ve only recently become aware of it. We’ve been focused on Zika’s other, more virulent family viral members: dengue and yellow fever. Perhaps Zika’s fame will help us tackle all of the family in more effective ways. 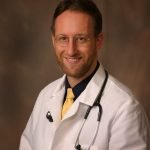 Christopher Maloney, ND, a 2002 graduate of the National University of Natural Medicine, writes simple, short books and sees patients in Augusta, ME. After being diagnosed with colon cancer in 2015, with a full recovery, his focus has shifted more to writing. Dr Maloney’s  most recent books include: The Colon Cancer Diet, NF1 For Parents, Why Chronic Lyme Doesn’t (And Does) Exist, and Zika Virus When You’re Expecting. He welcomes new book ideas, would love to have colleagues or their patients as editors/beta-readers, and can be reached via naturopathicmaine.com. 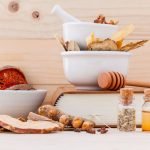 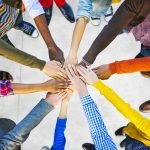