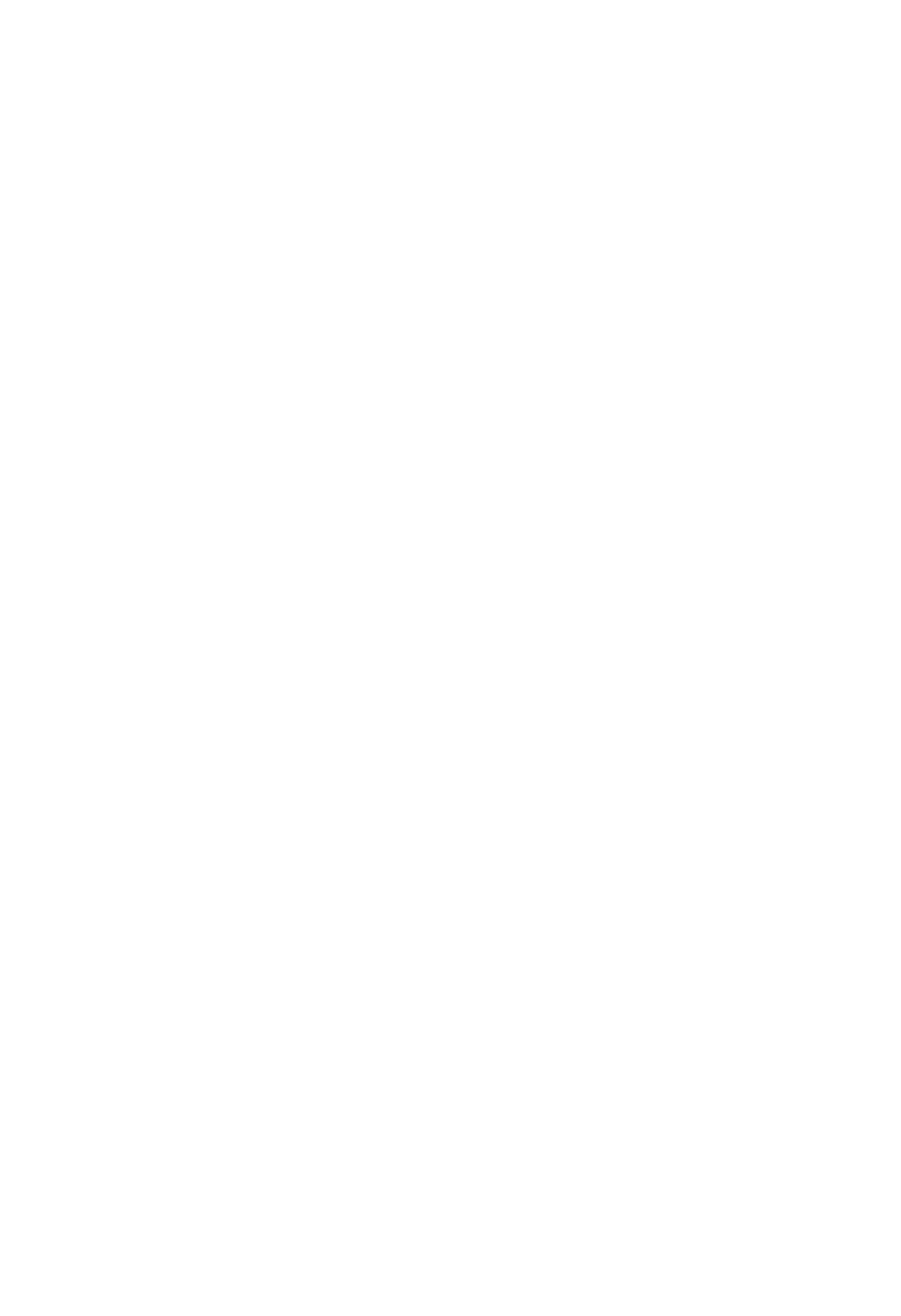 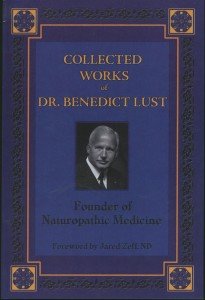 The Collected Works of Benedict Lust is a compilation of major documents authored by Dr. Lust, the founder of naturopathic medicine in the U.S. These works include his autobiography, a manuscript of Dr. Lust’s pilgrimages to the great masters of nature cure in Europe and a selection of his shorter works that were originally published in The Naturopath and Herald of Health newsprint that existed from 1902 to 1952.

Dr. Lust emigrated to the U.S. from Germany in 1892. His original voyage, inspired by his personal dream to come to America, landed him in New York. After working intensely as a headwaiter in some of New York’s finest hotels, Lust’s health became a serious concern and he returned to Germany to be treated by Father Sebastian Kneipp. This meeting with Father Kneipp influenced Lust’s life greatly and gave birth to the integrated Nature Cure movement in America. “Kneipp was the incentive, the beginning of this great world movement, Natural Life and Nature Cure” (Lust, p. 36).

Lust returned to New York to unfold the nature cure movement. The movement originated in New York City in 1896 as a health food and Kneipp supply store. It expanded exponentially to include nationally distributed publications, two sanitariums (owned and operated by Dr. and Mrs. Lust), multiple naturopathy schools (the first being the American School of Naturopathy in New York) and a national organization known then as the American Naturopathic Association. The originator and owner of the term “naturopathy” was the Scheele family, who also conducted a Nature Cure Institute in New York. The rights to the use of this title were purchased in 1902 by Dr. Lust. 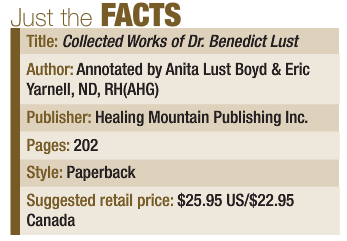 Stacie Deyglio, ND received her baccalaureate degree in biology with a minor in chemistry from the College of Mt. St. Vincent in NY. Personal health issues paved her way to discover naturopathic medicine in 1999. Resonating with the philosophy and principles of naturopathic medicine, Deyglio graduated from the University of Bridgeport College of Naturopathic Medicine in 2003. As a medical student, she was actively involved in student government, fundraising and the generation of two successful student run health fairs. Currently residing in Ariz., Deyglio is an avid bookworm who is actively creating her practice after a 3-year sabbatical taken to raise her son. 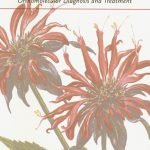 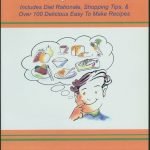