The real reason to eat organic fruits and vegetables is not that they are less toxic, but that in an odd way, they are actually more toxic. Bear with me as I explain this apparent paradox.

Why do plants produce all the miscellaneous and odd chemicals they contain? Because plants cannot run from their predators. Their major defense mechanisms are chemical; they make chemicals because they do not want to get eaten. Over the years, plants have evolved to perfect these chemical defenses, best described as bio-pesticides; they target insects. We have known about some of these chemicals for years.

Take rotenone. This plant-derived neurotoxin traditionally was used to stun fish and kill insects, and currently is under investigation as a treatment for neuroblastomas (Salehzadeh et al., 2002). Interestingly, another plant-derived chemical, myricetin, antidotes rotenone’s toxic effect (Molina-Jiménez et al., 2004). Another example is camphor, which has been used since prehistory to repel insects and other noxious animals. Chemists learned how to synthesize camphor in 1903, a product now used in mothballs (Hattori, 2003). Strychnine, nicotine, caffeine (Guerreiro and Mazzafera, 2003), indole-3-carbinols and glucosinolates (Chitwood, 2002), xanthotoxins and even digitoxin (Al-Rajhy et al., 2003) all appear to exist in plants to dissuade insect consumers.

High doses of some of these phytochemicals are carcinogenic and neurotoxic, but we routinely eat or employ low doses as food and medicine because they are “healthy.” Insects and animals have adapted to the presence of these myriad chemicals and have evolved to adapt to their presence in food.

Bio-Toxic, Yet Good for Us?

These chemicals do not have to kill the hungry critter; all they need to do is discourage the animal from eating the plant. Many of these chemicals target insect nervous systems; often, they taste and smell especially bad to bugs. The bugs’ taste and smell receptors can detect exceedingly small amounts of these chemicals. So, the plant can have a pronounced effect with only a little chemical. One good example of how a little bit can go a long way, of course, is capsaicin.

If these bio-pesticides are bio-toxic, why are they good for us to eat? Think of lycopene, resveratrol, alpha-tocopherol, ginkgo and ginseng. We swallow capsules filled with these chemicals because of their neuro-protective effects.

Recall that old theory of toxicity, the Arndt-Schulz Law, from a century ago. It preached a biphasic dose-response: Low doses have beneficial effects in contrast to high doses, which can harm. Low doses of these plant chemicals induce adaptive responses in the organism; they trigger the expression of stress resistance genes that code for protective strategies. In other words, a little poison triggers a protective response by the critter that ate the plant; this reaction protects the eater against the damage that a larger portion could inflict.

It is not just insects and animals that harm plants. Ultraviolet (UV) radiation from sunlight can disrupt DNA. While animals usually keep their sex organs private, plants often flaunt them. Ovaries and stamens are held high so insects will see them and instigate pollination. In the meantime, these sensitive organs are bombarded by sunlight. Many plants produce bluish-purple pigments of a hue that absorbs and reflects UV light; these same chemicals can prove useful at countering genetic damage.

Resveratrol is one example of a purple-blue, UV-absorbing chemical. This phytophenol, found in large amounts in red grapes and wine, is all the rage these days. Besides reflecting UV light, resveratrol protects grapes from mold (Iriti et al., 2004). The presence of mold in a vineyard triggers increased production of resveratrol by all the vines nearby (Roldán et al., 2003). Resveratrol doesn’t just fight mold attack in grapes; it also has an antifungal effect in humans (Jung et al., 2005).

Resveratrol’s apoptosis-stimulating effect in cancer cells is well established. The more resveratrol made by the plant, the louder the message to its dividing cells: “Fix any DNA problems or else drop dead.” Recent articles suggest that resveratrol might extend lifespan. Resveratrol activates histone deacetylase Sir2 and triggers the expression of various genes involved in stress resistance pathways. This makes resveratrol the first chemical to mimic the chemical effects of a caloric restrictive diet (Chen and Guarente, 2007). The plants are not making this for our benefit.

Think of the plant chemicals we frequently use in treating cancer: curcumin, epigallocatechin gallate, allicin, sulforaphane. Plants produce them as pesticides. Turmeric, which seems so beneficial in cancer treatment, is also an effective topical treatment for scabies (Charles and Charles, 1992).

Plants make these chemicals when they are under stress. The stress can be an insect chewing their leaves, a mold infecting their roots or even nutritional deficiency. This is probably why we have always valued wild-crafted medicinal plants. They struggle to survive more than their cultivated cousins.

Back to this business of organic products being more toxic. We want to eat plants and fruits that contain lots of these chemicals. Plants respond to attack. The more that insects nibble at them, the more bio-pesticides the plants exude. Spray them with a commercial pesticide and the plants do not need to make their own pesticides; they get lazy.

A 10-year study conducted at the University of California–Davis comparing organic tomatoes with those grown conventionally will soon be published. Levels of the flavonoids quercetin and kaempferol were 79% and 97% higher, respectively, in organic tomatoes. The researchers explained this difference in flavonoids as a stress reaction to less readily available nitrogen in their fertilizers. It’s harder for a plant to get nitrogen out of compost than from commercial fertilizer. In a way, compost is a stress to the tomato plant. In response to this stress, it makes more flavonoids. The poor organic tomatoes were starved for nitrogen, stressed and “hungry.” Of course, tomatoes and other plants didn’t evolve living on commercial fertilizers; this “lower” flavonoid content isn’t their natural state; it’s, rather, a flavonol “anemic” state. Many of these same chemicals impart taste to food. Ask anyone raised on real tomatoes to comment on the lack of flavor in store-bought varieties … there is no doubt something is missing.

In 2005, when researchers found higher levels of phenols in some organically grown vegetables, they theorized that it was not the organic production methods that made the difference. Instead, they suggested that “the organic system provided an increased opportunity for insect attack, resulting in a higher level of total phenolic agents” (Young et al., 2005).

Organic tomato ketchup can contain as much as three times the lycopene as non-organic ketchup. A 2004 study reported on lycopene levels and antioxidant activity in 13 ketchup brands: six popular ones, three organic, two store brands and two from fast-food chains. Organic ketchups won easily, with one brand containing 183µg of lycopene per gram of ketchup. Non-organic brands averaged 100µg per gram, with one fast-food sample containing only 60µg per gram (Ishida and Chapman, 2004).

A popular ketchup manufacturer recently introduced an organic version. The reason to pop it into your shopping cart is not only reduced pesticide content, but because it contains more phyto-pesticides such as lycopene. It also tastes more like ketchup should.

My suggestion is that the greater benefit of organic vegetables and fruits is not what they don’t contain but what they do contain: higher levels of biologic pesticides and lower levels of manmade synthetic pesticides. There is little doubt that NDNR readers will forward articles on the dangers posed by pesticide residues in non-organic foods. Yet stay with me a moment longer.

If these beneficial nutraceuticals increase in fruits and vegetables in response to stressors, could we purposefully bring specific stressors to bear on these crops? Could we release specific insects into fields knowing their presence will stimulate production of specific nutraceuticals? Could we underwater, underfertilize or even just walk down the rows of plants thrashing them with a stick?

As I ponder this, I recall that Israel supplies much of the lycopene for the neutraceutical manufacturers. Do Israeli tomatoes produce larger quantities of lycopene than American tomatoes? Is it the climate that stresses and triggers the increase? Or is it just that everything is stressful in that part of the world? I don’t have the answers to these questions yet, but what interesting thoughts to ponder.

Salehzadeh A et al: The effects of phytochemical pesticides on the growth of cultured invertebrate and vertebrate cells, Pest Manag Sci Mar;58(3):268-76, 2002. 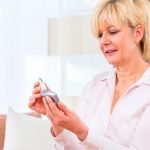 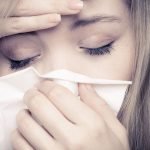