The Cardiovascular Effects of Toxins in Our Environment

Here in the U.S., we are accustomed to hearing the “ozone and smog” alerts during summer, advising the elderly and children to stay indoors. This is not just for the risks to the pulmonary system (asthma, cough, shortness of breath); there also are significant risks to the cardiovascular system.

In 2004, the American Heart Association warned that exposure to air pollution poses a “serious threat to overall and cardiovascular health,” and that short-term exposure to elevated levels of particulate matter (PM), “significantly contributes to increased acute cardiovascular mortality, particularly in certain at-risk subsets of the population” (Brook et al., 2004).

Two air pollutants most notorious for their effect on the cardiovascular system are lead and diesel exhaust particles (DEP). The following research summaries elaborate on the acute and chronic exposure effects.

A cross-sectional analysis of 2001-2002 data from 964 men and women aged 50-70 years living in Baltimore, Md. (40% African American, 55% Caucasian, 5% other race/ethnicity) shows the association of blood lead and tibia lead with systolic and diastolic blood pressure and hypertension. The investigators found blood lead to be a strong and consistent predictor of both systolic and diastolic blood pressure in models adjusted and not adjusted for race/ethnicity and socioeconomic status. Tibia lead was associated with hypertension status before adjustment for race/ethnicity and socioeconomic status (p=0.01); after such adjustment, the association was borderline significant (p = 0.09) (Martin et al., 2006).

During the androgen decline of menopause and andropause, both genders undergo increased turnover of bone. As long bones in particular are a storage site for lead, it is common to see hypertension develop as the bone-turnover rate increases.

The mechanism of action by which lead causes hypertension has been well studied. Current pathways where chronic exposure to low levels of lead cause hypertension include:

Research on Lead and DEPs

Studies of DEP interaction with the pulmonary and cardiovascular systems show induction of Cytokine-mediated responses. Research suggests that DEP-induced activation of signal pathways and transcription factors are due primarily to DEP-generated reactive oxygen species (ROS) and secondarily from the interaction of DEP with these pathways. Several mechanisms are proposed for ROS-induced activation, including receptor clustering, protein tyrosine phosphatase inhibition, protein kinase activation and direct regulation of transcription factors.

These researchers also found that antioxidant agents such as N-acetyl cysteine can inhibit DEP-induced interleukin and other cytokine activation, possibly providing a treatment or prevention option in at-risk individuals (Takizawa, 2004).

Mitch Kennedy, ND has a family practice in Avon, CT, and is the first ND with clinical privileges at the University of Connecticut, a teaching hospital. Before graduation from Southwest College, Kennedy earned an international reputation as a leader in pollution prevention, showing industries around the world how preventing pollution saves money. For more information: www.healwithnature.com 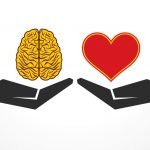