While explaining oxidative therapies and techniques to patients, I often get a wide-eyed stare when the patients hear that I want to remove 125-250 mls of their blood intravenously under vacuum, irradiate the blood with UV light and/or add ozone gas to it, then reinfuse it. Many of these patients have an understanding of basic nutritional and natural health, and therefore are often confused as to how such potent oxidants as UV light, hydrogen peroxide and ozone gas can benefit their health when we often hear about antioxidants, UV light causing skin cancer and how oxidative “stress” is to be avoided. In these cases, going into minor detail about the mechanisms of oxidative therapies and how they apply to cardiomyopathies and chronic heart failure helps the patient become more understanding and compliant. Providing information on how the supporting nutrients (many of which the patient recognizes from “antioxidant” actions) work together with oxidative therapies helps, as well. Finally, offering data on the occurrence of research regarding these therapies in American hospitals and abroad is the ace in the hole when it comes to educating patients.

Patients already have a basic understanding of the fundamental problem in chronic heart failure. They understand that the heart muscle is not able to pump enough blood to other organs and is working overtime in an attempt to compensate. They also tend to understand the main causes of heart failure as atherosclerosis, past MI, long-standing hypertension, valvular disease, myopathies or myocarditis. Educating the patient with regard to postulated cellular mechanisms of heart failure is useful for explaining how oxidative therapies can help.

The basics of energy production can be explained in the reactions of glucose through glycolysis, the citric acid cycle, and then the reduction of oxygen to generate ATP. When glucose is used as a reducing agent, each mol generates 36-38 units of ATP when cellular respiration is completely efficient. If we consider that glycolysis only generates two units of ATP, then it becomes apparent that any inefficiency (or “leak”) in the series of reactions can sharply reduce energy production by the cell. This is called “mitochondrial dysfunction.” It appears that mitochondrial dysfunction can be simplistically viewed as an inefficient series of cellular reactions that generate too few molecules of energy. Thus, at a tissue level, we have heart failure. A review by Sheeran and Pepe (2006) discusses how a failure in the oxidative phosphorylation rate, as well as a perturbation in Kreb’s cycle intermediaries, marks heart failure. This review in particular shows an association between markers of oxidative stress and heart failure, and suggests that the buildup of oxidation byproducts contributes to dysfunction. The authors also suggest that aiming therapy toward clearing the oxidation byproducts can improve cardiac function.

Oxidative therapies, such as ozone therapy, have been shown by Hernandez in Cuba to be useful in post-infarction patients with cardiomyopathy. He found that a cycle of 15 treatments produced significant improvements by lowering cholesterol and LDL cholesterol, and raising glutathione peroxidase and G6PD activity. The latter actions indicate a stimulation of endogenous intracellular antioxidant activities, and this partially may be the mechanism of the oxidative therapies in diseases such as heart failure, where an increase in oxidation byproducts is associated with increased severity of disease.

The Role of Inflammation in Heart Failure

Having said that, I don’t believe that the sole mechanism of oxidative therapies is through the above-mentioned “oxidative shock” where, similar to exercise, controlled stress results in a stronger defense system. A large part of the effect of any oxidative therapy, in fact, may be related to the exposure of white blood cells to oxidants and the subsequent downstream, anti-inflammatory events that occur.

At this point, it is useful to explain to patients that inflammation plays a large role in heart failure. The patient generally will volunteer that he or she has been taking natural agents, such as fish oils and eicosapentaenoic acid, which will contribute to a healthier eicosanoid picture and reduced inflammation. Vulnerable plaque can be an important concept to explain preventive principles in many patients, as this plaque is soft and rarely visible on a conventional angiogram. Up to 70% of heart attacks may be related to vulnerable plaque and inflammation, as opposed to the slow, calcified buildup of plaque that obstructs a lumen. It is inflammation that causes rupture of vulnerable plaque, with subsequent leakage of components of white cells and cytokines that stimulate rapid platelet adhesion and accumulation. Making inflammation a primary target is ideal, and oxidative therapies can do this.

A plethora of data exists on how ozone therapy by major autohemotherapy causes a regulation in the cytokine profile. Most of this molecular work has been done by Bocci and published in Mediators of Inflammation. More interesting clinical data was recently completed in North America with the ACCLAIM trial (by Vasogen Inc., testing its Celacade technology). This trial (2005) tested an oxidative therapy in 2,400 patients with heart failure. Results are available from the company Web site, but in short, it showed that the oxidative therapy failed to prolong the time before death or first cardiovascular hospitalization in the entire population. Importantly, however, subgroup analysis showed highly significant results. Combined analysis of New York Heart Association Class II to IV non-ischemic cardiomyopathy patients with no prior MIs, and class II patients with ischemic etiology, showed a 31% reduction in the risk of death or first cardiovascular hospitalization compared to placebo. The oxidative technology used was a variant in minor autohemotherapy, where a small amount of blood is phlebotomized, exposed to oxidative stresses and then reinjected intramuscularly. The oxidative stimuli were hyperthermia, UV light and ozone.

The goal of the parent company was to address the inflammatory components of heart failure. Apoptosis is stimulated in the 10mls of blood treated. When this blood is reinjected intramuscularly, macrophages and dendritic cells encounter the apoptotic cells and release the anti-inflammatory cytokines IL-10 and TGF-beta. Some naïve T cells are also converted to regulatory T cells, which then propagate the anti-inflammatory response.

It would be interesting to see the results had the ACCLAIM trial treated patients at a more frequent cycle, akin to physicians using oxidative medicine, such as twice a week. Of all of the therapies I use in heart failure (and, for that matter, almost all cardiovascular disorders) patients, oxidative therapies – such as ozone therapy and ultraviolet blood irradiation – have the most impressive results. Physicians I have spoken with invariably will treat patients more frequently than the ACCLAIM trial did. On average, treatments are given twice a week for three weeks, and then once a week for another four weeks before reassessment. I have seen consistently better results with ozone or UV therapy alone, compared to alternatives such as chelation therapy. In combination with nutritional therapy and tailored exercise, the effects of oxidative therapy on the immune system and cellular energy production can be remarkable; there can be a significant improvement in the patient’s disease process and his or her quality of life. Even in the ACCLAIM trial when the total group was analyzed, quality of life was significantly improved in the treatment arm. This likely shows the effect of cellular energy production being optimized. 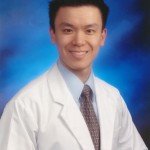 Eric Chan, ND has a private naturopathic practice in Richmond, BC. He focuses on innovative therapies for cardiovascular disease, rheumatic disease and cancer. 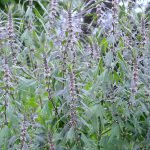 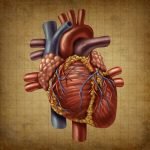