Wells syndrome, also known as eosinophilic cellulitis, is a rare benign disease characterized by pruritis, edema, bullae, and urticarial plaques on the limbs and/or trunk.1 The typically 1-time lesion outcropping may spontaneously resolve within 3-4 weeks; however, the lesions can also reoccur repeatedly, with the cycle continuing for several years.1 This was the case with my patient.

The cause of Wells syndrome is currently unknown, although there is some scientific speculation of autoimmune involvement. Possible triggers can include infection (viral, fungal, parasitic), leukemia, and certain medications.2

There is no proven cure for Wells syndrome. Treatments to manage symptoms usually include oral or topical corticosteroids, although antifungal drugs, antibiotics, immunosuppressants, and/or antihistamines are sometimes also employed.2

With the patient in this case study, early stages of her lesion could easily be confused with ringworm, illustrating the importance of a biopsy to rule this out.

The dermatologist and I attempted to identify the source of the eosinophil activation, but with no clear answers resulting. In turn, this case illustrated to me that even when the root cause is yet unclear, understanding functional immunology, even at a basic clinical level, can open enough doors to validated treatments that enhance quality of life.

Eosinophils at the skin level are known to cause symptoms of itching and swelling, which can make day-to-day life difficult for affected individuals. Steroids are a common, albeit unproven, treatment for this syndrome; however, this patient has only 1 kidney and refused the drug based on her concerns of nephrotoxicity and anemia risks.

Some research on Well’s syndrome has suggested reducing inflammation by targeting reductions in tumor necrosis factor-alpha (TNFα). Natural substances found to target and reduce this inflammatory cytokine were incorporated in this patient’s treatment plan.

Combining naturopathic medicine and a functional immunology approach that improves the body’s natural healing ability is especially important in conditions for which there are no other suitable treatment options, no known cure, and a high probability of prolonged suffering. In this case, using some knowledge of the immune system and biology allowed for a treatment plan that gave the patient relief beyond what was expected from her conventional care team.

A few years prior, I had been treating D.A. in my office for almost-daily hives. With non-suppressive treatments and dietary elimination of problematic foods (found via the Carroll Food Intolerance Method®), the hives had not been an issue for the patient for well over a year.

A consideration in this case regards what environmental factors might be allowing this new Th2-dominant immune expression to manifest, such as infections, allergens, or stress.3 Another consideration is genetic contribution, with defective dendritic cells (antigen presenters) making an individual prone to severe Th2-mediated skin conditions.4 With the genetic possibility in mind, it felt even more important to directly support the immune balance, as the removal of triggers might not be the whole story.

D.A. presented for her first consult regarding this skin condition in August of 2020, after 5 months of continuous, non-tender but severely itchy lesions. She reported having no time periods without the emergence of new lesions. With her diagnosis of eosinophilic cellulitis, we would expect, with her current pattern, that she would have continual lesions for years.

D.A.’s symptoms started in June 2020, when she noticed 1 small pimple-like eruption on her arm.(Figure 1) The lesion then grew to include raised red borders and a clear skin-colored center (mimicking ringworm, to an extent) (Figure 2); then it became completely red with edematous bullae around the edges, resembling flower petals.(Figure 3) The lesion would then lose its puffy edges and remain red-purple in a bruise-like expression at its maximum size, and then would eventually fade. Over the 5 months preceding our consult, multiple lesions would be in various stages on her arms.

In a biopsy report dated June 23, 2020, the pathologist ruled out a skin fungal rash, Sweet Syndrome, and also autoimmunity. This was an important report for me, as, like many doctors, I would have been inclined to assume some sort of fungal infection, considering how the lesion looked at various points of development; research also suggests the possibility of this kind of lesion being autoimmune in nature. Either of these assumed causes would have influenced the direction of treatment. The biopsy revealed eosinophil infiltration (Th2 immune activity) and some lymphocytes (T1 cellular activity) in the skin lesions.

Topical steroid cream was prescribed at the start of her skin problem in June. When the patient reported no change after a few weeks, it was discontinued.

D.A. and I dove into some blood work together. White blood cell (WBC) percentages (a functional immunology approach) provide clues as to whether infection might be an immune imbalance trigger.

Optimally, eosinophils are under 2% in those with allergic history. In this patient, eosinophils measured 2.5% (Table 1). Hay fever or urticaria can cause increased eosinophils, but she denied both. Despite the absence of systemic allergic symptoms, I would still add in Th2 support, since the biopsy findings of local tissue elevation of eosinophils confirmed Th2 activity. The dermatologist also ruled out several parasites as a possible cause, including the worm Strongyloides. Fungal infection is another big player in eosinophil elevation/Th2 dominance, but this was ruled out with the biopsy. The WBC percentages on the CBC helped to move our focus away from any consideration of viral or bacterial involvement, as the absolute numbers and percentages of monocytes, lymphocytes, and neutrophils were all normal (Table 1).

Because hollow organ inflammations and infections can produce Th2-dominant immune expression5 and would also hinder our efforts to balance her immunity, a urine test was performed and her sinus and lung health was assessed. Her lungs were normal on auscultation, and there were no findings that suggested sinusitis. High leukocyte esterase on urine chemical testing indicated a urinary tract infection or risk of it.

D.A. reported higher stress than normal due to COVID restrictions, which set the stage for Th2 immune imbalance.3 Lifestyle interventions such as prayer6 and walking outdoors were suggested, as they are proven to assist in lowering stress responses.

January 2021 AM serum cortisol levels (drawn within 2 hours of waking) were 326 nmol/L (reference range, 135-537 nmol/L), confirming that it was safe to move ahead with treatment to support her endogenous corticosteroid production.

Auricular testing suggested distress potential in the colon7 and liver, so treatment was selected to support these organs, especially due to their influence on the immune system and skin.

After gathering information, I find that listing management goals to organize treatment targets is helpful, especially when a condition has unknown etiology and the treatment is based on an understanding of functional medicine and biology (versus researched proof of effective treatments). My list of goals was as follows:

Here are the specific treatment recommendations I made to D.A.:

In November 2020, D.A. was 3 months into treatment. New lesions were continuing to emerge; however, she reported that they were now growing to only 50-75% of the size of prior lesions and were resolving and drying up faster despite no topical steroid use (Figure 4). She also reported much less itching.

One month later, on December 11, 2020, D.A, reported, “My skin is so much better, I would say by 95%, and the itching is almost gone.” Furthermore, no new lesions were showing at this time. The patient reported this by email, and the rash was not examined in the office on this day; however, photos showed purplish marks on the skin, with no bullae or raised lesions.

Naturopathic medicine, including a functional medicine approach, allows a practitioner to view a case for its multiple layers and elements of imbalance, rather than just through the lens of a disease name. In this case, looking for treatment based on a disease name would not have led us very far, as research has delivered no clear guidance regarding treatment. In Well’s syndrome, the outcome for a person experiencing repeat lesions for at least 4 months is grim, with an expected course of continued repeat lesions for 2 years, plus, often followed by spontaneous resolution. It is presumed that since D.A. reported having 95% resolution of her skin lesions, with no new outcropping of lesions, only 9 months into her condition, that the 4 months of naturopathic treatment likely facilitated a faster road to recovery than expected. This case sheds light on how naturopathic doctors are well equipped to improve the quality of life in our patients with difficult skin diseases.

Elisabeth Bastos, BSc, ND, RAcu graduated from Guelph University with a baccalaureate in the biomedical program. She received an ND diploma from CCNM in Canada (2005). Dr Bastos has been a board-certified acupuncturist and naturopathic physician for 15 years. She is certified as a Carroll Food Intolerance Method® practitioner and received training in India in homeopathic medicine. She has been a functional immunology student since 2019 and has extra training and close-to-home experience with complex cases, including neurological, heart-related, and tick-borne illness such as Lyme and autoimmune. Dr Bastos previously published a case on autoimmune neutropenia in NDNR. Contact: myhealth@elisabethbastos.com 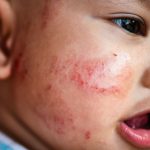 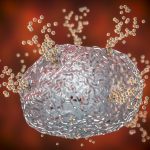