Biologist researchers at the University of Pittsburgh have found that the herbicide Roundup, when applied according to manufacturer’s instructions, caused a 70% decline in amphibian biodiversity and an 86% decline in total populations of tadpoles.[1]

Roundup is a glyphosate pesticide made by Monsanto and widely used around the world, often paired with genetically modified vegetable and tree crops that are resistant and do not break down the pesticide, causing larger concentrations of Roundup to enter waterways and aquifers.

Research using human cells shows that glyphosate is toxic to human placental JEG3 cells within 18 hours with concentrations lower than those found with agricultural use, and this effect increases with concentration and time or in the presence of the “inactive” ingredients in Roundup. The researchers tested the effects of Roundup at lower nontoxic concentrations on aromatase, the enzyme responsible for estrogen synthesis. The glyphosate-based herbicide disrupts aromatase activity and mRNA levels and interacts with the active site of the purified enzyme.[2] The “take home” message: Do not use this herbicide, make sure that your local school and parks are not using it, and buy organic vegetables and fruit.

Mitch Kennedy, ND, has a family practice in Avon, Connecticut, and is the first ND with clinical privileges at the University of Connecticut, a teaching hospital. Before graduating from Southwest College, Dr. Kennedy earned an international reputation as a leader in pollution prevention, showing industries around the world how preventing pollution saves money. 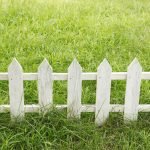 How Green Is Your Lawn?Editorial / Opinion, Naturopathic News 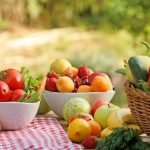