We MUST Talk About Breastfeeding

The basic intent of breastfeeding is to provide nutrients from mother to child in the purest form possible. So why has the subject of breastfeeding become so taboo? From the TIME Magazine cover featuring a mother breastfeeding her 3-year-old, to the women photographed in military uniforms breastfeeding their children, there has been much heated debate over breastfeeding in recent years. With instant formula more readily available than ever, it is time we had a real discussion about breastfeeding and why women need to be doing more of it.

Researchers in the Netherlands looked at data from more than 4000 infants and found that exclusive breastfeeding for more than 4 months led to a “significant reduction of respiratory and gastrointestinal diseases in infants.”1 They also found that being breastfed until
6 months of age seemed to be even more protective and appeared to reduce the number of infections for the next 6 months of the child’s life. Why would that be?

The cells of the mature intestinal lining are tightly packed together so that potential allergens cannot seep through into the bloodstream. But in the early months of life, the lining of a baby’s immature intestine is more like a sieve, allowing potential allergens to get through, which leaves the infant vulnerable to allergies and infections. Compared to formula-feeding, breastfeeding has been shown to reduce the risk of developing allergies and atopic disease in later years.2,3

Immunoglobulin A (IgA) is a protein which is only available in breast milk. Scientists believe that immune factors such as secretory IgA help prevent allergic reactions to foods by acting like a protective sealant in the digestive tract.4,5 Without this layer of protection, inflammation can develop and the wall of the intestine can become “leaky.” This allows undigested proteins and other molecules to cross the gut where they can cause an allergic reaction and other health problems.

Immune cells can be transferred from one individual to another through antibody-rich serum. We have learned that breast milk already contains antibodies that are transferred to the gut of the infant and protect against allergies and infections until the newborn can synthesize its own antibodies. This is known as passive immunity because the fetus does not make any memory cells or antibodies – it only borrows them. The opportunity for passive immunity is usually short-term, lasting from a few days up to several months.

Furthermore, breast milk aids in the proper development of a baby’s gastrointestinal tract. Breast milk contains a special substance called epidermal growth factor (EGF) which promotes the growth of the cells lining the baby’s intestines, as well as other surface cells such as the cells of the skin. Babies who are fed formula simply do not get the naturally protective and developmental benefits that breast milk provides, leaving them more vulnerable to inflammation, allergies, and other eventual health issues.

How Long Should You Breastfeed?

The American Academy of Pediatrics, the American Dietetic Association, and the World Health Organization all recommend exclusive breastfeeding for 4 to 6 months, to be followed by continued breastfeeding for 1 year or longer as complementary foods are introduced.6,7,8 Nonetheless, according to an article published March 25, 2013 in Pediatrics, early introduction of solid foods to infants under the age of 4 months is highly prevalent in the United States.9

During the first 3 years of life, a child’s DNA is programmed to only provide the digestive enzymes needed to digest its own mother’s milk. Amylase, the enzyme necessary to properly break down starch, is not available in the mouth until 6 months after birth. Infant formula is much less digestible than mother’s milk.10 Teeth start appearing around the eighth month or so, and the intestines prepare for digesting carbohydrates around the age of 18 months. It is only around the age of 36 months that the digestive tract is finally able to deal with a greater microorganism population and the small and large intestines are ready to accept or tolerate natural sugars.

Many in our field have suggested that the introduction of store-bought baby foods too early in life increases carbohydrate intake, thereby boosting insulin secretion and causing metabolic programming that can predispose a child to diabetes and obesity. The prevalence of childhood asthma and allergy has increased over the years.11,12 Our children are experiencing more “adult” diseases, such as metabolic syndrome, high blood pressure, lipid abnormalities, and type 2 diabetes.13,14 Eosinophilic gastritis is at an all time high.15 These trends are alarming; we must pay attention and seek a solution.

The Dangers of Infant Formulas

Toxins within baby formulas are another point of contention. A recent government study by the Centers for Disease Control (CDC) found several well-known brands of powdered formula contained unfavorable and even dangerous contaminates.16 Though the CDC didn’t identify the brands, they were identified as ones found on the shelves of major grocers around the country. Among the toxins was perchlorate, a compound used to make rocket fuel and which is known to have detrimental effects on the thyroid, as well as hormone production. Perchlorate contaminants are also found in water, which means infants are at even greater risk because not only is the toxin present in the formula, they get a double dose when the powdered formula is prepared with contaminated water.

Equally alarming is the fact that high-fructose corn syrup (HFCS) is found in many infant formulas. HFCS is known to cause many health problems including metabolic disturbances, weight gain, high triglycerides, and liver and heart damage.

Genetically-modified food is also a concern with infant formulas. Genetic ID, a company in Fairfield, IA, tested 4 soy-based baby formulas for genetically-engineered ingredients.17 All 4 products tested positive. And since many cows in the United States are now routinely ingesting synthetic growth hormones to artificially increase their milk production, it stands to reason that these hormones are also getting into the US formulas.

Most consumers are unaware of how much genetically-engineered food they are consuming because the US government does not require this food to be labeled as such. The bottom line is that all of these factors can be present in baby formulas, and, in fact, almost always already are. This poses a threat to the growth and development of children at a crucial time in their life.

The Need for Enzymes Has Never Been Greater

There are many circumstances in which mothers are unable to breastfeed and this article is certainly not an attack on those women. In fact, I [Dr Fuller] was a mother unable to breastfeed. But today there are many options available that make it easier to avoid the negatives of toxic formulas, and offer digestive enzyme support when mother’s milk is not available. Children can benefit greatly if given supplemental digestive enzymes the minute they stop taking in their mother’s breast milk or are introduced to formula or foods they are not intestinally equipped to digest. There are also good organic formula and food options out there that when paired with digestive enzymes can offer an even better alternative.

Animal-derived enzymes are not recommended for pregnant women or children, so be sure to use plant-based enzymes. Also, look for a comprehensive blend with enzymes that digest carbohydrates, proteins and fats. And since not all supplemental digestive enzymes are the same, look for select high-quality enzyme supplements that contain no fillers, herbs, or synthetic vitamins or minerals.

I [Dr Fuller] worked with a couple that had finally realized their dream of having a child. They were so excited they couldn’t wait for me to come over and meet him. However, every time we spoke by phone the child was emitting a long, high, piercing cry in the background. I recognized this as infantile colic, something we all see too often in infants today. This being their first child, they did not know what to expect. The mother had a problem breastfeeding; she was told that formula was probably better for her child and was given a liquid formula from her pediatrician. She mentioned feeling relieved that she didn’t have many “poopy” diapers to change, as the child had only 1 bowel movement per day. What she didn’t realize is this was not normal. Once I was able to see the child in person, it was clear that he was miserable. First, I checked the pediatrician-recommended formula ingredients and was shocked to see that it was 70% sugar. After searching around, I found a powder formula which contained around 17% sugar additives (the best I could find at that point in time). I recommended, in addition to changing formulas, that the parents incorporate digestive enzymes. With each feeding they mixed digestive enzymes with sterile tepid water in a child medicine feeder and dispensed the mixture into his mouth; they immediately followed this with the new formula. They noticed significant improvement immediately and continued to see marked improvement in his attitude, restfulness, and bowel movement regularity. The infantile colic completely dissipated.

Hippocrates was quoted as saying, “All disease begins in the gut.” With over 30 years of scientific and clinical research behind me in the area of digestion, I can agree with this unequivocally. And, as a mother, I have always wanted lifelong health for my children. This is why I so passionately believe that supporting proper development and function of the digestive system from infancy is the key to bringing a brighter, healthier future to our youth. 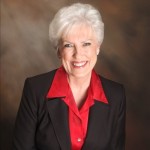 DicQie Fuller, PhD holds a doctorate in nutrition and health sciences. She is the founder and president of Transformation Enzyme Corporation, a nutritional supplement company specializing in digestive enzymes and probiotics.   With 23 years of clinical experience focusing on enzyme therapy and nutrition, she is actively involved in researching the health benefits of enzyme supplementation and overall digestive wellness. Dr Fuller is continually sought after for health seminars, conventions, and committee meetings. She has appeared on ABC, PBS, and several national radio talk shows. Dr Fuller has also published extensively, including articles on the use of enzymes in nutrition, digestive health, and body typing.

Julie George, NMD is a graduate of Southwest College of Naturopathic Medicine and is the founder of Sunstone Natural Health in Sedona, AZ. Dr George incorporates all aspects of naturopathic medicine to create a complete understanding for the individual person specializing in primary care, preventative care and environmental medicine. She is a member of the American Association of Naturopathic Physicians and American College for Advancement in Medicine. Dr George continues to expand her knowledge with her involvement in both research and conferences throughout the United States and Canada.