Science vs. Nature and the Naturopathic Field

In this continuing series, we review the tone and extent of the science-vs-nature debate by taking a look at the formation of the naturopathic profession from a philosophical viewpoint. Then, we discuss the debate about the place of bio-medical science in the normative curriculum of the naturopathic medical colleges. The debate is not yet over, but it’s clearer than it used to be.

The Naturopathic Profession: A Philosophical Look

The work of Whorton is especially helpful for us in understanding some of the philosophical underpinnings of the naturopathic field, including the place of science in that platform. He writes, “the best medicine of all is prevention instead of cure, and prevention is most effectively practiced by the patient instead of the doctor” (cited in Gevitz, 1988, p. 52). Whorton goes on to say that the role of science is not given first priority in such a paradigm and that “principles such as these have inspired any number of unorthodox health reformers over the past century and a half” (p. 52). For example, his survey of the Grahamite, Kellogg and Fletcher health reformers, who espoused a “positive state of health far above mere absence of disease” (cited in Gevitz, 1988, p. 68), puts the student of medical education history in mind of the manifestos and other publications of the American Association of Naturopathic Physicians and its Canadian counterpart, the Canadian Association of Naturopathic Doctors.

Susan Cayleff’s documentation of the development of hydrotherapy (1987), Kaufman’s extensive summary of homeopathy (1971) and Gevin’s examination of the development of osteopathy (1988) are valuable sources of information about key modalities in the naturopathic repertoire, and all address the place of science in the core learning outcomes. Kenneth Pelletier’s exhaustive survey of CAM therapies (2000) also includes descriptions and definitions of alternative therapies and systems, including mind/body medicine, dietary supplements, phytonutrients and hormones, traditional Chinese medicine, acupuncture, western herbal medicine, naturopathic medicine, homeopathy, chiropractic, ayurvedic medicine and yoga, and spirituality and healing. Commenting on the origins of naturopathic medicine, Pelletier writes:

“Naturopathy particularly emphasizes the adage ‘do no harm’ by stressing the use of interventions that are largely free of side effects rather than pharmaceutical medicines and surgery. Naturopathy is one of the oldest forms of medicine known to humankind, tracing its roots to the healing techniques of ancient China, India and Greece, and to Native American cultures. It weaves these healing traditions together with modern scientific principles and technology.” (Pelletier, 2000, p. 178)

Pelletier further comments that “naturopathic medicine has gained increasing respect not only from American healthcare consumers, but also from government bodies and from the conventional medical community” (p. 198), and that naturopathic physicians are “the best prepared of all CAM practitioners for integration into the mainstream,” because of their “broad training in complementary and alternative practices, as well as in biomedical sciences” (p. 198).

As scholars of professional formation become more familiar with the naturopathic profession, they have not forgotten to trace the roots of naturopathic philosophy and practice. For example, taking their lead from many naturopathic doctors, they tend to begin by citing the naturism of Rousseau (1712-1778) and his “leitmotif call” for a return to nature as a touchstone and ideological basis for describing the nature cure movement on which naturopathic medicine is established. There are academic conversations about the roots of naturopathic medicine, such as vegetarianism, hydropathy (also known as hydrotherapy), nudism and the rejection of drugs as these researchers strive to understand how naturopathic modalities characterize a “natural” perspective on how to achieve optimum health. The naturopathic practitioner will look to the whole person for answers to a particular pathology, as we know. The allopathic doctor, they know, has been trained differently. The allopathic practitioner is invariably reductionist in his or her approach to understanding disease.

However, in the literature describing the naturopathic camp, there is an increasing discernment that the naturopathic physician or doctor is different than the naturopath according to some definitions and based on some characteristics of groups in the wider culture of naturopathy. A naturopath who belongs to the Coalition for Health Freedom, for example, would have different training and orientation than a naturopathic doctor who is licensed in a regulated state and is a member of the American Association of Naturopathic Physicians or the Canadian Association of Naturopathic Doctors. The latter group will have had to meet pre- and post-program bio-medical science criteria, whereas the non-regulated naturopath would likely not. In any case, the naturopathic physician (utilizing the definitions of the Centre for Health Study at the University of California) would most certainly know the classic descriptions: Addison on the adrenals and pernicious anemia, Sydenham on chorea and Bell on facial palsy. At the core of scientific medicine, in any case, are techniques not anathema to naturopathic medicine, such as inspection, palpation, percussion and auscultation. The allopathic and naturopathic doctor each look, touch and listen. Each has lab tests and instruments to do the work of physical and clinical diagnosis. Indeed, these similarities have been true from the days of Frederick Gates and William Osler, who anticipated a time when all medicine, natural or scientific, could be “reduced to an exact science” (Bliss, 1999). Osler noted in The Principles and Practice of Medicine (1885, 1912), though, that the rigor that must accompany scientific medicine was frequently “not present in such fields as naturopathy, homeopathy and osteopathy.”

Osler declared that “medicine must rest on science” (Bliss, 1999). Osler, as a clinical physician, wanted a scientific underpinning to be the engine behind “working at the bedside,” but admonished medical students at that same time to be focused on the “whole patient,” not unlike the naturopathic physician who is trained to develop a relationship with the patient, which includes a comprehensive awareness of the person’s complete physical, spiritual and mental makeup.

Boon (1996), and Gort (1988) before her, has identified the contemporary manifestations of this tension between holistic and scientific practitioners, and indeed between holistic and scientific naturopathic practitioners. The holistic practitioner’s spiritual and physical words are “not separate, but manifestations of a single life force” (Boon, 1996). Consequently, symptoms, whether physical or spiritual, command the same attention. Their scientific counterparts, however, practice based on a biomedical model, which reduces all pathology to a cellular or molecular level. For the latter, the scientific method is the route to curing a disease. For the former, environment and spiritual balance are key factors in a treatment protocol.

As Schon reports (1987, 1995), “the greater one’s proximity to basic science, the higher one’s academic status.” Professional schools of medicine, in such a context, would strive to train healers and socialize them as biotechnical problem solvers. Routinely, they would follow a sequence that immersed the student in medical science and then in supervised clinical practice. Glazer (1974) describes this approach as a “yearning for the rigor of science-based knowledge and the power of science-based technique.” This fascinating polarity hugely influenced the development of naturopathic medical education in North America. The existence of a distinct tension between professional orientation (itself not consistent across the profession and often regionally diverse) and student socialization has been discussed from a somewhat different perspective by Boon (1996) in her analysis of the scientific and holistic world views of both students and practitioners.

Gieryn’s (1983) discussion about the practical problem of constructing some kind of boundary between science and “varieties of non-science” is an important theoretical discussion about the claims to authority that science insists on. Naturopathic physicians and their teachers seem attracted to such a source of authority, but define their eclectic professional therapies inside and outside such boundaries. There are even continuing claims that the profession has not embarked on rigorous research about key modality areas in its repertoire, such as individualized nutritional therapy (Vickers & Zollman, 1999) or chronic diseases in general (Haynes, 1999). A persistent equivocation in the broader field of clinical practice and the continuing influence of practitioners on their educational institution’s priorities have influenced the development of the profession and those very educational institutions.

Gieryn TF: Boundary-work and the demarcation of science from non-science: strains and interests in professional ideologies of scientists, American Sociological Review 48:781-95, 1983.

Gort E: A Social History of Naturopathy in Ontario: The Formation of an Occupation. M.Sc. Thesis, Division of Community Health, University of Toronto, 1986. 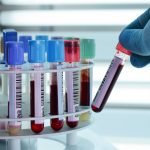 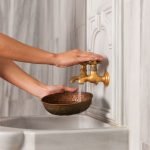