Hydrotherapy: Foundation of a “Nature-Cure” Curriculum

The bibliographic details cited below derive mainly from the work of Dr. Letitia Watrous, whose seminar materials and lectures on hydrotherapy have kept this modality very strong in the northwest Pacific and whose research is recounted here.

Hydrotherapy, as a principal naturopathic modality, reflects the enduring interconnectedness across many generations among orthodox medical doctors, untrained empirics and trained but not unorthodox medical practitioners. This interplay or layering of professional practice and experience is characteristic of naturopathic medicine and its evolution. With the history of hydrotherapy in mind as a kind of leitmotif for the profession’s development of a body of knowledge in a key modality, it is important to note the continuing presence of this “traditional nature-cure modality” in CNME-accredited naturopathic colleges. Its location in the history of naturopathic medicine helps to explain its continuing presence in naturopathic medical curricula.

Available texts on hydrotherapy go as far back as John Floyer’s 1697 treatise, The History of Hot and Cold Bathing, which generated six editions because of its widespread popularity and application. In 1752, Tobias Smollett (1721-1771), an English surgeon and writer, produced his Essay on the External Use of Water, which triggered discussion among mainstream medical circles at the time. In 1797, James Currie (also a British physician, 1756-1805) distributed his study on the use of water for treating febrile illnesses in which thermometric monitoring of fever patients was first proposed. James Gully’s The Water Cure in Chronic Disease (1846) stimulated interest not only in England, but also in France. Louis Fleury (1815-1872) published a somewhat derivative treatise, Traite Pratique et Raisonne D’Hydrotherapie, in 1852, but which added scientific validity to cold-water treatments.

However, it was in Germany that momentum for the validation and expansion of water-cure treatments took the strongest path. There is evidence that the German translation of Floyer’s 1697 treatise had an impact on Johann S. Hahn (1696-1773), who laid the foundations of modern hydrotherapy in that country. Priessnitz (1799-1852), the so-called “unschooled peasant” of Graefenberg, Silesia, expanded awareness of hydrotherapy, or ‘water cure,’ dramatically. The link between Priessnitz and the development of water cure in the U.S. is well documented in texts, such as The Water Cure Applied to Every Known Disease (J.H. Rausse, 1835), Errors of Physicians and Others in the Practice of the Water Cure (J.H. Rausse, 1840), Neo-Naturopathy (Louis Kuhne, 1886) and The New Natural Method of Healing (F.E. Bilz, 1896), a nature cure classic.

It was Sebastian Kneipp (1821-1897), though, whose My Water Cure (1872) – coupled with his rise to international prominence as a lay healer – stimulated many imitators and admirers on both sides of the Atlantic.

Certainly, Wilhelm Winternitz (1834-1912) added to the influence of Priessnitz, producing some 200 articles and books on hydrotherapy, and training myriad doctors and nurses in water cure techniques, not to mention treating literally thousands of patients himself. Winternitz established that the most potent effects of water cure were mediated through the nervous system.

John Harvey Kellogg of the U.S. brought Winternitz’s scientific hydrotherapeutics to America. Kellogg’s Battle Creek Sanitorium in Michigan is not only the birthplace of Kellogg’s Corn Flakes cereal, but also the platform from which Kellogg wrote the seminal text on water cure, Rational Hydrotherapy (1901). Simon Baruch (1840-1921) continued this work, documenting thousands of serious medical cases treated by water (The Principles and Practice of Hydrotherapy, 1898; An Epitome of Hydrotherapy for Physicians, Architects and Nurses, 1920).

The first North American work on hydrotherapy was John Smith’s 1725 volume, The Curiosities of Common Water … in Curing Cholera, Intemperance and Other Maladies. This latter study reflects Floyer’s earlier classical 1697 work alluded to earlier and which had influenced European hydrotherapists so deeply. Dr. John Bell (1796-1872) published Treatise on Baths, a work that had wide following in North America and Europe until Winternitz’s work came along some three decades later. As well, there are records of a serial publication, The Water Cure Journal, edited by Joel Shew (1816-1855). Shew’s biography talks about his having been overexposed to mercury, iodine and bromine compounds (he had been a daguerreotyper). He went to see Priessnitz. Shew dedicated his 1847 Water-Cure Manual to “the immortal Priessnitz.”

Russell Thacher Trall (1812-1877) worked with Shew and wrote more than 25 books that are still indexed at the Library of Congress, his most famous being the Hydropathic Encyclopedia (1852). There is also the American Magazine of Homeopathy and Hydropathy, edited in the 1850s by J.H. Pulte and H.P. Gatchell, two Ohio homeopaths. Some time later, the work of Benedict Lust and Henry Lindlahr proliferated across the U.S. and Canada. Lust’s work is referenced elsewhere in this study, as is Lindlahr’s, although the latter’s Nature Cure bears repeating because of its immense impact on modern-day hydrotherapists, such as Dr. O.G. Carroll (1879-1962).

Dr. Carroll’s “constitutional hydrotherapy treatment” is the foundation of water-cure training at naturopathic colleges in North America. One of Dr. Carroll’s students was John Bastyr, founder of Bastyr University. Another was Dr. Harold Dick of Spokane, Wash., whose daughter, Letitia Watrous, continues his hydrotherapy practice to this day and often teaches at CNME colleges in Canada and the U.S. All one has to do is view the videotapes of Dr. Dick recounting his delightful and rich experiences with Dr. Carroll (these tapes are at NCNM in Portland, Ore., and are popular viewing for ND students there) to capture the enthusiasm for this modality. 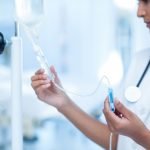 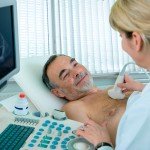