Normal adrenal gland function is essential during acute and chronic stress responses.1 Although commonly used, the term “adrenal fatigue” is not considered a diagnosable illness by allopathic medicine, perhaps because the effects of bioaccumulated background toxic exposures are not usually considered by allopathic physicians.2,3 The available evidence indicates that adrenal insufficiency may occur from a variety of factors, including accumulated toxic exposures.4 However, the testing guidelines currently used to assess endocrine disruption have neglected the examination of the adrenal gland, and have not fully explored chemical effects on steroid hormone receptors and metabolism.5 It is especially important, then, to consider the effects of toxic exposures on adrenal function. Toxic exposures increase oxidative stress and alter enzyme activity.3-6 These effects, combined with poor nutrition and inherited variations in enzymes of steroid hormone metabolism and detoxification, may contribute to adrenal hypofunction in susceptible individuals.4 Relieving toxic burden may help prevent the progression to autoimmune adrenal insufficiency and improve adrenal function in those at risk for environmentally induced adrenal hypofunction.7,8

With our increasing understanding of individual genetic variations in enzyme function and detoxification capacity, it is likely that what has been termed “adrenal fatigue” in the past actually describes an environmentally induced adrenal hypofunction. Chronic stress is also part of one’s environment and is known to alter cortisol levels, particularly if the stressful condition cannot be avoided or changed.9 Toxic exposures may affect the hypothalamus-pituitary-adrenal (HPA) axis in several different ways. The exposure may alter glucocorticoid or mineralocorticoid metabolism, central nervous system signaling of the HPA axis, or the expression of receptors. Changes that result from toxic exposures or chronic stress may be reflected in abnormal cortisol slopes (Figure 1) and altered urinary glucocorticoid and mineralocorticoid metabolite levels.4,10,11

However, before adrenal hypofunction can be blamed wholly on chronic psychological stress or environmental exposures, inherited and physiological causes of adrenal hypofunction must be ruled out.2 Symptoms of adrenal insufficiency include fatigue, anorexia, and weight loss; other symptoms, such as nausea, hyperpigmentation, salt craving, hypotension, abdominal pain, altered gastrointestinal (GI) motility, and postural dizziness, may also be present. Organic causes include the following:

It is also possible that environmental exposures play a role in the induction of autoimmune primary adrenal insufficiency (ie, Addison’s disease). Antibody screening may be used during the diagnostic evaluation of individuals with Addison’s or be used to monitor asymptomatic at-risk individuals (family history, high-risk genetics, etc).14 Fortunately, the presence of 21-hydroxylase antibodies does not mandate progression to Addison’s, as only 30% of those with positive antibodies typically progress to active disease.14 The low percentage of disease progression provides another clue that environmental factors may play a larger role than expected, and it is possible that early-stage, subclinical, antibody-positive individuals might best benefit from detoxification strategies.7,23 Toxic chemical exposures are known to induce autoimmune responses, and while Addison’s disease is considered irreversible, there are several documented cases of spontaneous remission.24,25 Such cases may be another clue that environmental conditions, including toxic exposures from metals or persistent organic pollutants (polychlorinated biphenyls, organochlorines, benzenes, etc) may play a role in disease induction and recovery.26,27 In addition, toxicants may directly damage mitochondria, which contain several enzymes vital for steroidogenesis, and toxicants may alter liver detoxification functions, which can affect circulating glucocorticoid and sex hormone levels.28,29

Toxic exposures can compromise glucocorticoid synthesis and metabolism; each enzyme in the glucocorticoid synthesis pathway can be affected by multiple toxicants.3,4,30,31 Over 60 chemicals are known to alter adrenocortical functions, and perinatal exposures or exposures during developmental windows may alter the function of the HPA axis for life.30-33 The adrenal gland and cortex have been documented to have the greatest sensitivity to toxicants of all the endocrine organs.30 Nutrient deficiencies can exacerbate the effects of toxic exposures, so the cofactor requirements of the pathway enzymes need to be considered as well. Cortisol is synthesized in the adrenal glands by cytochrome (CYP) P450 enzymes, which require a heme cofactor. Heme synthesis may be compromised as a result of iron deficiency, toxic metal exposures, or the presence of porphyria.3,34 Cortisol converts into its storage form, cortisone, via 11β-hydroxysteroid dehydrogenase type 2 (HSD11B2; B3 cofactor).35 Cortisone may be converted into cortisol as needed by 11β-hydroxysteroid dehydrogenase type 1 (HSD11B1; B3 cofactor), a different enzyme. The ratio between urinary free cortisol and cortisone, along with the ratio of cortisol metabolites to cortisone metabolites, indicates the activity of HSD11B1 and HSD11B2 (Figure 2).

The HPA axis may also be disrupted by toxic exposures. Blood levels of cortisol are monitored by the hypothalamus in the brain.35 When blood cortisol levels decline, the hypothalamus releases CRH and arginine vasopressin to activate the HPA axis. The pituitary, when stimulated by CRH, releases ACTH, which stimulates the adrenal gland to produce and release cortisol. Environmentally induced signaling failures in the HPA axis may contribute to adrenal insufficiency.2,30 Cadmium exposure has been shown to alter pituitary function and levels of prolactin, ACTH, thyroid-stimulating hormone (TSH), and growth hormone in animal studies.3 Lead has been shown to reduce ACTH-induced glucocorticoid production in other studies.3 Toxic metal exposures can also disrupt the diurnal chronicity of pituitary signaling for both ACTH and TSH.3

Toxic exposures can also alter the function or conformation of receptors, which may further alter HPA axis signaling.38 Downregulation of receptors can inhibit the effects of cortisol, resulting in a functional adrenal insufficiency – although cortisol may be produced, there are not enough cellular receptors to receive the signal correctly, resulting in an apparent hypofunction. As a result, such individuals may produce cortisol but present clinically as if they have an adrenal insufficiency (“adrenal fatigue”). These individuals are likely to respond well to detoxification protocols and stress management, as current evidence indicates that mind-body interventions are able to alter the epigenetic methylation of genes for receptors, enzymes, and inflammatory cytokines.39-41 Compounds containing antimony, barium, cadmium, lead, and tin, as well as compounds containing cobalt, copper, lithium, manganese, and zinc, are all antagonists of glucocorticoids and mineralocorticoids in vitro.42 Chemicals such as pyrethroids, organochlorines, ethiofencarb insecticide, atrazine herbicide, and tolylfluanid fungicide have antagonistic effects on glucocorticoid receptors.43 Other cell studies indicate that, even at low background levels, many chemicals have cumulative anti-mineralocorticoid effects.44 Other toxicants that can affect receptors include bacterial lipopolysaccharide (endotoxin), fungal aflatoxin, bacterial Shiga toxin, mold mycotoxins, and cigarette smoke.38

If environmental exposures can contribute to adrenal insufficiency, then toxicant avoidance, detoxification, and nutritional support of antioxidant and detoxification pathways may improve adrenal function, axis signaling, and hormone metabolism; this in turn may permit lower doses of replacement hormones or perhaps prevent disease progression.7,23,45,46

The first step of any detoxification protocol is the elimination of the exposure.23 Screening for recent or ongoing toxic exposures may be done using urine or blood (or hair for toxic metals); the time-frame for exposure varies by sample type, from weeks to months.7 Elimination of stored toxins is the next step. Some toxic metals may require chelation. However, toxic metals (eg, arsenic, cadmium, lead, mercury) and many lipophilic chemicals (eg, PCBs, polybrominated biphenyls, chlorinated pesticides, hexachlorobenzene) may be excreted in human sweat.47-49 Sweating combined with weight loss has been shown to be an efficient method of reducing a chemical body burden. The bacteria of the gut microbiome possess many classes of metabolic and detoxification enzymes and may thus perform many of the same biochemical transactions as the human liver. A diet rich in fruits, vegetables, and other fibers has been shown to improve microbial diversity and decrease enterohepatic recirculation and circulating endotoxin.28,50,51 A diverse microbiome may improve autoimmune diseases through the promotion of immune tolerance and anti-inflammatory cell-signaling.52,53 Increasing the amount of plant-based foods in the diet also increases the amount of dietary antioxidant and anti-inflammatory phytochemicals, which can aid detoxification.54

Nutritional support of biochemical detoxification processes, mitochondrial functions, and antioxidant status is the next step. Liver dysfunction has the potential to impair cortisol metabolism and alter a hormone’s half-life.55 Different toxicants may increase or decrease the activity of specific liver enzymes and affect the levels of glucocorticoids, mineralocorticoids, or sex hormones.56

Supporting the adrenal glands is also important. Adrenal function may be supported with nutrients essential for cortisol synthesis, such as potassium, vitamins B3 and B5, and ascorbic acid.71-75 Most adaptogenic herbs (eg, Panax spp, Withania somnifera, Eleutherococcus senticosus) do not directly alter cortisol levels, but rather appear to alter cell-signaling pathways or increase dehydroepiandrosterone (DHEA).76 Other herbal support to consider includes Cordyceps sinensis (or C militaris), which has been shown in animal studies to induce the conversion of cholesterol to the hormone precursor pregnenolone and to increase corticosterone synthesis.77,78

Naturopathic medicine, with its emphasis on detoxification and treatment of causative factors, has much to offer individuals diagnosed with adrenal insufficiency. The increased oxidative stress and decreased enzyme activity induced by toxic exposures, combined with poor nutrition and inherited variations in enzymes of steroid hormone metabolism and detoxification, can contribute to adrenal hypofunction in susceptible individuals. Relieving the burden may prevent the progression to autoimmunity, as well as improve adrenal function in those at risk for environmentally-induced adrenal hypofunction.

Andrea Gruszecki, ND, received her BA in Ecology and Evolutionary Biology from the University of CT, and her doctorate in Naturopathy from SCNM (2000). Trained as a radiologic technologist and Army medic, she spent the years prior to graduation working in urgent care and hospital settings, gaining valuable clinical experience. Dr Gruszecki is a member of the Consulting Department at Meridian Valley Laboratory, where she provides interpretive assistance with laboratory results, writes interpretations, and creates conference presentations. She is expanding her hormonal knowledge, and brings her expertise in urinary neurotransmitters, toxic metals, and methylation pathways to the interpretation of MVL laboratory results. 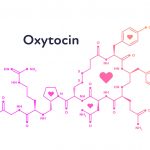 Love & Male Factor Infertility: What’s Oxytocin Got to Do with It?Endocrinology, Fertility 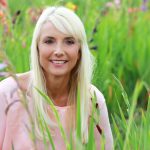