Love & Male Factor Infertility: What’s Oxytocin Got to Do with It?

Oxytocin has rightly claimed its name as the hormone of love, with its essential role in birth, bonding, milk production, and feeding. We now know how important oxytocin is for social and emotional development in newborns and children and relational bonding between partners and friends. However, the focus on this powerful hormone’s role as the love hormone may have overlooked the fact that oxytocin is also a hormone of fertility. We need to reconsider the role of love and oxytocin in conception.

Among couples who are struggling to become pregnant, the act of love-making can shift from being an act of pleasure and emotional connection to being a requirement, an act of performance, planned, timed and often accompanied by periods of necessary abstinence. More so, in modern fertility, sex, love, and the act of love-making are innocently bypassed amid heroic efforts to “make a baby.” In fact, couples struggling with infertility attempts to get pregnant through assisted reproductive technologies can experience feelings of stress, isolation, fear, frustration, and even anger instead of feelings of love, bonding, and emotional connection that are commonly associated with love-making and reproduction. This article will explore the relationship between “love,” oxytocin, and fertility. Could love and oxytocin be the most potent fertility solution?

“Penile erection is one of the most important sexual responses, and its achievement is essential for successful reproduction.”1

It is estimated that 40-50% of cases of infertility in couples are due to male factor infertility, and as many as 12% of men are infertile.2 Some cases are a result of sexual dysfunction. In fact, in 1 out of 6 men struggling with infertility, erectile dysfunction and/or premature ejaculation may be the root cause.3 Infertility puts further strain and stress on sexual performance, often worsening these issues.

Although this article will discuss the role of oxytocin in erectile dysfunction, this condition should be thoroughly worked up to properly diagnose the primary cause, as erectile dysfunction and infertility can also be early indicators of a man’s general and cardiovascular health.

Oxytocin (OT) has historically been thought of as a female hormone, since it is recognized for its role in milk ejection and parturition during birth. Both of these actions result from smooth muscle contraction. More recently, OT has also been found to have similar and important roles in stimulating smooth muscle cells in the male reproductive tract during sexual arousal.4 OT plasma levels are significantly higher during orgasm/ejaculation than prior to stimulation.5 This burst of OT is thought to stimulate contractions within the reproductive tract, aiding sperm release.1

Moreover, OT has been found to be one of the most potent agents known to induce penile erection. The intensity of orgasm has also been found to correlate with plasma levels of OT.5 A study in animals showed that when there is tactile stimulation of the glans penis, the sensory information is transmitted to the paraventricular nucleus of the hypothalamus and results in the activation of oxytocinergic neurons and the release of hypothalamic OT at ejaculation.6 This reflex arc is similar to the milk let-down reflex seen in females.

It is a current topic of debate that sperm counts may have been in decline over the past 50 years. Semen collection and analysis have not been well standardized, and methods vary from lab to lab and nation to nation. One thing that is clear is that increasing numbers of young men have sperm counts in the subfertile range, ie, <20 million/mL (Figure 1).7 Today, the most common cause of male factor infertility is low sperm count.7,8 As sperm counts decline, the time required to achieve pregnancy increases. This is further complicated when both partners have reduced fertility – a common scenario, as many women are waiting until later in life to have children. For example, imagine a couple, both aged 37, and the male has been determined to have a sperm count of 20 million/mL. At age 37, the woman’s likelihood of getting pregnant is 50%, as compared with roughly 80% in her 20s.7 If her partner had a normal or high sperm count, she might conceive more easily; however, their fertility significantly decreases with the limitations on both sides.7

Studies have also identified that oxytocin receptors are present throughout the male reproductive tract and that OT’s local actions cause contractions of the seminiferous tubules, epididymis, and the prostate gland.1,13 OT is produced locally in the testis, epididymis, prostate, and penis.1 Its mechanism of action is not yet clear; however, several studies have confirmed OT’s influence on the degree of contractility of the seminiferous tubules and the transport of sperm toward and away from the epididymis.1,13 It seems clear from studies that OT improves semen quality and quantity in men with oligospermia and improves sperm transport through the male reproductive tract. There is also evidence suggesting that exogenous administration of OT in infertile men may increase sperm counts in ejaculated semen.1

Most pregnancies are the result of a union; some suggest that the highest expression of a union is the creation of an offspring. The union, and especially the quality of the union, is often an overlooked component in a fertility work-up. This is especially important for a couple struggling with infertility, since infertility can create more relational tension and distress.

Various studies have examined the impacts of infertility on women, men, and their relationship, and the literature is consistent in noting an increased level of physiological stress in both women and men. Compared to fertile men, infertile men have been shown to have higher rates of physiological stress.14 Infertile couples show higher rates of anxiety and depression, as well as increased rates of sexual dysfunction.14-16 Infertile men, although studied less frequently than women, have shown higher levels of depression as compared with fertile men.14

A relationship exists between OT and male infertility, and OT appears to play a role in counteracting stress.11 Lower levels of OT are found in men with infertility, and infertility is associated with higher levels of stress. Oxytocin has the ability to lower the perceptions and physiological impacts of stress by reducing levels of glucocorticoids. Moreover, intranasal administration of OT has been shown to produce dramatic improvements in libido, erection, and orgasm in men struggling with issues such as social avoidance and relational problems.11

A study conducted in 2003 by Wilkstrom and colleagues examined the impact of a single session of Swedish massage on OT levels. Pre- and post-massage levels of OT in men and women were not significantly different.17 Similarly, Ditzen et al found that a single massage given by husbands to their wives had no significant impact on OT levels, but did reduce the women’s cortisol levels and heart rate.18 Much of the research on OT response is focused only on women, so we can only speculate about similar male OT responses; more research is needed in this area. However, one study, conducted by Grewen and colleagues, did include men and examined the effects of a supportive relationship (a cumulative impact) and warm touch on OT levels.19 The study found that both men and women who report having more frequent positive interactions had significantly higher baseline OT levels (Figure 2). As seen in other studies with animals and humans, repeated exposure to positive, supportive interactions may be necessary for enhanced OT activity in both genders.

Figure 2. Effect of Support on Oxytocin19

Higher OT levels may also increase the probability of future positive interactions, such that OT and partner bonding produce a positive feedback loop with each other. Another study showed increased levels of salivary OT levels compared to baseline in couples who learned and then practiced warm and listening touch with each other.20 Couples in the study that were not trained in the method (the control group) only reported their interactions and did not show the same increases in salivary OT levels.

From a survey of the literature, we can see how the quality of a relationship, infertility treatments and its associated stressors, and stress, in general, all play into male factor infertility. Although increasing love-making, massage, mutually supportive care, cohabitating, and romance may not solve all cases of male infertility, there is sufficient evidence to encourage these behaviors to help men improve their fertility and as a coping strategy to support couples as they navigate through a season of infertility. The act of “love” should also be recommended to patients who are undergoing assisted reproductive technologies, as an essential ingredient in baby-making.

BreAnna M. Guan, ND, is the owner of the Boston-based fertility and women’s health practice, True Love Fertility™. Dr Guan also provides natural fertility support virtually to women from across the country. She served as the president of the Indiana Association of Naturopathic Physicians. In 2018, she created the first-ever Nourish Women’s Health Conference to raise awareness of naturopathic medicine and inspire women towards health. Dr Guan’s mission is to empower women and families to thrive during fertility, pregnancy, and parenthood, to positively impact generations to come. For more information, contact: www.truelovefertility.com. 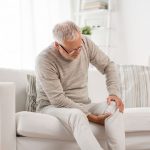 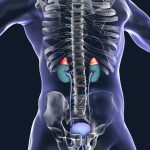