From my clinical observations, gout seems to be very painful. It is reported in some medical literature as being the most painful of all joint diseases. The 3 patients described herein had experienced recurring episodes of gout for many years. Certainly, diminishing or eliminating the return of gout attacks is a goal for treatment.

Gout is defined as uric acid crystal depositions in the connective tissue, joint space, or both. An increased concentration of uric acid and a breakdown of purines, generally eliminated through the kidneys and by biliary excretion through the colon, can lead to the formation of sodium urate crystals. These crystals, circulating through the blood and landing in the connective tissue and joint spaces, result in inflammation, swelling, and severe pain, often occurring in the great toe initially and spreading to other joints if left untreated. Uric acid depositions, called tophi, feel like lumps under the skin, around the affected joints and at the rim of the ear. There can be a risk of kidney stone formation. Rapid weight loss can increase uric acid levels rapidly and trigger an episode of gout.

Genetic predisposition is a contributing factor, with 6% to 18% of patients with gout having a family history.1,2 Other factors include obesity, excessive alcohol consumption, excessive purine food consumption, an enzyme defect, and exposure to lead.

When considering therapeutics, a low-purine diet is at the top of the list, to diminish the source of the uric acid substrate. High-purine foods include organ meats, anchovies and oily fish, some mushrooms, brewer’s yeast, and baker’s yeast.3 Other meats, beans, and legumes, especially soybeans, are considered moderate. Fruits and vegetables and nuts and seeds are lowest.

An alkalinizing diet can be effective in diminishing overall products of inflammation, whether it is related to gout or not. This can be confusing for some patients because the postdigestive pH in foods is what is being referred to for alkalinizing dietary choices. The potential renal acid load is a calculation of protein, potassium, calcium, magnesium, and phosphorus to determine the relative acidity-alkalinity of foods. This tool can be used to more effectively achieve alkalinization of the body through diet.4

In addition, drinking adequate fluids is essential, especially water. This is to keep the body’s elimination optimal.

Herbal actions to consider in the treatment of someone with gout include the following: xanthine oxidase inhibition, diuretics to keep the kidneys flushing, inflammation modulators, choleretics and cholagogues to increase biliary excretion of uric acid, and collagen strengthening to prevent the breakdown of the collagen matrix.

There are numerous herbs to consider to address diuretic action, inflammation modulating, choleretic and cholagogue performance, and connective tissue strengthening. Herbs to alleviate the severe pain in an acute gout attack may be needed, along with other naturopathic treatments for pain.

A group of gemmotherapy remedies has been shown to diminish or eliminate recurrent gout attacks through various mechanisms. These include the following:

The juice of cherries and other blue and red anthocyanidin- and proanthocyanidin-rich fruits lowers uric acid levels. They also strengthen connective tissue.

I could not write about gout without inclusion of the homeopathic remedy Colchicum autumnale (autumn crocus). This is also the plant source of the allopathic drug colchicine.

DL woke in the middle of the night in late January with the second toe on his right foot throbbing. He had a history of arthritis and a history of gout, with 5 to 6 episodes over the 3 years since the initial onset. Other episodes occurred with pain and swelling in the great toe, this time being the first to go into a different joint in the body. There was no family history of gout. The initial onset was in France, where he had been spending a holiday and partaking in an increased amount of rich foods and wine. To treat himself, he urticated his foot daily with stinging nettles and ate lots of cherries. This latest episode followed the winter holiday season, during which he had increased his consumption of rich foods, sweets, dark beer, and margaritas. Each episode was extremely painful for 4 to 6 weeks, often leaving him unable to walk.

Being an herbalist, he was self-treating this episode with A graveolens (celery seed) capsules, which he had used in the past with varying outcomes. He was also taking cod liver oil, glucosamine sulphate, and homeopathic Colchicum autumnale 30C, as well as applying Hypericum perforatum (Saint-John’s-wort) oil topically. He was using ibuprofen (800 mg) 3 times per day, which was only helping to take the edge off the severe pain.

Treatment given was biotherapeutic drainage remedies for the kidneys and liver, gemmo remedies F excelsior (ash) and B verrucosa (silver birch), along with contrast hydrotherapy 2 to 4 times per day. The biotherapeutic drainage and gemmotherapy remedies were dosed at 6 times per day for the first few days. The dosage of A graveolens (celery seed) was increased, the homeopathic Colchicum autumnale 30C was continued twice per day, and I recommended that he should work toward decreasing the ibuprofen dosage, moving toward eliminating it completely, to take that burden off the liver and kidneys.

Following up in 2 days, DL reported that his foot was still red and swollen but no longer hot. He was still uncomfortable, especially walking on it, but there was no pain on palpation. He had woken 5 times the previous 2 nights to urinate, with copious amounts of urine. The biotherapeutic drainage and gemmotherapy remedies were continued at 6 times per day for the next week and then dropped to twice per day until the bottles were finished. The homeopathic remedy was changed to Urtica urns 30C (2 doses per day), stopping as the symptoms subsided.

One week later, DL called to inform me that he was significantly better. He was quite relieved, as previous episodes of gout had lingered painfully for many weeks. No new recommendations were given. I saw DL just this week, and he reported that he has not had a gout attack at all since that treatment.

ED has lived with much stress in his life. His parents divorced early in his life, he fought with his mother often, and he began his demanding and competitive professional career very young. He has been an orchestra conductor internationally for 45 years, has traveled extensively and often, and is currently in his sixth marriage, in which he has 2 young children ages 6 and 8 years. He came for the initial appointment, reporting a long-standing heart arrhythmia, history of hypercholesterolemia, severe sleep apnea, recently diagnosed adult-onset diabetes mellitus, and 20 years of ongoing episodes of gout. The first gout attack gave ED extreme pain in the large toe, a classic sign. The left great toe has been stiff and unbendable over the past 5 years, and currently with a gout episode he gets pain in the left ankle and knee. He has used only nonsteroidal anti-inflammatory drugs for treatment, as needed. I recommended a treatment of biotherapeutic drainage for the kidneys and liver, as well as the gemmotherapy remedies F excelsior (ash), B pubescens (white birch), and P montana (mountain pine). These were dosed at 3 times per day because he was not in the midst of an acute attack. In addition, I suggested that he should drink on an ongoing basis ¼ cup of cherry juice daily and take T officinale (dandelion leaf) capsules daily as a diuretic, Crataegus oxycantha (hawthorne) for the cardiovascular issue, and Vaccinium mytillus (bilberry) tincture daily to strengthen connective tissue. I recommended that he should drink green tea (1-2 cups daily) and have homeopathic Colchicum autumnale 200C on hand to use in case of a gout episode, instead of the nonsteroidal anti-inflammatory drugs. It has been 2 years, and he has not had any recurring episodes to date.

SL just came into my office last week, reporting 25 years of gout, 2 to 3 flairs each year, with remission in between. The first episode began in his left great toe. SL drank a lot of alcohol and ate a lot of red meat during this period of his life. Initially, he was treated with indomethacin, dosed as needed for pain, and eventually was prescribed allopurinol or probenecid daily to assist in lowering uric acid levels. He refused the medication because of the way it made him feel. Gradually, the pain during the gout attacks progressed into his knees, and currently the pain travels all over his body, including wrist, hands, elbows, both knees, ankles, and occasionally in the shoulders.

SL had difficulty walking into my office, reporting that he has been on crutches for the past few months because of the pain. He has developed tophi at the end of each elbow that are the size of golf balls, as well as the palpable beginning of tophi development above both knee joints. There is swelling on the great toe of the left foot, which has remained constant for the past 5 years. He reports that he is currently not drinking any alcohol and has been adjusting his diet of late, eating primarily vegetables, mostly raw, along with nuts and seeds. He is staying away from fried foods, breads, and sugar and cannot eat seafood, especially shellfish, because of getting an intense flair. He reports a weight loss of 15 to 20 lb in the last month. He drinks 1 to 2 gallons of water daily.

Treatment recommendations after the initial appointment for SL are as follows:

Although I do not have the outcome of the treatment to report, I included this case because these are the largest tophi that I have seen in my 17 years of practice. The patient and I both have the question of whether these can be reabsorbed. He is also wondering if they can be surgically removed. Our bigger question is how much repair can occur in the body that has struggled with the inflammatory process of gout to this extent for this length of time.

Robin DiPasquale, ND, RH (AHG) earned her degree in naturopathic medicine from Bastyr University in 1995 where, following graduation, she became a member of the didactic and clinical faculty. For the past eight years she has served at Bastyr as department chair of botanical medicine, teaching and administering to both the naturopathic program and the bachelor of science in herbal sciences program. Dr DiPasquale is a clinical associate professor in the department of biobehavioral nursing and health systems at the University of Washington in the CAM certificate program. She loves plants, is pub-lished nationally and internationally, and teaches through-out the U.S. and in Italy on plant medicine. She is an anusara influenced yoga instructor, teaching the flow of yoga from the heart. She currently has a general naturopathic medical practice in Madison, Wis., and is working with the University of Wisconsin Integrative Medicine Clinic as an ND consultant. 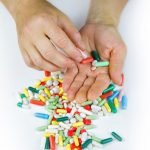 The Drug Curse: Playing with Symptoms Instead of Removing the Cause of DiseaseDetoxification Medicine, Education, Mind/Body, Pain Medicine 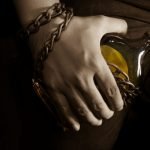