The study of endocrinology began as early as the study of medicine. References to endocrinology have been found in Sanskrit writings and in Chinese, Egyptian, Greek, and Roman medicine. Hippocrates considered many diseases a result of various humors and for treatment used corresponding healthy organs of animals around 460 bc.

The principle of hormone action was elucidated in 1902 by the experiments of W. M. Bayliss and E. H. Starling in London. The first named hormone, secretin, was observed during research of the tryptic activator enterokinase. A dilute solution of hydrochloric acid added into the duodenum caused a marked flow of pancreatic juice. Initially, the effect was believed to be purely due to the communication of the nervous system. However, when the nerve channels were cut, pancreatic juice was still secreted with an injection of acid. Hence, it was demonstrated that messaging from the intestine to the pancreas was carried through humoral channels. The active pancreatic stimulant was named secretin. Starling called secretin a hormone, from the Greek hormao, meaning “I arouse or set in motion.”

The active stimulants known as hormones were so named because of their definitive chemical composition and actions carried by the blood to coordinate the activities of certain remote organs. Hormones are similar to pharmaceuticals in that their mode of action involves focusing on specific organs. However, hormones have the ability not only to coordinate various body functions (such as pregnancy, mammary secretions, growth, and sexual development) but also to destroy toxins, and most significantly hormones control one another.

Endocrinology is not just the study of diseases in the endocrine organs and their effects on the body; actual functional disturbances of endocrine activity are just as important as endocrine disease. Slight abnormalities in the balance of the endocrine organs respond to treatment and can be restored to normal function more quickly than when much damage has occurred and there is dysfunction of a gland.

Multiglandular, or pluriglandular, therapy is the practice of strengthening corresponding organs to restore balance. Certain glands of the endocrine system cooperate with one another, while others antagonize or balance glands. Most endocrine glands work in groups of 3.

A common example of this is the connection among the thyroid, adrenals, and gonads. When there is dyscrasia in the cellular structure of the gland or its ability to produce hormones, the cooperating organs take on extra work, maintaining homeostasis in the body. Because they are cooperating with each other, one gland can continue to become more dysfunctional, while the correlating glands will maintain function to some degree. Depending on the constitution and function of an individual’s general endocrine system, the duration of this imbalance could be brief or last for several years. Often, secondary glandular function is ignored when an endocrine disease like hypothyroidism or hyperthyroidism has developed. Whether endocrine dysfunction has been diagnosed or not, strengthening all 3 glands may not only stabilize the primary dysfunction but also reverse it.

Mammae was the second hormone to be discovered by Starling, while experimenting with uterus, ovary, and placenta tissue to determine what influenced the enlargement of the mammary gland for the preparation of lactation during pregnancy. Although there is controversy about whether mammary hormone exists, it has been demonstrated that mammary glandular substance antagonizes or neutralizes function of the ovary and acts directly on uterine circulation and nutrition. Clinically, mammary glandular products have been used to control excessive flow in menstruating women and in menopausal menorrhagia.

A fifty-year-old woman was seen at the clinic with a history of normal menstrual cycles except for excessive flow. She also had a history of simple cysts, which usually resolved by themselves. She had no history of abnormal Papanicolaou smears or other reproductive concerns. Currently, she reported left-sided ovarian pain and irregular bleeding for the past 6 weeks. She also complained of extreme fatigue, sleeplessness, and intermittent lower back pain.

The patient was simultaneously treated with a sublingual adrenal cortex, a mammary glandular substance, and Pure Pituitary (Professional Complementary Health Formulas, Lake Oswego, Oregon). Previous to this therapy, she had been given lipotrophic agents and glutathione to assist with the conjugation of hormones in phase I and phase II of the liver.

Because the corpus luteum is antagonistic to the mammary glands, any ovarian dysfunction can create epithelial hyperplasia and a marked distension of the ducts and acini of the breasts, causing pain and tenderness. Any effect on the mammary glands will also influence the corresponding cooperating organs, such as the pituitary and adrenals.

Three weeks after the patient herein began treatment with protomorphogen therapy, the bleeding subsided. Approximately 5 weeks later, the she had another cycle in which there was a release of endometrial tissue and heavy bleeding. Follow-up ultrasonography was performed 3 months later, demonstrating that the endometrial stripe was 6 to 7 mm thick, with no endometrial polyps or other myometrial abnormalities. The simple cyst on the right ovary was gone, and both ovaries were reduced in size.

As follow-up treatment, the patient has used pituitary and adrenal formulations intermittently to maintain her energy. She has had no more menstrual cycles for a year and rarely experiences hot flashes.

Used in organotherapy, a protomorphogen is defined as a stable but complex group of molecules linked together by the chemical affinities of mineral material, which (because of its physical and chemical structure) determines the exact plan or pattern by which the component parts of a specific protein are combined. Protomorphogens exert a profound influence on the mitotic activity and general vitality of every living cell. They can be used in the treatment of endocrine and exocrine imbalances and endocrine system diseases, as well as for immune system enhancement in chronic illness and as a substitution for synthetic hormone use.

Henry Harrower wrote in his book Practical Endocrinology that homostimulation is the single most valuable prospect in organotherapy. Extracts of an organ exert an exciting influence on the same organ, restoring its function when injured and enhancing its action when the organ is insufficient.

Cheryl Deroin, NMD has been in practice for 16 years. She specializes in chronic illness, and endocrine dysfunction. She is currently practicing in Scottsdale, Arizona. 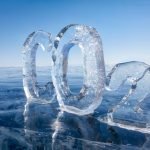 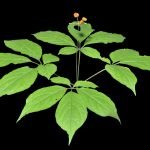