Modern couples are attempting to procreate in a world of toxins and dietary and lifestyle habits that produce an overabundance of reactive oxygen species (ROS); antioxidant defenses are burdened as a result. Toxins (eg, bisphenol-A and pesticides in food), aging, psychological stress, obesity, poor nutrition, reduced physical activity, high intake of caffeine, high scrotal temperature, and mobile telephone use all cause an uncontrolled release of ROS, and all have been implicated in the etiology of infertility.1-3 With increased exposure to all of these factors, it is therefore not surprising that, globally, 15% of modern couples (48.5 million) are infertile.4

A couple is considered infertile if they are unable to conceive after at least a year of regular, unprotected intercourse. Male infertility is thought to be responsible for 50% of overall cases.4 Although the cause of some cases of male infertility has been identified, such as varicocele, cryptorchidism, and hypogonadism, many cases of infertility remain idiopathic. In more than 25% of cases, no explanation can be found for an abnormal semen analysis.5

Molecular-level research directed at identifying the causes of idiopathic male infertility has deemed oxidative stress to be an important contributor.6 ROS have been found to be higher in subfertile men,5 and are elevated in up to 40% of infertile men.7 These high levels were not observed in fertile men.7 Balanced levels of ROS are required for some sperm functions, including fertilization of the egg.8 However, uncontrolled generation of ROS harms sperm function,9 leading to DNA damage,10 impaired motility,11 and defective membrane integrity.12 Spermatozoa are especially vulnerable to oxidative damage on account of the presence of large quantities of plasma membrane polyunsaturated fatty acids.5 Modern males are subjected to an onslaught of oxidative stress, which may be a primary reason why sperm counts in men have progressively declined since the 1930s.13 Specifically, in the 1930s, only 15% of men had a sperm count <40 million/mL, whereas by the 1990s to 2000, that percentage increased to 40%.13 Average sperm count normally ranges from 45 to 65 million/mL.14 However, a series of European studies of men between 18 and 25 years old from 7 countries found that, depending on the country, approximately 20% of young men had a sperm count <20 million/mL and approximately 40% had a sperm count <40 million/mL. This latter level is thought to be the threshold below which fertility diminishes.14

A collection of other research over the years has added to the body of evidence that antioxidant supplementation can improve sperm health. Abad and associates found that a combination of L-carnitine, CoQ10, zinc, selenium, and vitamins E, B9, and B12, administered for 3 months to 20 infertile patients diagnosed with asthenoteratozoospermia (reduced sperm motility), led to significantly improved DNA integrity.17 Furthermore, the proportion of highly DNA degraded sperm was lower after the antioxidant supplementation.17 Semen analysis revealed a pronounced increase in sperm concentration, motility, vitality, and morphology.17 One review of the medical literature showed 20 out of 32 studies observing significantly improved sperm motility after antioxidant use.5 Other studies have demonstrated that CoQ10 alone,18 N-acetylcysteine with selenium,19 or selenium with vitamin E20 significantly improved various sperm parameters, including morphology, motility, and density. Some of these nutrients, such as CoQ10, have also been found to improve pregnancy rate.21

In a 3-month study, L-carnitine plus acetyl-L-carnitine were administered twice daily, along with the anti-inflammatory drug cinnoxicam every 4 days, to 33 infertile men.22 The men and their partners were using intracytoplasmic sperm injection (ICSI) as a fertility treatment due to severe idiopathic oligoasthenoteratospermia. Of the 33 men, 22 had a reduced frequency of aneuploid sperm (spermatozoa with chromosomal abnormalities) and improved sperm morphology after supplementation combined with the drug. Use of L-carnitine, acetyl-L-carnitine, and cinnoxicam was also significantly associated with increased numbers of biochemical pregnancies, clinical pregnancies, and live births.22

The beneficial effects of antioxidants are due to their ability to directly scavenge ROS. For example, vitamin C, the principal antioxidant in seminal plasma, inhibits the formation of ROS from a number of sources and also helps recycle oxidized vitamin E.3 In sperm plasma membranes, vitamin E is also known to directly neutralize ROS.3

An abundant amount of research ties an overproduction of ROS to male infertility. Resolving the oxidative stress that ensues after ROS overproduction through the use of antioxidant supplements can improve many aspects of sperm health, including motility and morphology, and may even increase the rate of pregnancy and live births. In couples ultimately able to conceive, reducing oxidative stress can also improve cellular integrity of the next generation from conception onwards into childhood and beyond. 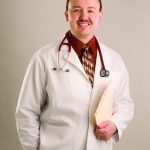 Chris D. Meletis, ND, is an educator, international author, and lecturer. He has authored over a dozen books and more than 200 national scientific articles in prominent journals and magazines. Dr Meletis served as Dean of Naturopathic Medicine and CMO for 7 years at National University of Natural Medicine (NUNM). He was recently awarded the NUNM Hall of Fame award by OANP, as well as the 2003 Physician of the Year by the AANP. Dr Meletis spearheaded the creation of 16 free natural medicine healthcare clinics in Portland OR. Dr Meletis serves as an educational consultant for Fairhaven Health. His personal mission is “Changing World’s Health One Person at a Time.” 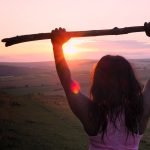 Estrogen Dominance: When an Unhealthy Gut Estrobolome is to BlameEndocrinology, Fertility 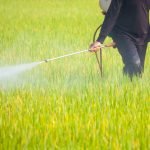