Each year in the fall, changes in daylight and temperature cumulatively signal the trees inducing them to become dormant for the winter months. Leaf apoptosis, or the falling of the leaves, signals the growth cycle of the tree has come to an end for the season and that the tree has entered into its dormancy, or resting stage, for the winter. Here it remains until increasing temperatures and longer daylight trigger the cycle to begin again in the spring. Let us extend this metaphor of a healthy tree in a year of seasonal change to the body’s cellular repair.

When he presented as a patient, we discussed and agreed upon a goal. Our goal was to slow tumor growth and prevent weight loss so that he could return to surgery or chemotherapy if he chose to, while maintaining his quality of life for as long as possible. The following treatments were utilized:

CT scan results after 12 weeks of treatment indicated that his gastric cancer had not increased in size and we decided to continue treatment. Treatment continued for an additional 12 weeks until the next CT scan. This CT detected growth at the primary tumor site. Treatment continued with changes in dietary quality and a focus on maintaining his weight.

In June 2009 the patient entered the hospital for pain in his abdomen, which turned out to be a blockage and eventually a J-tube was installed. The hospital staff forbid food by mouth until the blockage was repaired. Out of his profound belief that sugar is harmful and encourages cancer growth, he refused the IV parenteral nutrition offered. He lost 30 lbs while in the hospital because he lived on ice chips for the 12 days there. He was indeed stubborn in this belief.

He returned home after the J-tube was installed, and upon his direction and informed choice, we resumed treatment. He began taking in food again daily via mouth and his J-tube and we increased the frequency of the IV-C treatments and added a Meyer’s IV on alternate days.

He returned to the hospital again for a shorter stay in July after experiencing lower abdominal pain, which was diagnosed on CT as an ascending colon apple-core metastatic lesion. A drain tube was installed for ascitic fluid elimination that ranged from 0-400 ml per 24 hours.

Following his return home, he and I engaged in yet another very honest and respectful discussion regarding his beliefs about healing from this cancer and about discontinuing his treatment with me. I did not believe we were stopping or slowing the cancer growth as much as we had hoped we would. He expressed that he did not want to stop treatment and felt that his quality of life had been positively affected over the last 8 months. He asked that I continue treatment. I agreed to help as long as I could, even if I had stopped IV treatment and it meant me sitting at his bedside and being present.

His health steadily declined throughout late August and September. In the first week of October all treatments from both his MD and me were discontinued; he received morphine only. He was severely cachexic and responded only occasionally to questioning, but was aware of the presence of others. He started morphine at 3 mg q 5 h. The morphine dose was increased over 3 weeks up to 10 mg q 4 h in his last week of life. His heart stopped; he passed away very peacefully on Saturday, October 3 with his wife by his side.

Since the start of his naturopathic treatment, this patient was confident that he would be healed by God even if it was during his last breath. He knew and insisted that he would survive this and refused to admit that he was in denial. I questioned his understanding of his condition and his prognosis several times both in my office and when I went to his home for visits. Seven days after we stopped all treatments aside from morphine, he was still convinced God would heal him.

I witnessed the overwhelming cellular destruction over the 9 extra months he lived actively with cancer, which eliminated his body’s ability to continue on its own; he required tubes and external assistance for feeding and draining 24 h/d. Yet his mind remained confident in the face of death. I am at a loss to reconcile this discrepancy between the mind and the body.

There is an ethical dilemma that all healthcare personnel face for their patients in end-of-life care. We (the MD, myself, the church congregation, the homecare nurses, friends and family) all have divergent ideas on when to stop care, even if that person does not. It is the ultimate choice of the patient to continue to live or die. Everyone he knew was prepared for him to die in December 2008 as the oncologist suggested. All were mildly surprised, and unable to understand how he was still alive in August 2009 and renovating his house to boot. This patient’s prolonged survival time challenged everyone’s ideas about living with cancer.

There are quality of life assessments that have been developed that can be performed and used to objectively deduce when the care should stop. Are these assessments relevant if the patient disagrees with their results? What if the power of the patient’s mind is strong enough that belief may change prognosis – should we encourage the patient’s belief or should we challenge it calling it denial, or an unrealistic understanding of one’s prognosis? What if living and dying are the necessary elements of healing for this person?

It is not an easy task of helping people who have cancer make the best informed decision possible when faced with worsening conditions, especially in late stages. It was only in the last 2 months of this patient’s life that he started to decline in his physical health. The care and treatment decisions range from simple to complex, which, in the case of this patient, were mostly or all based upon his faith in God to heal. He obviously did not want to die, but he was unwilling to grasp that the cachexia and continued disease progression would eventually win over. Perhaps his definition of survival is different.

Does healing occur in one’s last breath? This man knew that dying was a part of his life and his enormous mental strength came from such acceptance. I suspect that he understood that his healing moment and his dying moment were one. There may be evidence beyond that of our evaluative or analytic methods that demonstrate the spirit being healed. I suggest that healing does not always occur on a physical level and in terminal disease physical healing may be inappropriate to focus upon solely.

Returning to the falling leaves and the wisdom of dormancy, I do not question the path nature takes in preparation for apoptosis. However, if our body tissues do not trigger their cells into dormancy and apoptosis, there is a problem; they are likely to develop cancer. Is the belief that our body will survive a late stage cancer, as in the case of this patient, like seeing a tree that fails to drop its leaves and fails to go into a dormancy phase? Is this tree, being ‘stuck’ between living and dormancy, using up vital resources and causing its own demise at the same time? Where was my patient in this process? Was he stuck between living and dying, or did he know when his moment would exactly occur?

How can we measure and calculate for the power of psychological strength, the will to live or the will to die when physical examinations and objective lab markers tell only of tumor growth or shrinkage, and functioning organs or organ failure? It is a rhetorical question, but how can we be sure that as naturopathic physicians we have helped our patients heal spiritually as they physically expire and die? There are no lab measures for this thus far; there is the faith held in spiritual healing and going to a better place after, to name one example of healing. Unlike the explanation that the tree that keeps its leaves the longest contains the most abscisin, there is no easy explanation of how a mind contained within a dying body can be oriented in such a polar opposite fashion; one element in living while the other element in dying. This person died from cancer while his mind believed in the healing that had yet to happen. As naturopathic doctors we have seen patients give up the will to live, and pass on quickly. In this case, however, the body of my patient passed before he gave up the will to live. I am sure that if the pain did not require him to be on morphine, I would have had more meaningful conversations with him and shed some light on his perspective. 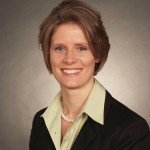 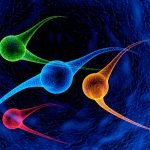