Anemia of chronic disease (ACD), also known as anemia of inflammation, is typically characterized by a microcytic or normocytic, normochromic anemia with low reticulocytes, along with possible mildly low hematocrit, hemoglobin, and iron levels, but high ferritin.1 ACD affects millions of North Americans with few clinical options, in many cases requiring parenteral iron infusion, which in turn can cause even more inflammation. The clinical phenomenon of ACD results from chronic inflammation brought on by chronic infection, chronic inflammation (eg, Crohn’s disease, autoimmune disease), severe trauma, cancer, kidney failure including those on renal dialysis, and aging.2,3 Considering the etiopathogenic mechanisms of ACD, this article will present its prevalence, pathophysiology, lab findings, and treatment with certain complementary therapies, including the stilbene, resveratrol; the curcuminoid, curcumin; and the organosulphur compound known as thioctic or alpha-lipoic acid.

ACD is the second most prevalent cause of anemia in the general population (iron deficiency is the first2,3), and is the most common cause of anemia in critically ill hospitalized patients.2 ACD increases with age, as was reflected in a 2012 United States National Health and Nutrition Examination Survey (NHANES III), which reported that ACD affected up to 11% of non-institutionalized elderly men and 10.2% of non-institutionalized women.4 ACD is associated with increased disability,4 decreased activities of daily living,4 increased left ventricular hypertrophy,5-7 decreased executive function in women,4 depression,4increased fracture rate in older women,8 increased hospital visits,4 decreased motor performance,3 and increased overall morbidity and mortality.4 Thus, one can see that ACD is not a benign clinical entity, particularly in the elderly or those highly prone to it, eg, patients on hemodialysis, patients with cancer, and those with an active autoimmune or inflammatory disorders.

Hepcidin is the body’s main iron-regulatory molecule.9,10 It is synthesized in the liver in response to elevated levels of IL-1β and IL-6.2,9,10 Hepcidin inhibits iron absorption at the brush border of the duodenum by blocking the ferroportin channels.4,5,10 Hepcidin also causes macrophages to sequester iron from hemoglobin and prevents the recycling of hemoglobin from the RBC.4,5,10 Both processes result in an inadequate iron pool for normal hemoglobin levels.

Generally, ACD is brought about by decreased RBC production, increased RBC destruction, and low iron availability. This culminates in a normocytic (possibly microcytic), normochromic (possible hypochromic) anemia within the context of inflammation that occurs in a specific clinical condition or combination of circumstances, eg, chronic kidney disease (CKD) with hemodialysis, or cancer with a chronic upper respiratory infection.2

The best treatment for ACD is to eradicate the underlying disease. When this is not a clinical option, blood transfusions, intravenous iron supplementation, and rHuEPO may help ameliorate the condition. Newer approaches that target TNFα activity and the hepcidin-ferroportin axis have been investigated in a murine model, eg, an anti-TNF antibody.10 The monoclonal TNFα antibody, infliximab, has also been found to reduce anemia in those with inflammatory bowel disease.10,19

Although these newer interventions that target TNFα (eg, infliximab) have potential for wide-ranging clinical utility in ACD/inflammation, they can be very costly. Transfusions and parenteral iron can cause elevated organ iron levels as well as extreme oxidative stress, which in turn can promote possible end-organ damage (eg, heart, kidney, brain, and liver) from the accumulation of iron stores.20-22

Contemporary understanding of the pathophysiology would suggest that clinical applications should target the underlying condition. However, amelioration may not be possible under certain conditions (eg, cancer, hemodialysis, aging), in which case the down-regulation of ROS and the inflammatory cytokines (IL-6, IL-1β, INF, TNF) with appropriate herbals or nutraceuticals is a clinically rational and prudent choice. In the author’s experience, a combination of resveratrol, curcumin, and alpha-lipoic acid can result in very clear and measurable outcomes, as evidenced by changes in the patient’s hematological parameters. Low dosages are typically prescribed, and titrated as required. For example, in hemodialysis patients, dosages should be relatively low, since clearance is low, and only given on dialysis days. A typical prescription includes: 40 mg resveratrol, 500 mg curcumin (95% standardized curcuminoids), and 150 mg alpha-lipoic acid, administered 1 hour before the dialysis procedure. Of course, any foci of inflammation should also be assessed and treated (eg, gums, teeth, gut).

Resveratrol, curcumin, and lipoic acid have been shown in experimental studies to lower ROS and/or inflammatory cytokines IL-1β, IL-6, TNF, and ROS (Figure 1).23-45 Decreasing IL-6 has been shown to reduce hepcidin production.2,26 The lowering of hepcidin by curcumin was reported by Laine et al in a 2017 placebo-controlled, randomized, double-blind, crossover study reported in the Journal of Fundamentals of Clinical Pharmacology.26 The authors concluded that the findings support the use of curcumin for the treatment of anemia of inflammation. Although large human trials investigating the clinical utility of such an application for ACD have not been completed, the author’s experience in treating patients, especially those on hemodialysis, has consistently produced positive clinical outcomes. An interesting adjunctive observation in using this therapy has been a decrease in the required dosage of rHuEPO. A lower rHuEPO dosage is advantageous in that this reduces certain biochemical burdens in the patient as well as the economic burden of such an expensive therapy. Importantly, both lipoic acid and curcumin in high doses (eg, >3 g/day) can chelate iron in the gut, resulting in less iron absorption; in fact, if given for up to 12 weeks with food, curcumin may induce iron deficiency.44 Thus, it is recommended that they be used in small dosages and away from meals. Also, long-term use of lipoic acid in hemodialysis patients has in some cases produced elevated parathyroid hormone, and should therefore not be used continuously, or should be discontinued if parathyroid levels rise. Testing for inflammatory markers will help guide the temporal path of therapy.

Although other possible alternatives and/or complementary applications exist (eg, ashwagandha, ginger, ginkgo, fermented papaya, milk thistle, N-acetylcysteine, or IV vitamin C for hemodialysis patients46,47), the author has consistently used the titled combination in clinical practice for ACD. Typically, hematological changes can be seen as soon as 14-21 days into therapy. In hemodialysis patients for example, who tend to have extracorporeal mediated immune activation, it may take longer to see changes, especially if parenteral iron is continued (although this will increase hemoglobin, it also exacerbates inflammation, and thus an acute rise in ferritin and CRP may follow).

Combining the 3 substances (resveratrol, curcumin, lipoic acid) may have a synergistic effect by enhancing their absorption, thus allowing lower doses of each. Hematological follow-up studies should reveal drops in ferritin (since it is an acute-phase reactant), CRP, IL-6, oxidative stress markers, and increases in hemoglobin and hematocrit. Improvements in hemoglobin and hematocrit will support a better quality of life as a result of increased cognition, endurance, mood, and overall activities of daily living.

Note:  Hemodialysis patients are managed with a specific hemoglobin target level (11-12 g/dL, or 110-120 g/L) in order to decrease the risk of fistula thrombosis. Higher is not necessarily better; studies favor lower hemoglobin in this patient population.51

Anemia of chronic disease/inflammation is a prevalent clinical entity throughout the North American population, resulting in significant morbidity and mortality. Medical treatment is limited, is expensive, and can lead to unwanted side effects, eg, iron accumulation from intravenous iron. Contemporary treatment relies on parenteral iron infusions, blood transfusion, and rHuEPO, which may alleviate the anemia; however, this approach increases the possibility of instigating further biological perturbations as well as being a heavy economic burden [note that in Canada we do not pay for health care, and thus I just mentioned a heavy economic burden, referring to government and insurance economic burden]. The therapeutic integration and application of alpha-lipoic acid, curcumin, and resveratrol have been shown in certain clinical settings to ameliorate inflammation, and thus anemia associated with chronic inflammation. Although human clinical trials are required to fully assess this application, the use of these substances may open new vistas for their clinical utility in anemia of chronic disease, particularly in the geriatric and hemodialysis population.

Quinn Rivet, ND, graduated from CCNM in 1994. From 2001 to 2012 he was an instructor, clinical supervisor, and the chair of nutrition (2004-2010) at BINM. Dr Rivet was in clinical practice for 23 years. He has relocated to China, were he is the principle director of a high school program. This serves to subsidize his research, writing, and exploration of TCM, as well as the investigation of possible environmental triggers related to the high prevalence of IgA nephropathy in China. Dr Rivet can be contacted through his web site: drquinn-nd.com. 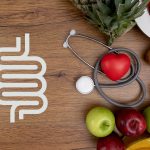 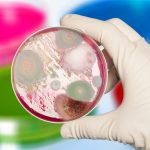