There are few (if any) urgent care or emergency medicine physicians in this country that are trained to approach an acutely ill patient with the guiding philosophy of Tolle causam, ie, treat the whole person. And yet, if you ask a naturopathic physician to assess a sick patient (acute or chronic), he or she will likely hone right in on that patient’s digestive health, dietary habits, and bowel movements. Hippocrates famously stated, “All disease begins in the gut” – an observation as true today as it was 2500 years ago. Gut health is often the root cause, even when the presenting condition appears to be completely unrelated to the digestive system; rashes, headaches, joint pain, and sinus congestion are just a few examples of concerns that tend to have everything to do with the health of a patient’s gut. What’s worse, the majority of patients that visit an urgent care clinic or emergency room with symptoms like sinusitis, cystitis, acute arthritis, or mouth sores are too often unnecessarily prescribed antibiotics, pain medications, and/or steroids – setting the stage for even more disrupted gut health and worsening or recurring symptoms in the future.

About half of the patients we see at Holistic Urgent Care already have some familiarity with naturopathic medicine; a few already have a naturopathic doctor as their primary care physician, while others have seen an ND sometime in the past. Most of these familiar patients are thrilled to find a clinic with naturopathic physicians that is open 7 days a week and allows same-day scheduling and/or walk-ins. Many of these naturopathically-minded patients would otherwise choose to avoid seeking medical attention if they couldn’t get in to see their naturopathic doctor, because they know that a “regular” doctor is likely to prescribe them a medication they might not actually need. The other half of our patient population is brand new to naturopathic medicine, having stumbled upon our practice on an internet search or social media feed. These rookie patients are usually a bit surprised when they show up with a flare of psoriasis (for example), meet with the doctor, then leave with a detailed list of foods to avoid, probiotics to take, and replenishing nutrients – instead of a few fistfuls of corticosteroids.

This article is the first installment in a monthly NDNR column devoted to educating and informing my naturopathic colleagues in the diagnosis and treatment of common and interesting urgent care conditions. I will do this by sharing case studies and clinical pearls from my practice.

As the focus of this month’s issue is gastrointestinal (GI) health, there were many possible topics to cover that are relevant to an urgent care population. Many of the GI complaints we see in our urgent care practice are fairly straightforward to diagnose and treat, such as acute gastroenteritis, food-borne illness, nausea and vomiting, intractable constipation, persistent diarrhea, unrelenting acid reflux, pain/bloating/cramping/IBS, gallbladder attacks, and acute pancreatitis. However, the GI condition we most commonly see and/or diagnose in our practice is, without a doubt, Crohn’s disease.

The rising incidence of Crohn’s is really no surprise considering the recent exponential increases in exposure to agricultural pesticides, GMO crops, ultra-processed “foods,” regular alcohol consumption, excessive use of antibiotics, and chronic stress. And yet, even though more and more people are affected, obtaining an accurate diagnosis of Crohn’s can be a confusing process for both doctors and patients because it often looks completely different from one person to another. The reason for so much variance is that symptoms of Crohn’s disease typically extend far beyond those locally associated with intestinal inflammation (ie, abdominal pain, gas and bloating, diarrhea, low-grade fever). Common extraintestinal manifestations of Crohn’s include: anemia (9-74% of patients); inflammatory joint pain (10-35%); venous thromboemboli (10-30%); anterior uveitis (17%); cholelithiasis (13-34%); nephrolithiaisis (8-19%); and aphthous stomatitis (4-20%).1 With such a broad array of possible clinical presentations, as well as the fact that many Crohn’s patients don’t have any digestive symptoms at all, it is not surprising that the diagnosis of Crohn’s disease is often missed.

Crohn’s is a subtype of colitis – also known as inflammatory bowel disease (IBD). What morphologically distinguishes Crohn’s from other forms of IBD is the pattern of inflammation, which in Crohn’s tends to occur in patches – often called skip lesions; the pattern of ulcers may appear “cobblestoned” on imaging. In contrast, the inflammation in ulcerative colitis (UC) tends to be more continuous. I often describe Crohn’s patches to patients as being “like eczema on the inside.” The clinical presentation of Crohn’s often depends on the size, depth, and severity of those inflamed patches. Crohn’s can also occur anywhere along the GI tract between mouth and anus, whereas UC is often limited to 1 region of the large bowel.2

Roughly 70% of patients diagnosed with Crohn’s are between 15 and 35 years old.3,4 It is much more common in white patients and twice as likely to occur in females.4 Conventional medicine acknowledges cigarette smoking, recent viral infection (viral gastroenteritis has been linked to Crohn’s onset), and high-fat diets as potential triggers for Crohn’s.4 Naturopathic physicians would not be surprised to learn that diet, stress, sleep deprivation, and lack of exercise have also been implicated in the development and progression of Crohn’s. A patient with a first-degree family member (parent or sibling) with Crohn’s is 30 times more likely to develop the disease4 – a point often discussed with our patients upon diagnosis, ie, that their family members ought to be considered. This finding of a strong familial pattern may be more associated with the fact that first-degree family members are more likely to share their gut microbes (knowingly or unknowingly!), dietary choices, and lifestyle habits than to share a genetic trait.

There are many tests, tools, and imaging techniques that can be used to diagnose Crohn’s. The standard Crohn’s diagnostic algorithm begins with a fecal calprotectin test as well as an ileocolonoscopy with biopsy.1 If both tests are negative, then a CT scan of the abdomen is often recommended next – although you should carefully weigh this option, since 1 CT scan of the abdomen emits as much radiation (10 mSv) as 1000 chest X-rays (0.01 mSv each).5 If abdominal imaging is indicated, it is always worth consulting with an experienced radiologist to determine if MRI or ultrasound might be useful, in which case exposure to ionizing radiation could be avoided. Other emerging options include capsule endoscopy and a small-bowel follow-through, where X-rays are taken after a barium swallow. Some useful diagnostic markers on serology include IgA and IgG antibodies to Saccharomyces cerevisiae, secretory IgA and IgA subclasses, alkaline phosphatase isoenzymes, and common inflammatory markers such as high-sensitivity C-reactive protein (hs-CRP) and erythrocyte sedimentation rate (ESR).

In the event of acute Crohn’s flares, assuming symptoms and/or clinical findings warrant it, emergent imaging (enterographic CT scan) is sometimes necessary to rule out strictures or the need for surgery.

Patients diagnosed with Crohn’s who choose to pursue the conventional medicine route (consisting entirely of prescription drug therapies) spend an average of $18 637.00 per year4; the majority of that expense is on medications, but also includes doctor visits and diagnostic testing. In 2018, $1.28 billion was spent in the United States, alone, on the diagnosis and treatment of Crohn’s and UC.4 A lot of that money could have been saved if Crohn’s patients were only taught to follow a diet that is low in FODMAPs (ie, easily fermentable carbohydrates). A study published in 2011 revealed an 85% improvement in symptoms of abdominal pain, gas, bloating, and overall symptoms just by adhering to a low-FODMAP diet.6 When this dietary approach is combined with stress reduction, sufficient sleep, and regular exercise, the risk of recurrence or flare of Crohn’s symptoms is reduced almost entirely.7 Clinical research has also been published that demonstrates the ability of omega-3 supplementation, a gluten-free diet, a casein-free diet, and avoidance of legumes to alleviate Crohn’s flares and prevent recurrence.8

Even though limiting FODMAPs is an effective therapy, anyone who has ever prescribed or attempted a low-FODMAP diet will tell you that this diet is not easy to follow, nor is it desirable to adhere to indefinitely. This is also where the wisdom of naturopathic medicine comes in. If patients would rather not be limited to a low-FODMAP diet forever in order to feel good, then it becomes especially vital to restore and rebuild the intestinal microbial diversity. The proper balance and population of gut microbes is what is needed to properly digest high-FODMAP carbohydrates in the first place.

Toward this end, I have found several tools to be particularly indispensable in my practice for effective treatment and management of patients with IBD. A probiotic containing Saccharomyces boulardii9 and spore-form species of Bacillus10 is imperative. Undecylenic acid – a fat extracted from coconut oil – is also important to consider, since it inhibits the growth of pathogenic yeast and acts as a prebiotic to fuel the growth of preferred microbial species.11 Supplementation with butyric acid (a short-chain fatty acid) can be very helpful in minimizing acute symptoms12; it also positively impacts the gut-brain axis13 (eg, helps the brain fog, anxiety, and depression that often accompany Crohn’s flares). Helpful botanical medicines include slippery elm, aloe vera, and marshmallow root. Digestive enzymes with betaine HCl are often indicated and helpful – taken with food to improve the digestion and assimilation of food, as well as between meals to bust through probable biofilms of pathogenic microbes in the epithelial lining. Binding agents, such as activated charcoal and bentonite clay, are useful for managing symptom flares and alleviating adverse food reactions. Replenishing depleted nutrients is necessary in order to restore the patient’s health; thus, micronutrient testing along with a customized protocol to address deficiencies should ideally be included. Intravenous vitamin therapies can often be very helpful in accelerating this outcome and helping the patient to feel better faster.

Perhaps most important of all is letting your Crohn’s patients know that there is hope. They do not have to live with this condition forever or live in constant fear of a relapse. They can recover their health and their vitality. And if any of your Crohn’s patients have symptom flares, make sure you prepare them with some strategies ahead of time so that they don’t end up on the conventional steroid/antibiotic merry-go-round. 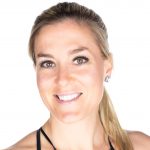 Rebecca Miller, NMD, is a naturopathic physician and SCNM alumna, and has been in clinical practice for 10 years. In May of 2017, Dr Miller founded Holistic Urgent Care in Scottsdale, AZ. Naturopathic medicine has much to offer in the effective treatment of acute infections, illness, and injury. And, yet, most naturopathic practices lack the space, the availability, the staff, or the equipment to accommodate urgent care patients. Holistic Urgent Care exists to make the best of naturopathic medicine available and accessible to patients at the time when they need it the most. 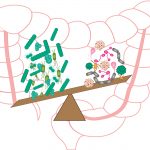 A Complex Case of Recurrent SIBO: Involvement of an Underlying Cryptic InfectionGastrointestinal, Toxicology 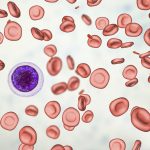