Diverticular disease is the fifth most important gastrointestinal condition in Western countries.1

Diverticulosis is a condition featuring small herniated pouches, generally around 5-10 mm, in the colonic mucosal layer. They can occur deep within the mucosa and submucosal tissue where blood vessels lie. Diverticulosis usually occurs in the sigmoid colon, but diverticula can develop anywhere in the large intestine.

Diverticulosis occurs in around 5% of people under 40 years of age, but this number climbs to 65% by age 85.1 However common diverticulosis may be, 80-85% of diverticulosis cases remain asymptomatic; only 5% of patients tend to develop diverticulitis (inflammation of diverticula), and around 10-15% of these patients will suffer complications requiring surgical intervention.1

There are several etiological factors related to the development of diverticular disease (DD):

DD is seen less in vegetarians, and more in those who eat a low-fiber diet and higher meat/fat diet. It is seen more in those who struggle with chronic constipation, and in patients with Ehlers-Danlos syndrome or Marfan syndrome. Breaking from a long-held mistaken dietary view, nuts and seeds do not cause DD and do not need to be avoided by those who have had an episode of diverticulitis.2

Diverticulitis is inflammation of 1 or more diverticula. Diverticulitis may result from fecal matter or undigested food particles becoming stuck in the diverticula, causing swelling, vascular compromise, and possible perforation. It may also be caused by intraluminal pressure or thickened food particles that cause erosion of the diverticular wall, leading to inflammation, focal necrosis, and possible perforation.

Diverticulitis (DS) is more prevalent in Western countries, particularly in individuals over 60 years old; obese individuals are also at higher risk. A younger patient (less than 45 years old) who develops DS is more likely to have complications and require surgery.1

In Caucasians, left diverticulitis with fistulation is most common. Asians experience more right-sided DS, and a greater tendency to bleed.1

There are several categories of diverticular disease:

Diverticulitis can become recurrent, either as a low-grade manifestation or as actual repetitive and overt clinical appearances. After the first occurrence of acute DS, managed without surgery, the 5-year recurrence rate is 20-50%. Of those that do recur, 25% will develop complications, 1-2% will require hospitalization, and 0.5% will require surgery.1

Seventy percent of patients with acute diverticulitis will present with left lower-quadrant (LLQ) pain.1 If the patient is Asian or actually has appendicitis, it may be RLQ pain. The pain is generally worse from eating and may be better with defecation or flatulence. There may be nausea and vomiting, though in my experience this is not common. DS patients can have constipation or diarrhea, and the pain often spreads out over the entire transverse area of the colon.

As with many gastrointestinal conditions, the “red flag” is fever. If a patient presents with fever, a referral to the ER is required, as a colonic perforation has likely occurred. If no fever, a naturopathic physician can feel safe and responsible treating a DS patient.

In the office visit, conduct a thorough intake, take vitals, and do a physical exam. A CBC (perhaps STAT) is indicated; it’s also good to check liver enzymes, and pancreatic amylase and lipase. You should do an in-office pregnancy check in female patients (if sensible), and a urinalysis. During the physical exam, do a good in-depth abdominal exam; complications requiring referral to the ER may present as abdominal distention, decreased/absent bowel sounds, rebound pain and guarding, or abdominal mass.

The main imaging lab for diagnosis is a CT scan. A double-contrast barium enema is also a useful tool, but is used less frequently than CT scans. If this was a patient’s first DS episode, it is helpful after treatment to get a colonoscopy in order to ascertain the number and size of existing diverticular pouches.

Conventional care of uncomplicated DS consists of a clear liquid diet with antibiotics; however, antibiotics may also be selected on a case-by-case basis.1 Commonly used antibiotics include: ciprofloxacin with metronidazole; trimethoprim-sulfamethoxazole with metronidazole; moxifloxacin; or amoxicillin with clavulanic acid. Food can be reintroduced in 2-3 days as clinical improvement occurs. Mesalazine has been shown to improve symptoms and prevent recurrence of diverticulitis.3

Naturopathic medicine can be enormously effective in treating uncomplicated diverticulitis. Treating the acute condition is fairly easily done in most patients, and then long-term prevention can also be comprehensively established.

Naturopathic physicians do not have to use antibiotics to treat acute DS cases. At least 2 studies4,5 shows that antibiotic treatment can be avoided in simple, non-complicated diverticulitis and that outpatient management is safe.

Naturopathic medical testing for DS should include a 7-day diet diary, IgG Subsets 1-4 food sensitivity testing, salivary cortisol testing, and a comprehensive stool and digestive analysis (CSDA). Food sensitivities can promote inflammation in the gut lining, leading to recurrent DS. High or low cortisol can cause intestinal inflammation; high cortisol may be associated with gastrointestinal perforation,6 and promote inflammation in IBD,6 and low cortisol does not trigger the brain to reduce the overall body inflammatory response.7 A CSDA can reveal challenges to the microbiome, dysbiosis, and uncover any short-chain fatty acid deficiencies that compromise the health of colonic cells.

The most dangerous medication for DS patients is non-steroidal anti-inflammatory drugs (NSAIDs).8 These drugs are devastatingly damaging to the entire gastrointestinal tract. I easily found a key study stating that NSAIDs are associated with a higher risk of DD. NSAIDs are more strongly associated with causing complicated DS than uncomplicated DS.8 NSAIDs cause a greater occurrence of bleeding with DS. The use of aspirin for 4-6 days a week significantly increases the risk of DS; even daily low-dose aspirin will increase DS risk.8 NSAIDs have been found to cause intestinal permeability within 1 hour of ingestion and to cause inflammatory changes throughout the intestinal tract, although aspirin may be less problematic than other NSAIDs.9

Alcohol should also be avoided. Alcohol, in and of itself, can significantly increase the risk of diverticulosis.10 I have had an adult male patient, an oenophile, whose recurrent diverticulitis episodes (4-6 per year) ceased when he stopped drinking his beloved wine.

For an acute episode, have the patient rest at home and only drink water, tea or broths. Consider using a non-tincture, comprehensive antimicrobial product. Dose it aggressively – hourly for the first 1-2 days – and then reduce the dose to 5-6/day until the patient has entirely recovered. If such a product is not used, antimicrobials and immune stimulators include high-dose vitamin A drops, liposomal or regular vitamin C, vitamin D3 (in thousands of IUs per body weight), Echinacea/Hydrastis canadensis (goldenseal) capsules, and anti-inflammatory products such as Curcuma longa (curcumin), Boswellia, and bromelain. Do a homeopathic case; look closely at Bryonia, which comes up often in my practice.

Add in demulcents to sooth and help heal the tissues:

Recommend that the patient apply castor oil packs over the lower inflamed colonic tissue – 45 minutes in the morning and evening.

I’ve never had these therapies fail in acute and preventive diverticular disease.

A 62-year-old woman presented with acute LLQ pain. She had a past medical history of diverticulitis 2 years prior.

She experienced acute pain in response to touch or movement; however, all vitals were WNL, and she had no fever or other signs of complications. PE revealed abdominal pain in the LLQ and across the transverse colon. Blood was drawn for a CBC, which was shown the next day to be WNL.

The patient was sensitive to gluten but was eating it regularly. She was also eating a lot of refined sugar. She also had a stressful work schedule, seeing students 10 hours per day for 5 hours Monday through Friday, and for 5 hours on Saturday for piano lessons.

I told her to stop the piano lessons, not eat, drink only water, tea, and broths, and to rest.

Using the above protocol, she responded within a day, and by 4 days later the diverticulitis was gone. A cortisol test had shown elevated cortisol at 2 points during the day, so we discussed getting her back to swimming, which she loves and does well, working less, and doing some meditation.

It took her another year to commit to avoiding gluten and refined sugar, and she had some recurrent diverticulitis due to her problematic eating, but it was all controlled with naturopathic care.

A 67-year-old man presented with recurrent diverticulitis – 2-3 times per year for the last 2 years. It presented as LLQ pain. He had been on recurrent antibiotics. He also took ibuprofen or naproxen daily for osteoarthritis. I had him do a diet diary, and I ordered food sensitivity testing, a cortisol test, and a CSDA.

He was sensitive to dairy and ate a very pro-inflammatory diet, including high dairy intake, 1-2 glasses of alcohol a day, low vegetable intake, daily sugar in desserts, and rare omega-3 food intake. The stool analysis showed low beneficial bacteria, but was otherwise WNL. His cortisol was low at 1 point during the day. We discussed many significant dietary changes.

Around 2.5 months later, the patient had no more colonic or arthritic pain. He noticed that drinking alcohol while socializing would cause a small flare-up of pain, as did the NSAIDs when he took them.

After a few months, we reduced his supplements to a multiple vitamin/mineral; fish oils; slippery elm once a day; and the mixed formula to once a day. He has done well since. 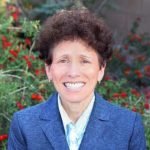 Mona Morstein, ND, DHANP, is considered an expert in both gastroenterology and hormonal conditions, especially diabetes. Dr Morstein taught gastroenterology for 11 years at a naturopathic medical school. She is a frequent lecturer on webinars and at conferences, including the first and second SIBO SOS™. She has numerous lectures archived at MedicineTalkPro.org. Her book, Master Your Diabetes: A Comprehensive, Integrative Approach for Both Type 1 and Type 2 Diabetes is a highly regarded publication for both the diabetic patient and medical practitioners. A senior vitalist in the Naturopathic Medicine Institute, she practices in Tempe, AZ, at Arizona Integrative Medical Solutions: www.drmorstein.com. 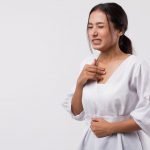 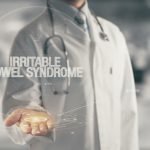