Colic is a common concern among parents with infants. The allopathic medical approach may include removing the child from the breast and replacing with infant formula. Because of the numerous health benefits of breast milk, this step should only be considered if the suggestions below do not resolve the problem.

Address the mother’s diet. Breast milk may contain enough allergenic potential to affect the child. One study showed that a low-allergen diet free of milk, eggs, wheat, nuts, additives, preservatives and artificial colors reduced symptoms by 39% (Hill et al., 1995). Other foods to avoid include spicy and caffeinated foods, garlic, onions, tomatoes and cruciferous vegetables. Any foods that the mother suspects she is sensitive to should be avoided, and the mother should observe for any changes in the baby’s symptoms, which should become evident within a few days.

Address the infant’s diet. If the infant is taking formula, serious consideration should be given to the infant’s sensitivity to its ingredients. Cow’s milk allergy has been shown to be one causative factor in infantile colic (Heine et al., 2002). Switching from regular cow’s milk formula to a hydrolyzed formula may show some benefit (Swadling and Griffiths, 2003). Soy formula is another option, although soy can be as allergenic as dairy for some children.

If the infant is eating solid foods, then the possibility of food sensitivities should be addressed. Ideally, solid food should not be introduced until six months of age. All foods should be introduced one at a time, with a three-day trial period for each new food while the parents monitor for any symptoms. Common food allergy symptoms include diarrhea, constipation, bloating, fatigue, nasal congestion, headaches and eczema, among others. If solids already have been introduced, it may be necessary to feed the infant solely breast milk or formula for five days, then reintroduce the solid foods individually and test the child’s sensitivity to each.

Gripe water is a botanical or homeopathic formulation available at most health food stores. These formulations generally contain herbs such as Zingiber officinale, Foeniculum vulgare, Matricaria chamomilla, Nepeta cataria, Anethum graveolens, Melissa officinalis, Mentha piperita and Pimpinella anisum. It can be administered at 2.5ml to 10ml (depending on age) and repeated several times a day. Clinically it has shown to be an effective colic treatment with a high safety margin.

Other herbal remedies include catnip tincture and chamomile tea. To prepare the catnip tincture, add 40 drops to 1 ounce water. This can be sweetened with rice syrup and given by dropperful every 15 minutes. Chamomile tea may be made and given at a dose of 1 teaspoon throughout the day as needed (Bove, 1996).

Feeding position is important when addressing colic. Infants should be fed with their head above their stomach at a 45-degree angle. They should also be kept upright or at least at an angle of 30 degrees for a half hour after feeding to decrease reflux. In addition, over-feeding may worsen the symptoms of colic. In many instances, the mother may not be producing enough milk or there are other difficulties with feeding. In those cases, the child may over-eat at times because he or she is undernourished and never feels satisfied.

Massaging the infant’s abdomen may be helpful to move trapped gas. Start at the lower right quadrant and work clockwise around the abdomen.

Vomiting is most often the result of gastroenteritis. However, vomiting can also indicate a more serious condition, including Hirschsprung’s disease, necrotizing enterocolitis (NEC), pyloric stenosis, intestinal atresia/stenosis, meconium ileus, malrotation and midgut volvulus, intussusception, peptic ulcer disease and inborn errors of metabolism (Arguin and Swartz, 2004). Bilious vomiting may indicate a serious condition and warrants further evaluation. When treating any child for vomiting, it is extremely important to make sure he or she remains hydrated. An infant (birth to 24 months) should not have fewer than six wet diapers per day. To reduce the chance of children regurgitating fluid, give them small amounts at 10-15 minute intervals. An oral pediatric electrolyte replacement solution is also recommended.

Zingiber officinale has been shown in numerous studies to be an effective anti-emetic in pregnancy (Boone and Shields, 2005), and a few studies found it to be effective in a pediatric oncology population (Ladas et al., 2006; Quimby, 2007).

Dr. Mary Bove suggests using a mixture of Pimpinella anisum and Zingiber officinale to treat vomiting. The formula is two parts anise seed tincture to one part ginger root tincture. Five to ten drops of this can be added to a little bit of water and sipped every ten minutes (Bove, 1996). Ulmus fulva may also be used as a weak tea. It can be administered as 1tsp every 5-10 minutes (Bove, 1996). Until the vomiting has resolved, the diet of the child should be light and consist of easy-to-digest foods, such as clear soups and broths.

Adequate fluid intake is essential for proper elimination. If the mother is well hydrated, breast milk contains all the fluid a newborn will need. The amount of water in formula is also adequate for the first several months of life. Babies may begin drinking water from a bottle after six months of age. It is vitally important for children to stay well hydrated, especially in the summer months. Children older than three years can be told that their urine should be clear, and if it is yellow they need to drink more water.

Breastfeeding is the most important preventive step for avoiding constipation. A study conducted in Brazil in 2002 showed that breastfeeding protected against development of constipation during the first six months of life. Infants who were fed formula were 4.5 times more likely to develop constipation than those who were predominantly breastfed (Aguirre et al., 2002). In addition, changes in the mother’s diet, such as increased fiber consumption, may aid in alleviating constipation.

Elimination of any food allergy/sensitivity should be considered in all patients with constipation. Dairy sensitivity has been shown to be a key factor in many studies of children with constipation. In a study published in the New England Journal of Medicine in 1998, 44 of 68 children showed increased elimination frequency while receiving soy milk instead of cow’s milk. This response was confirmed with a double-blind challenge of cow’s milk. The children who responded to the treatment also had higher past history rates of rhinitis, dermatitis and bronchospasm than the non-responding children (Iacono et al., 1998). In another study, high serum levels of total IgE were found in 71% of children with chronic constipation who showed clinical improvement on a diet free of cow’s milk protein (Daher et al., 2001). In 2003, Andiran et al. found that children who were breastfed for a shorter period of time and therefore were bottle-fed cow’s milk earlier had an increased rate of constipation and anal fissures. A trial elimination of any foods that a child may be sensitive to is worth the time and effort. Adding high-fiber foods such as oats, beets, prunes and apricots may be effective. In addition to increasing fruits and vegetables in the diet, flax seed meal can be included. Grind ½-1tsp of fresh seeds in a coffee grinder. Mix with the child’s food two to three times each day.

Diarrhea, another common issue in the pediatric population, can lead to severe dehydration. The physician should be aware of the stages and severity of dehydration so as not to underestimate the child’s state of illness. Foods high in refined sugar should be avoided, and fruits such as pears, peaches and prunes can exacerbate diarrhea. If the diarrhea is chronic and not infectious, then food allergies should be considered. Removal of common allergenic foods such as wheat, dairy, eggs, soy and corn can show excellent results in this condition.

Unsweetened carob powder can be used to increase bulk. A reasonable dose is ½-1tsp of carob powder mixed with water or added to applesauce. Ulmus fulva powder may be added to soothe the intestinal tract at a dose of 1-6tsp per day.

Geranium (Cranesbill root), Rubus idaeus and Rubus fruticosus leaves are very astringent to the intestinal tract. They can be made into a tea and given as ¼cup every two to three hours for acute diarrhea.

Finally, multiple studies have shown that antibiotic-induced diarrhea may be effectively prevented and treated with the use of both Lactobacillus rhamnosus GG and Saccharomyces boulardii (Hawrelak et al., 2005; Surawicz, 2003; Cremonini et al., 2002).

Jessica Mitchell, ND graduated from SCNM in 2005. After medical school, Dr. Mitchell completed a year-long family practice residency at the Southwest Naturopathic Medical Center. Additional post-graduate training has included homeopathy and environmental medicine, as well as pediatrics. Dr. Mitchell was a clinical investigator with Dr. Matthew Baral on his study, “DMSA Treatment of Children with Autism and Heavy Metal Toxicity.” In May, Dr. Mitchell began a two-year fellowship in pediatrics at Southwest Naturopathic Medical Center.

Quimby EL: The use of herbal therapies in pediatric oncology patients: treating symptoms of cancer and side effects of standard therapies, J Pediatr Onco Nurs 24(1):35-40, 2007. 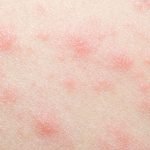 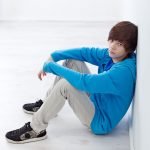