It appears that with the American Society’s advent of easy-access non-nutritive foods which satisfy the brain’s appetite and reward centers and then medications that make one forget the resultant health problems has weakened male vitality to the point of producing the unprecedented success of pharmaceutical PDE-inhibiting agents. If this is a predictive trend, the aging male’s productivity will continue to decline and will ultimately devastate the nation’s GDP and Social Security fund and will also perpetuate the US workforce’s reliance of young foreign immigrants. This creates a dire need for the naturopathic physician, who is well educated to help reverse the current situation and provide an increase in not only life-span and health-span, but to increase the productivity-span of their aging male patients.

Historically, it is abnormal that males have such an enormous loss of vitality in their 50’s, 60’s or even 70’s. Alexander the Great’s top-general Parmenion was in his mid 70’s while leading men into battle. In fact, his Macedonian army’s toughest soldiers – the Silver Shields – were composed of undefeated battle-hardened veterans ranging from 60-80 years old and handily defeated younger and more numerous opponents. Moses was in his eighties when he led the Israelites out of Egypt. Jack La Lanne is a living testimony to the naturopathic diet and exercise paradigm (claims he has not eaten a sugary dessert since 1929), who at the age of seventy, towed seventy boats holding seventy people for a mile and a half across Long Beach Harbor while handcuffed and shackled. Mr. La Lanne is still going strong today in his nineties.

Instead of studying why men lose their vitality, it seems more logical to focus our energies on learning the habits, lifestyle and diet of men that retain their vitality. The massive health problem that lies on society’s shoulders will only logically be overcome once the naturopathic message becomes widespread and understood. I believe naturopathic medicine (explained properly) is extremely attractive to males because it places the patient in the driver’s seat with a plan and a clear goal versus being left scratching their head with a prescription and unanswered questions.

I attempt to explain to male patients that while under my care (for an orthopedic condition), as each and every second passes, their cells are going to divide in a more perfect manner, secretions will be made that are more conducive to cellular “self-actualization”; their investment into the naturopathic paradigm predictably unfolds a chain of events: more viscous joint fluid leads to reduced pain, which allows for more activity and exercise, leading to less depression, better sleep and higher mental capacity, producing better interpersonal affairs, an increased outlook on life, heightened family & work relationships, etc. What a return! Increasing male productivity is truly an ND’s open door to building a successful practice.

David A. Tallman, DC, NMD, studied at the Ohio State University for his undergraduate education. He then attended Texas Chiropractic College in Pasadena, Texas, where he received a Doctorate of Chiropractic with an internship focus on orthopedics and radiology. He earned a Doctorate of Naturopathic Medicine at Southwest college of Naturopathic Medicine in Tempe, Arizona. Dr. Tallman is in private practice in Scottsdale, Arizona where he treats orthopedic and rheumatological conditions. 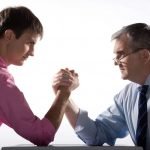 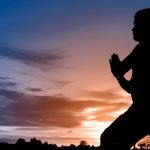