Attention deficit disorder (ADD) and attention deficit and hyperactivity disorder (ADHD) have become a major societal problem that has sparked furious debates over proper diagnosis and treatment both within and outside the medical community. The issue is made even more emotionally volatile because the disorder is usually associated with children. However, the disorder is clearly not limited to pediatric populations and does not only affect the lives of those suffering from ADD/ADHD during their childhood and adolescent years. There are traits of the disorder, and associated disorders, that persist well into adulthood. Those afflicted with ADD/ADHD are a truly diverse group. They vary widely in their level of intelligence, and the disorder can be found not only in those subjects who are intellectually challenged with learning disabilities but also in brilliant scholars, talented artists, and wealthy entrepreneurs. The disorder seems to span all races, socioeconomic classes, and boundaries. While the average person envisions the ADD/ADHD subject as being a hyperactive and out-of-control child, in reality, many are shy and silent daydreamers. This has led to a refining of the diagnosis into the ADD and ADHD subclassifications. According to the American Psychiatric Association, there are three subtypes of the disorder: primarily hyperactive type, primarily inattentive type, and the combined type.

A multitude of studies strongly suggest that ADD/ADHD is associated with significant dysfunction in brain activity. Modalities such as MRI, PET, and EEG have all demonstrated problems in the frontal regions of the brain in those with ADD/ADHD. Within the prefrontal cortex of the brain there are specialized regions known as the executive centers. It is within the executive centers that the complex tasks of judgment, moral thought and organization, reasoning, and deep cognitive thought take place. Barkley and his group have studied the executive centers extensively and have determined that, as the name implies, the executive centers exert authoritative control over the rest of the brain. The executive centers inhibit many of the impulses from the cortex prompting an individual to talk, move, act with aggression, and so forth. These impulses arise frequently but may be inappropriate at that particular moment. It is the task of the executive centers to make judgments on what actions and impulses are appropriate, and which are not, given the setting and circumstances. In ADD/ADHD subjects this authoritative control of the executive centers seems to not function properly. The executive centers, unfortunately, appear to be the most sensitive areas of the brain to cellular stress and damage by trauma, toxins, stress, and nutritional insufficiencies. The profound increase in cumulative toxicity, emotional and physical stress, and the reliance on nonnutritious foods of convenience by those in the Western industrialized countries have been theorized by many researchers in this field as the prime reasons for the meteoric rise in this condition in the disorder in these countries. These factors are particularly critical during infancy and childhood when the brain is rapidly developing.

One example of how the executive centers can be affected by substances is that of alcohol. Alcohol has the effect of reducing executive inhibition and can result in the frequently observed phenomena such as a normally shy person becoming extremely talkative and outgoing and the “life of the party” after drinking. Conversely, others who are normally passive may become aggressive and impulsive and engage in activities that they regret later. This is the so-called angry drunk. Rugle and Melamed go on to say, “Deficits in executive, frontal mediated attention processes have been observed in substance abusers. A significant rate of childhood histories of attention deficit hyperactivity disorder has also been reported in this population, creating the question of whether attention problems predated addiction or were secondary to neurological drug or alcohol effects in pathological gamblers. Our results suggest that attention deficit may be a risk factor for development of addictive disorders.”

Schubiner and colleagues state, “A significant overrepresentation of ADD/ADHD exists among inpatients with psychoactive substance use disorders.” Molina and Pelham found that persistence of ADD/ADHD and adolescent conduct disorder (CD) were each associated with elevated substance use behaviors relative to controls. Eyre and colleagues found that 22% of a study population of 157 opiate addicts seeking treatment reported childhood histories of hyperactivity, which is significantly higher than the percentage found in the general population. In a study by Flory and colleagues, it was determined that individuals with symptoms of both ADD/ADHD and CD were at special risk for substance abuse. The authors go on to say, “Relations between childhood ADHD and CD symptoms, and young adult tobacco, alcohol, marijuana, and hard drug use and dependence symptoms, were examined in a sample of 481 young adults. ADD/ADHD and CD symptoms interacted to predict marijuana dependence symptoms and hard drug use and dependence symptoms, such that individuals with high levels of both ADD/ADHD and CD had the highest levels of these outcomes.”

The Role of Dopamine

The observed characteristics of ADD/ADHD are thought to be ultimately due to improper dopamine activity in the executive centers. A relative lack of dopamine in the neurons within the executive centers of the brain may explain many of the symptoms of the disorder. A firm genetic link between ADD/ADHD, conduct disorders, and dopamine has been suggested by the work of Comings and colleagues by virtue of an association between the presence of the 7 repeat allele of the 48 bp repeat polymorphism of the third cytoplasmic loop of the dopamine D4 receptor gene (DRD4) and novelty-seeking behaviors, attention deficit hyperactivity disorder (ADHD), Tourette syndrome (TS), pathological gambling, and substance abuse. Amphetamine drugs, such as Ritalin and Dexedrine, have beneficial effects on the behavior and attentiveness of those with ADD/ADHD mainly due to their effect of blocking the reuptake of dopamine from the neuronal synapses, thereby increasing available dopamine in the executive centers. These drugs also increase the production of stress hormones, such as cortisol and catecholamines. While increases in these hormones have many negative effects in the long term, they do give the subject a feeling of exhilaration and satisfaction, which is missing without the use of stimulants.

The last few decades have seen significant rises in drug abuse, alcoholism, gambling, and promiscuous sex, which often seem to be eroding society itself. Drug and alcohol treatment centers are overflowing. Extreme sports of the X generation have become the rage. We seem to be a population that is willing to keep pushing the limits for just a bit more of a rush and a temporary feeling of ecstasy. Might there be a connection between the increase in addictive and extreme behaviors and the increase in ADD/ADHD? There are startling studies and a plethora of evidence to suggest that this is the case. Some of the most interesting research involves the neurological basis of addiction, and it has become clear that there is a very strong neurological basis to chemical dependency and addictive behaviors. The aforementioned executive centers are in the frontal cortex, as are the pleasure or reward centers. Similar to the executive centers, the reward centers when stimulated release the neurotransmitter dopamine. Humans and all animals require a certain amount of pleasurable signals from the reward centers on a daily basis in order to achieve contentment. The incidence of ADD/ADHD among alcoholics and drug addicts is significantly higher than in the general population. Cocaine, nicotine, and amphetamines directly stimulate the brain’s reward centers and lead to the release of dopamine. Cocores and colleagues determined that dopamine depletion results from chronic cocaine abuse and that dopamine deficiency has been associated with ADD/ADHD. Dopamine agonists such as Ritalin have been effective in the treatment of ADD/ADHD, although an overreliance of that approach has justifiably created significant controversy. The Cocores group also demonstrated that cocaine addicts without a premorbid history of ADD/ADHD may experience a temporary cocaine-induced ADD/ADHD state (please see abstract at end of this article).

Many with ADD/ADHD become addicted to the adrenaline rush of their conduct disorder and gladly assume the risks of their hazardous pursuits in exchange for the temporary thrill, rather than engage in a safe but boring existence. The work of Gerra and colleagues suggests that postsynaptic adrenoceptor sensitivity is decreased and, possibly, that presynaptic noradrenalin secretion is increased in ADD/ADHD patients with heroin addiction. It appears that those with ADD/ADHD and addictive behaviors or conduct disorders both suffer from an insensitivity of the reward or pleasure centers and may require greater and greater stimulation to achieve contentment. This frontal cortical dysfunction can result in hyperactive, addictive, and risky behavior among other things. Both these disorders are now considered “reward deficiency syndromes.” ADD/ADHD subjects often seems to find a temporary solution to the general turmoil of their life by virtue of their substance abuse or risky behavior, and may only feel truly focused and satisfied when they are engaging in their addiction.

Cocaine and Ritalin (methylphenidate) have similar “affinities” for—or capacities for “binding” of—the dopamine reuptake pump that prevents the normal clearance of dopamine from the synapse, thus causing an increase in the stimulating action of dopamine. Any drug capable of disabling the reuptake pumps (the primary explanation for how the so-called selective serotonin reuptake pump inhibitors—SSRIs—are supposed to help depression) increases, sometimes for extremely long periods, the concentration of neurotransmitters in the synapse to a point of actual hyperstimulation of the receptors. Inhibition of the dopamine reuptake pump’s action is how most of the synthetic chemicals marketed by pharmaceutical companies as psychostimulant drugs actually do what they do (not to mention those illegally sold as high-inducing and addictive street drugs).

Unfortunately, the brain recognizes those actions as overstimulation and soon shuts down, actually causing some of the receptor sites to disappear, changing the anatomy of the brain in the process.

And so the article by Volkow and colleagues again warns us about the use of dependency-inducing drugs for kids whose brains aren’t yet hardwired. This reality comes as no surprise for whistle-blower scientists and others, including concerned parents of active or occasionally inattentive children, who have been alarmed by the incautious prescribing of the amphetamine analog Ritalin by mainstream medicine for the last generation or two.

Studies in lab animals have repeatedly shown the addicting qualities of both Ritalin and cocaine.

The IV administration of Ritalin in drug abusers has been shown to induce a “high” similar to that of IV cocaine.

And the overstimulation of dopamine receptor sites in the brain (dopamine is the most important neurotransmitter involved in feeling “high”) is what causes people and animals to want that sensation again and again, especially when despair, loneliness, or frustration is present.

One of the amazing results of this study was that the affinity of Ritalin to the dopamine reuptake pumps was 65% higher than that of cocaine, a nonsynthetic substance that therefore is more easily metabolized and has a shorter half-life. 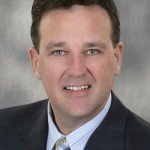 David M. Brady, ND, DC, CCN, DACBN, is a naturopathic physician, board-certified clinical nutritionist, and doctor of chiropractic. He is the chief medical officer of Designs for Health, Inc. and serves as a technical consultant to Metametrix Clinical Laboratory. He is also presently the director of the Human Nutrition Institute at the University of Bridgeport, and is an associate professor of clinical sciences at the University of Bridgeport, Colleges of Naturopathic Medicine and Chiropractic in Bridgeport, Connecticut. Dr. Brady also maintains a private practice at The Center for the Healing Arts in Orange, Connecticut, where he specializes in functional and metabolic medicine. 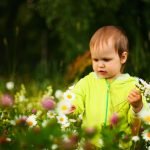 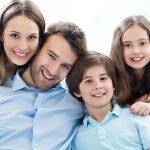