Listen to the System: Case Study Demonstrates How the Solution Always Presents Itself

Jane is a pleasant, elegant, 60-year-old lady. She presented with a big, warm smile. Her chief complaints, however, were a concomitant history of vestibular and headache issues dating from the mid-1990s. There was also a past history of a mild MI and gallstones, resolved by surgery.

The vestibular issues came in attacks, though they have not been a problem recently. They were characterized by a sick feeling and dizziness. If standing still, Jane would feel her balance going and there would be a tendency to fall backward. If she would just lean forward, everything would be fine. There were times when it appeared that she was walking as if intoxicated. In the midst of an attack, it was best to lie still, curled up on the left side. On attempting to stand, the dizziness and nausea would return.

From the mid-1990s until 2004 there were generally at least 4 good, symptom-free weeks between vestibular episodes. The episodes lasted 10-14 days. Since 2005, there has been no pattern, but recent recurrence.

Jane described the headaches as migraines. They were always left sided, above the eye and extending to the occiput. She described the pains as twisting or wringing. The pains were worse from touch, from turning the head to the left and from lying on the left side. Typically during a headache she would lie on her right side with an ice pack. Interestingly, these positional modalities are opposite to the modalities of her vertigo!

Jane was generally warm blooded. She suffered from very intense hot flushes. Oddly, Jane commented that no matter how burning hot she may be, there was sensitivity to cool air. Her neck was so very sensitive to cold and draft that relatively cool air or wind would cause spasm in the neck.

Her sleep was disturbed by the hot flashes.

She craved about one cola per day.

Over the last year, her neck had been a bit sensitive to the feel of clothing.

Jane described herself as having spent years keeping other people happy: “People are upset if I’m not ‘Merry Sunshine.’” She was yielding; wept easily; did not readily hold a grudge; and seemed to have a kind of soft, maternal persona.

I interpreted the desire to keep others happy and to present as they wished to be indicative of a yielding nature. Jane wept several times during the interview, especially as she described needing to be cheerful for others. She was generally warm blooded, so I preferred a warmer remedy.

In fact, my case seemed to be insufficiently characterizing. I am troubled by the fact that I seem to need a remedy that is warm yet decidedly sensitive to cool air around the neck and, at the same time, has this disposition to please. No remedy goes through the top three rubrics (see Rubric 1). What if I choose a different rubric – mildness instead of yielding? (see Rubric 2).

Sulphur could fit the bill, but it’s not really a strong representation of Sulphur and it is a polycrest. I really don’t see much of a solution here. I incline towards Pulsatilla, because it is a better general fit despite the absence of coldness in the cervical region. The result is negative. OK, so I default to Sulphur and, again, no go. Strike two is not feeling like an accomplishment.

The patient returned for her follow-up appointment smiling and sweet, but the headaches were pretty bad. She had been waking with migraines every morning. It felt like her head might explode.

So, what now? It struck me that I was focusing on the general case and assuming that whatever remedy Jane needed was the chronic remedy she had always needed. Was there any evidence to the contrary?

That little symptom regarding sensitivity to clothing around the neck is newer … Could that be a departure from her usual remedy state? If we then consider the increased waking with headache … Hold it … What about all the left sidedness in the original case?

The follow-up appointment provided more interesting facts: It seemed that Jane was suffering a bad cold. The most intense discomfort around it was a sore throat that was worse in the morning and left sided. Yes, it was so apparent even I could see it. Lachesis 200, one dose. Jane’s sore throat was gone in a day, and she had no headaches for three months. Unheard of!

If only we keep listening to the system, it will guide us. 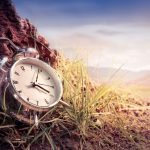 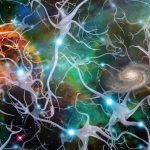