With spring fast approaching, I’m already dreading the shock of switching back to Daylight Saving Time (DST). This leads me to ponder why we still bother switching the clocks like this. I can never remember when we do it and which way we are supposed to move the clock, no less why. The rationale to justify DST is no longer valid, and published data suggests that DST may be detrimental to our health.

Though the idea of DST was conceived by William Willett, Benjamin Franklin often is given credit for being the first to suggest DST. This stems from a letter Franklin wrote while living in Paris in 1784 in which he half-jokingly calculated how much money might be saved if people were to wake earlier in the morning. At the time, the fashion was to stay up late and sleep through the morning … at least, that’s what the crowd Franklin hung out with did. His math suggested that the 100,000 inhabitants of Paris could save 64,050,000 pounds of candle wax over a 6-month period (Franklin, 1784). Franklin, as always, was ahead of his time.

Before we talk about DST, we first must talk about Standard Time. Until recently, all time was local. Clocks were set to noon when the sun reached its daily zenith. This worked fine while people traveled on foot, however there was a disruption once they started traveling faster.

The railroads messed things up. Trains created the need for standard time, as they needed all clocks in all towns set to the same time. Without a common time, how could you run a train on schedule? Standard Time was first adopted in Great Britain. Great Western Railway set all its trains to London time in 1840, and by 1847 most other British railroads had done the same. By 1855, most clocks in Britain were set to Greenwich Mean Time (GMT), though the legal system held out and didn’t adopt GMT until 1880.

The U.S. was behind the time. Standard times and time zones weren’t adopted until 1883. Detroit held out, keeping a local time 28 minutes later than Central Standard Time until 1900.

Germany and Austria initiated DST during World War I, on April 30, 1916, moving their clock hands one hour ahead to conserve energy. The rest of Europe, Canada and Australia immediately copied the Germans and Austrians. The U.S. held out until 1918. DST was unpopular in the U.S., and was repealed in 1919.

President Roosevelt reinstituted year-round DST from February 1942 to September 1945. It was a free-for-all from 1945 to 1966, with states and localities making their own decisions whether or not to observe DST. Confusing? You bet, especially for TV, radio, trains and airlines.

In January, 1974, President Nixon restarted DST as an emergency measure to reduce energy consumption during the oil embargo. Congress returned the U.S. to standard time in October, 1974. DST resumed in February, 1975 and ended in October, 1975. Looking back, it all appears rather random, arbitrary and almost chaotic.

These days in most of the U.S., DST begins at 2 a.m. on the second Sunday in March and reverts to standard time on the first Sunday in November.

There are problems coming to light with this entire DST business. First off, it’s dangerous; and second, it doesn’t ‘save’ anything.

Our recent worries started with an article published in the 2004 Journal of the American College of Cardiology on the “Effect of Sleep Loss on C-Reactive Protein, an Inflammatory Marker of Cardiovascular Risk.” In simple terms, missing sleep triggers an inflammatory reaction, a reaction that we now know increases the risk of both myocardial infarction and stroke (Meier-Ewert et al., 2004).

When we shift into and out of DST, we disrupt our circadian clocks. Actually, it’s more complicated than that. Although work and school schedules follow the clock, biological rhythms stick with the sun (Kantermann et al., 2007) and don’t adjust like we pretend they do. Messing with internal clocks is trouble. Even waking on time for work on Monday mornings is a problem.

In 2005, the European Journal of Epidemiology reported that men were more likely to have heart attacks on Mondays than any other day of the week. “The odds ratio (OR) of sudden cardiac death on Monday compared to other days of the week was 1.20 … The excess mortality due to the Monday peak amounted to 4.9 per 1000 deaths. The Monday peak was more pronounced in non-hospitalized … than in hospitalized patients” (Witte et al., 2005).

So when you feel like everything is an uphill slog through mud on a Monday morning … well, your heart agrees with you. Real concern about DST started just before our most recent ‘time shift’ when, on October 30, 2008, the New England Journal of Medicine published an article, “Shifts to and From Daylight Saving Time and Incidence of Myocardial Infarction.” Imre Janszky of the Karolinska Institute and Rickard Ljung of the National Board of Health and Welfare carefully evaluated Swedish medical records and found: “The incidence of acute myocardial infarction was significantly increased for the first 3 weekdays after the transition to daylight saving time in the spring. … In contrast, after the transition out of daylight saving time in the autumn, only the first weekday was affected significantly” (2008).

Janszky explains this phenomenon: “The most plausible explanation for our findings is the adverse effect of sleep deprivation on cardiovascular health. According to experimental studies, this adverse effect includes the predominance of sympathetic activity and an increase in proinflammatory cytokine levels. Our data suggest that vulnerable people might benefit from avoiding sudden changes in their biologic rhythms.”

“… people in Western societies are chronically sleep deprived, since the average sleep duration decreased from 9.0 to 7.5 hours during the 20th century. Therefore, it is important to examine whether we can achieve beneficial effects with prolonged sleep” (Janszky, 2008).

Noting that prior reports of higher infarction risk on Mondays were explained as simply being associated “with the mental stress of starting a new workweek and the increase in activity,” Jansky provides another explanation: “…there is another, sleep-related component in the excess incidence of acute myocardial infarction on Monday. Sleep-diary studies suggest that bedtimes and wake-up times are usually later on weekend days than on weekdays; the earlier wake-up times on the first workday of the week and the consequent minor sleep deprivation can be hypothesized to have an adverse cardiovascular effect in some people. This effect would be less pronounced with the transition out of daylight saving time, since it allows for additional sleep.”

That sleep deprivation and attempts to suddenly shift circadian rhythm create inflammatory reactions in the body makes sense. That these changes can be measured in mortality still is surprising.

Though this association with DST and heart attack risk is new, safety experts knew already to expect increased car accidents during shifts both into DST in the spring and out of it in the fall (Varughese and Allen, 2001).

Energy and Money Savings of DST

While it is becoming clear that DST isn’t good for us, the rationale that DST saves energy and money has also been undermined. In an op-ed piece in the November 19, 2008 New York Times, Matthew Kotchen and Laura Grant from the University of California – Santa Barbara, talk about their research that disproves this idea. In Ben Franklin’s time it was relevant to calculate candle wax spared from using “sunshine rather than candles,” but his calculations no longer hold.

Kotchen and Grant conducted “a study in Indiana, where daylight time was instituted statewide only in 2006. Before that year, daylight time was in effect in just a handful of counties. This change of policy offered a unique, natural experiment to measure the overall effect on residential electricity consumption.”

They found “that daylight time caused a 1% overall increase in residential electricity use. … Daylight time costs Indiana households an average of $3.29 a year in higher electricity bills, or about $9 million for the whole state.”

Why such an increase?

“While daylight time reduces demand for household lighting, it increases demand for heating in the early spring and late fall (in the mornings) and, even more important, for cooling on summer evenings. Benjamin Franklin was right about candles, in other words, but he did not consider air conditioners.”

They point out that, “In regions of the United States where demand for air conditioning is greater than in Indiana, this spike in cooling costs is likely to be even greater” (Kotchen and Grant, 2008).

So if DST increases heart attack incidence, increases car accidents, and costs us more in energy consumed, why do we implement it? There doesn’t seem to be a good reason; it’s just something we tried and, it turns out, doesn’t work. Franklin’s candle wax calculations were written half in jest, not so much as a practical suggestion but more as a critique of life in Paris, where the well-off rarely got out of bed before noon. It may prove difficult to do away with this tradition. Or, perhaps the energy savings that could result from repealing the DST laws could make it a no-brainer.

In the meantime, come March, it would make sense to address the increased health risks associated with changing to DST, at least with our high-risk patients. The easiest fix would be to make the change gradually, for example, changing the alarm at daily ten-minute increments for six days rather than the full hour on one day. I plan to tell our clinic’s front desk to start my patient appointments later for a few days. Or we could compensate for the expected increase in inflammation and c-reactive protein by having them drink a bottle of tomato juice or grape juice over the course of the week.

The real benefit of all this information is that it provides an excellent springboard twice a year to point out the value to your patients of a good night’s sleep. Whether we are falling back to return to standard time in the fall or springing forward to DST in the spring, people will complain. Take advantage of this conversational topic. Tell them that even that hour lost in the spring or the hour gained in the fall doesn’t just change c-reactive protein but is enough to cause a measurable change in heart attack rates. We might not be able to abolish DST, but we can certainly help our patients appreciate the danger of sleep deprivation and send them home with a greater appreciation of the importance of sleep.

Jacob Schor, ND, FABNO is a 1991 graduate of NCNM and has practiced in Denver for the past 17 years. He served as president of the CANP from 1992 to 1999. He has served on the board of directors of the OncANP since 2006 and currently acts as secretary to the board. He is a Fellow of the ABNO. He was utterly shocked and humbled at the 2008 convention of the AANP to be presented with the Vis Award, an honor bestowed in the memory of William Mitchell. He is incredibly lucky to practice with his wife, Rena Bloom, ND. Dr. Schor writes newsletters for his patients that are popular with doctors and students alike.

Franklin B: Letter to the editor, Journal of Paris, 1784. 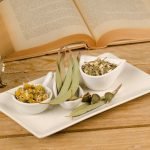 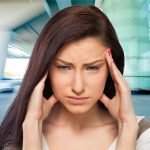