A Loss to the Profession: Ed Alstat, ND, RPh 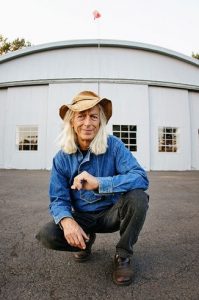 It is with deep sadness that we share the news of the sudden passing of Dr. Ed Alstat, a dear friend to NUNM, as well as to the naturopathic profession. Ed’s life was tragically cut short in an auto accident Friday near his home in Sandy, Oregon.

For nearly 40 years, Ed devoted his life to the development and advancement of botanical medicine. In 1982, shortly after his graduation from NCNM, Ed founded Eclectic Institute and Farm, a 90-acre certified organic farm. A pioneer in organic farming practices in the U.S., Eclectic was especially noted for its high-quality dietary supplements, including echinacea, black cohosh, calendula and other medicinal plant species.

Passionate about the Purity of his Plants and Herbs

Ed was passionate about the purity of his plants and passionate about herbs. He dedicated his life to advanced farming techniques in herb production and helped spread the gospel of botanical medicine wherever and whenever he could.

Ed was a Scientist

Before his graduation from NCNM, Ed graduated from the St. Louis College of Pharmacy and after an internship at Deaconess Hospital, became a registered pharmacist. He was licensed in California and Oregon.

One of NUNM’s Great Unsung Heroes

Ed is one of NUNM’s great unsung heroes and his legendary contributions populate the history of our university. He served as NCNM medicinary director (he actually established Eclectic in the basement of NCNM’s Market Street facility). A very generous check from Ed helped keep NCNM solvent and its doors open in 1984, a terribly difficult financial time for the school. But Ed’s generosity didn’t stop there. In the years to follow, he donated 10% of Eclectic Institute’s profits to help ensure NCNM’s ongoing stability. In 2001, Ed was recognized with an NCNM President’s Medallion for his extraordinary efforts to help NCNM flourish and grow.

Offered Continued Support to NCNM Students and Graduates Through the Years

Through the years, Ed continued to support NCNM students and graduates with offers of employment and student scholarships. He also helped present seminars and financed clinical research studies in botanical medicine. Ed’s support and advocacy for botanical medicine won him the recognition of the American Association of Naturopathic Physicians in 1996, when he was awarded a Presidential Citation “for outstanding leadership in providing substantial and ongoing contributions to the AANP, and the naturopathic medical colleges.” In 2011, Ed was inducted into the NUNM Hall of Fame at the OANP Living Legends Awards dinner.

in 2012, Ed Turned his Farm Over to ND Students to Launch the ReVitalization Retreat

Beginning in September 2012, Ed turned his farm over to a group of naturopathic students to launch the ReVitalization Retreat, an annual weekend for NUNM students, and later for students from our sister schools, to experientially learn about Nature Cure approaches from ND elders. Ed helped erect teepees and arrange amenities so that the students could live on his land for the weekend as they learned about the marvels and benefits of mud baths, hydrotherapy, clay packs and wet wraps in the beautiful natural setting of Eclectic Farm, located at the base of Mt. Hood.

A Great Loss for the Naturopathic Profession; He will be Missed

Ed’s personal humility belied his great contributions. The naturopathic profession has lost a great and enduring friend in Ed Alstat. We will miss him.

We’ll share information about his memorial service as those details emerge. 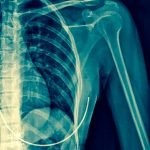 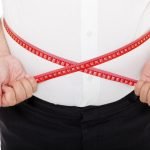