According to a new study out of the University of Southern California, behavioral interventions could help doctors slow the rise of treatment-resistant infections in hospitals and clinics, reduce adverse drug events in patients, and lower health care costs.

The principal investigator offers that, “Until now, most efforts to reduce antibiotic prescribing have involved education, reminders or giving financial incentives to physicians.” The study published in The Journal of the American Medical Association wants to take it a step further.

The study took 49 practices in Boston and Los Angeles and over 18 months, two of the interventions studied collectively prevented an average one in eight inappropriate prescriptions of antibiotics for treatment-resistant acute respiratory infections. When doctors prescribe antibiotics for the common cold, which wouldn’t help since the common cold is a virus, it causes a prevalence of antibiotic-resistant infections.

The three “nudges” the study evaluated were the peer comparison technique, accountable justification technique and the suggested alternatives technique. 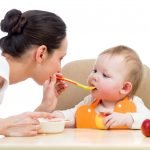 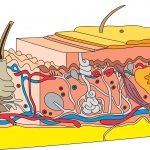