According to a study out of the German Research Center for Environmental Health and published in Diabetologia, after studying the metabolism of women with gestational diabetes after giving birth, mothers were seen to have long-term metabolic changes due to breastfeeding for more than three months.

Four percent of all pregnant women in Germany develop gestational diabetes before the birth of their child. After delivery, the blood sugar levels initially return to normal. However, half the mothers affected developed type 2 diabetes within the next ten years. It has been shown that lactation can lower this risk by 40 percent.

The study included nearly 200 patients who had developed gestational diabetes. After measuring their blood, the researchers compared the samples on the basis of 156 different, known metabolites.

“We observed that the metabolites in women who had breastfed for more than three months differed significantly from those who had had shorter lactation periods,” the main researcher said. “Longer periods of lactation are linked to a change in the production of phospholipids and to lower concentrations of branched-chain amino acids in the mother’s blood plasma.” The researchers noted this is interesting because the metabolites involved were linked in earlier studies with insulin resistance and type 2 diabetes.

“The findings of our study provide new insights into disease-related metabolic pathways that are influenced by lactation and could thus be the underlying reason for the protective effect.”

So if you develop gestational diabetes prior to birth, it may be prudent to breastfeed or breastfeed longer than you initially thought. 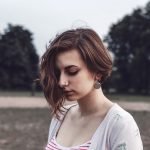 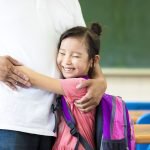