A recent article addresses a possible side effect of excessive cannabis consumption. Cannabinoid hyperemesis syndrome (CHS) is characterized by cyclic attacks of nausea and vomiting in chronic cannabinoid users. Interestingly, there also seems to be a learned behavior of compulsive hot bathing that accompanies. There have been 3 recent deaths of individuals with a history of CHS.

Individuals with a history of Cannabinoid Hyperemesis Syndrome

The deceased all had a history of cyclical nausea and vomiting, chronic cannabinoid use and negative laboratory, radiological and endoscopic findings. They all presented to the emergency room with nausea and vomiting days before death, and were treated symptomatically. Toxicology screening revealed high levels of tetrahydrocannabinol in their blood postmortem. The causes of death of two of the three cases was attributed directly to CHS. CHS was noted, and diagnosed in the third case but not attributed as the cause of death.

These  3 cases highlight the need for recognizing CHS

These three cases do highlight the need for recognizing CHS and its potential for serious complications and death in heavy and chronic cannabinoid users.

“Cannabinoid hyperemesis syndrome (CHS) is a variant of cyclical nausea and vomiting syndrome that was first described in 2004 as an adverse effect of cannabis consumption. Since introduced by Allen et al., numerous cases of CHS have been reported. Its legitimacy was validated by ROME IV criteria in 2016 for functional gastrointestinal disorders with defined diagnostic criteria. CHS typically occurs in males with excessive daily cannabis use over a prolonged period of time (more than 2 years). It is resistant to the current treatment; however, it is relieved by sustained cessation of cannabis use. Interestingly, patients with this condition engage in a repetitive and compulsive behavior of taking hot showers to temporarily reduce their symptoms. Diagnosis of CHS is generally established after numerous emergency department visits and negative laboratory, radiological, and endoscopic tests to exclude non-functional causes of nausea and vomiting. However, while laboratories are negative in finding a physiological cause for the vomiting, most of these individuals develop nonspecific electrolyte disturbances, indeed the reason pathologists can attribute CHS to cause of death.” 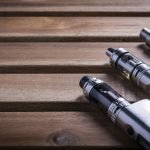 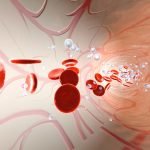