Children Not Getting Epinephrine When Needed, Prior to Arriving at ED

In a very interesting study, the routine use of epinephrine for anaphylaxis was analyzed. It was found that less than half of children presenting to emergency departments for acute anaphylaxis were administered epinephrine before arriving to the hospital, though a majority of these patients had been previously prescribed epinephrine autoinjectors (EA).1 Epinephrine is the first line treatment for acute anaphylaxis (severe allergic reaction), and should be administered as soon as possible.2 Individuals with a history of anaphylaxis should be prescribed an EA, and be familiar with its use, and when to use it.

Anaphylaxis is a Serious Concern and Possibly Fatal

Anaphylaxis is a serious concern and can cause death through acute respiratory obstruction, causing asphyxiation.

The study looked at 408 children seen at an emergency department (ED) or urgent care (UC) for anaphylaxis. Records confirmed that less than 50% of those children were given epinephrine prior to their arrival, even though approximately 65% had a history of anaphylaxis and 47% had an EA prescription. The study found that children who had presenting symptoms at school were more likely to receive epinephrine than those who had severe allergic reactions at home.

The conclusions of this study are that many aspects of proper epinephrine use need to be communicated to patient populations with a history of anaphylaxis, and EA prescriptions.

From another recent publication, some education points include:2 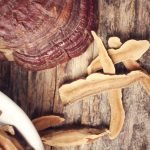 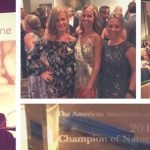