Maybe Right Around the Corner

A researcher from The University of Texas Health Science Center, Bruno Doiron, Ph.D, has been working on developing a new treatment that could potentially cure type 1 diabetes and change the treatment of type 2 diabetes dramatically. The idea itself is groundbreaking, since type 1 diabetes is an autoimmune process, during which the immune system attacks and destroys the beta islet cells of the pancreas. No beta islet cells, no insulin. Type 1 diabetics have always needed to supplement their insulin. Perhaps no more?

The method involves actually inducing insulin secreting capacity in other cell types of the pancreas. Through a gene transfer process, using a viral vector, selected genes are introduced into other pancreatic cells which then give them the ability to secrete insulin.1 The method has worked “perfectly,” on mouse models, “cur[ing] mice for 1 year without any side effects. That’s never been seen.” said Dr. Doiron, assistant professor at UT Health. Caution is being used in moving forward, with the understanding that these studies have only been conducted on mouse models, and larger animals that have physiology closer to the human endocrine system are needed. But it is still very exciting.

In type 1 diabetes, the immune system is only attacking beta cells, if other cells are induced to secrete insulin when exposed to glucose, those cells should be safe from the autoimmune response. The therapy also helps regulate blood sugar in type 2 diabetic mice, and could usher in new therapy options for this condition as well. It’s years away from human trials, however with the growing number of diabetics worldwide, this curative approach could be a radical shift in diabetes care/treatment. 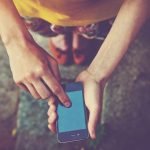 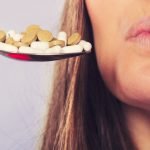