Research, conducted at the Loyola University Health System, has shown that excessive alcohol intake is associated with respiratory changes.

Researchers conducted studies in order to examine the affects of alcohol consumption on multiple organ systems. Data from over 12,000 participants was included in the analysis. Participants were classified into various categories depending on their drinking frequency. Excessive drinkers was described as individuals that consumed more than one drink per day for women, and more than two drinks per day for men. Binge drinking was considered four or more drinks in one occasion for women, and more than five drinks in one sitting for men, in a one-month period.

Data showed that 26.9 percent of participants were classified as excessive drinkers. Results showed that in participants who drank heavily, there was less exhaled nitric oxide, when compared to participants who never drank. Nitric oxide is important for killing bacteria, and to support the body’s natural immune system. These findings suggest that with this reduction in nitric oxide exhalation, it is likely that there would be deficits to an individual’s immune system defenses, and more opportunity for infectious bacteria to colonize.

This study emphasizes that physiological changes occur in heavy drinkers, that puts them at risk for respiratory complications, and difficulties. 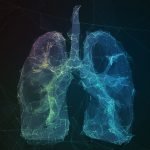 Understanding Why Cancer Spreads to the Lungs Naturopathic News 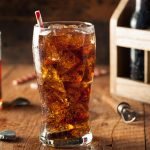