According to a study out of the Brigham and Women’s Hospital and Harvard Medical School, there is a link between consumption of Aspartame, as well as sugar-containing soda and the risk of lymphoma and leukemia in one of the most comprehensive studies ever done on the artificial sweetener.

The researchers assessed diet in the Nurses’ Health Study (NHS) and Health Professionals Follow-Up Study (HPFS), and identified non-Hodgkin Lymphomas (NHLs), along with myelomas, and leukemias. They also assessed all nondietary covariate measures, including weight, smoking status, and cigarettes smoked per day, discretionary physical activity, and multivitamin use.

Interestingly, both men and women in the highest category of greater than or equal to one serving of diet soda per day were younger on average than subjects with less frequent consumption. Then after adjusting for age, subjects with a higher intake of diet soda had a higher BMI and animal protein intake and were less likely to smoke. 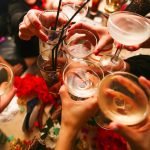 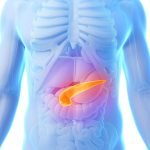 Potential Role for Vitamin A in Pancreatic CancerNaturopathic News