Since element 99 — einsteinium — was discovered in 1952 at the Department of Energy’s Lawrence Berkeley National Laboratory (Berkeley Lab) from the debris of the first hydrogen bomb, scientists have performed very few experiments with it because it is so hard to create and is exceptionally radioactive. A team of Berkeley Lab chemists has overcome these obstacles to report the first study characterizing some of its properties, opening the door to a better understanding of the remaining transuranic elements of the actinide series.

Published in the journal Nature, the study, “Structural and Spectroscopic Characterization of an Einsteinium Complex, “was co-led by Berkeley Lab scientist Rebecca Abergel and Los Alamos National Laboratory scientist Stosh Kozimor, and included scientists from the two laboratories, UC Berkeley, and Georgetown University, several of whom are graduate students and postdoctoral fellows. With less than 250 nanograms of the element, the team measured the first-ever einsteinium bond distance, a basic property of an element’s interactions with other atoms and molecules.

“There’s not much known about einsteinium,” said Abergel, who leads Berkeley Lab’s Heavy Element Chemistry group and is an assistant professor in UC Berkeley’s Nuclear Engineering department. “It’s a remarkable achievement that we were able to work with this small amount of material and do inorganic chemistry. It’s significant because the more we understand about its chemical behavior, the more we can apply this understanding for the development of new materials or new technologies, not necessarily just with einsteinium, but with the rest of the actinides too. And we can establish trends in the periodic table.”

Short-lived and hard to make

But first, getting the sample in a usable form was almost half the battle. “This whole paper is a long series of unfortunate events,” she said wryly.

The material was made at Oak Ridge National Laboratory’s High Flux Isotope Reactor, one of only a few places in the world that is capable of making einsteinium, which involves bombarding curium targets with neutrons to trigger a long chain of nuclear reactions. The first problem they encountered was that the sample was contaminated with a significant amount of californium, as making pure einsteinium in a usable quantity is extraordinarily challenging.

So they had to scrap their original plan to use X-ray crystallography — which is considered the gold standard for obtaining structural information on highly radioactive molecules but requires a pure sample of metal — and instead came up with a new way to make samples and leverage element-specific research techniques. Researchers at Los Alamos provided critical assistance in this step by designing a sample holder uniquely suited to the challenges intrinsic to einsteinium.

Then, contending with radioactive decay was another challenge. The Berkeley Lab team conducted their experiments with einsteinium-254, one of the more stable isotopes of the element. It has a half-life of 276 days, which is the time for half of the material to decay. Although the team was able to conduct many of the experiments before the coronavirus pandemic, they had plans for follow-up experiments that got interrupted thanks to pandemic-related shutdowns. By the time they were able to get back into their lab last summer, most of the sample was gone.

Bond distance and beyond

Still, the researchers were able to measure a bond distance with einsteinium and also discovered some physical chemistry behavior that was different from what would be expected from the actinide series, which are the elements on the bottom row of the periodic table.

“Determining the bond distance may not sound interesting, but it’s the first thing you would want to know about how a metal binds to other molecules. What kind of chemical interaction is this element going to have with other atoms and molecules?” Abergel said.

Once scientists have this picture of the atomic arrangement of a molecule that incorporates einsteinium, they can try to find interesting chemical properties and improve understanding of periodic trends. “By getting this piece of data, we gain a better, broader understanding of how the whole actinide series behaves. And in that series, we have elements or isotopes that are useful for nuclear power production or radiopharmaceuticals,” she said.

Tantalizingly, this research also offers the possibility of exploring what is beyond the edge of the periodic table, and possibly discovering a new element. “We’re really starting to understand a little better what happens toward the end of the periodic table, and the next thing is, you could also envision an einsteinium target for discovering new elements,” Abergel said. “Similar to the latest elements that were discovered in the past 10 years, like tennessine, which used a berkelium target, if you were to be able to isolate enough pure einsteinium to make a target, you could start looking for other elements and get closer to the (theorized)island of stability,” where nuclear physicists have predicted isotopes may have half-lives of minutes or even days, instead of the microsecond or less half-lives that are common in the superheavy elements. 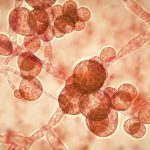 Importance of Fungi in Gut for Immune HealthNaturopathic News 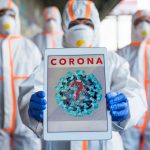 Most People Can Produce Neutralizing Antibodies to SARS-CoV-2Naturopathic News